What is your most smoothbrain moment in SS13? 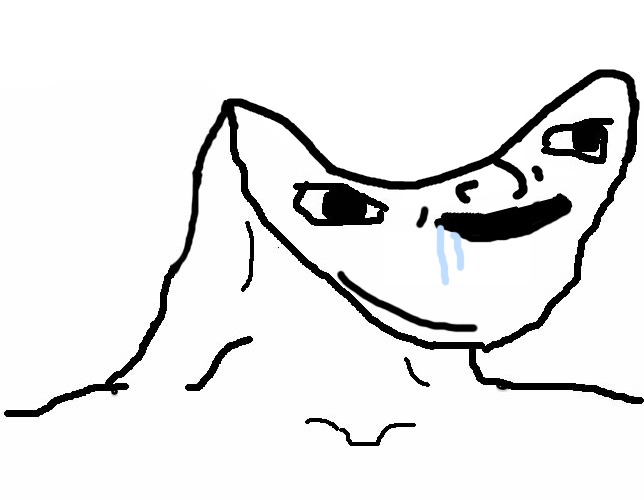 How about when I botch a full community ban and hit the wrong person on two out of three platforms?

When I was a newbie and started playing AI I fell for the threat of self harm by a human crew member to let them free. I didn’t know self harm doesn’t constitute human harm so I worried that it would violate my laws. So I released them from my containment trap. They then proceeded to bomb and kill me later in that round.

I am absolutely the worst AI for antags to bother hacking. I am terrible at keeping track of lings if they hack me and adjust my laws to aid them. I have accidently killed so many lings I should have been loyal to because of this. I realize this isn’t entirely my fault due to the nature of lings but like I am the worst AI to ever bother hacking if you are a ling in the round. I also still never learned how to properly flood the station with gasses when commanded to. I tried to learn I genuinely tried but I can’t figure this out. I even went on empty servers as AI to practice and never got it. Seriously if I am in a game with you and you’re an antag just murder me because I will be terrible at aiding you.

I also once straight jacketed myself for fun at the start of the round and trapped myself in the bathroom. It just so happens I was a kill target for one of the antags who found me there in the bathroom in a helpless state. They proceeded to choke me and I faked an emote message hoping it would lead to thinking I was dead… and it worked! They were so pissed to find out they didn’t green text because I was alive at the end of the round. I know I survived that encounter and all but it was sooo stupid of me to put myself in that situation to begin with.

Within probably my second week playing the game, I was a sec borg and had to arrest someone in the captains quarters. I didn’t realize that I needed to turn on my stun prod, so after poking the guy I thought “hm, what if I changed my intent to hostile? That should turn it on!”. I then proceeded to beat him into almost hard crit and didn’t realize mistake until the guy whispered screamed at me and I got bowinked for the first time.

I change my mind it was probably this, funny as fuck tho

Many of you were probably on that round where the entire fucking station burned and literally 50% of the people did not survive, and it destroyed everything from cargo to warden’t office to toxins to the engineering hallway. Today I’m going to teach you how to do that Step the first: Get an Emag Without an emag you can’t do steps 2 or 3, which are literally the only other steps Step the Second: Emag open a lot of doors around the holodeck including the holodeck itself, to let the air flow S…

Man, this was so fucking weird. I was just trying to figure out the game, when suddenly got a hunger meter. I tried getting some donuts, but here is the big deal: how the fuck do you open the box, right? I couldnt figure it out and apparently i joined a somewhat hrp server so one dude pointed and laughed, then two, then there is a crowd around the kitchen. All looking at me open a box. None of them helping. Then the captain got involved, and they fucking locked me in a glass pen with the only thing to accompany me being the dreaded box. I had to leave the game, because that was not fun at all. And then i opened it first try on another server

You win this thread.

I humbly request we also have a special rule regarding @BarrelBox that we can lock him in a room with a box of donuts anytime he is found playing.

How about when I botch a full community ban and hit the wrong person on two out of three platforms?

I’d say giving everyone @everyone perms was more smoothbrain

Me, new to being a traitor. Buy this emag thing people talked about, and I had no idea what it does. Try to emag a medibot in medbay. Smack it with the emag a couple of times. Sec officer next to me stares in confusion before pulling out disabler.

Probably around my first hours on bee, I spent 30 mins trying to save a corpse who was talking to me until someone told me that hallucination exsists

I had no items on me as a traitor, had an e-mag I hided away in some random suitcase in maints. Ran into an open maint door, and it locked behind me and I had no way of getting out and had to stay there till round end.

I mean, if you see me in game you are welcome to try

Even admins were disappointed

you shouldn’t feel bad. I did that at one point. We all learn somehow

My first time as a nukie, I knew how grenades worked, but my hotkeys werent working so my attempt to switch hands before clicking the grenade (just to swap the hand i was holding it in) instead caused the grenade to go off, blowing me and a fellow nukie up, and leaving a gaping hole in the nukie ship… All before we left the syndicate station…

once as nukie LEADER I had us wait for 15 minutes so the station would destroy iteself ala greenshift paranoia, but i was smoothbrain and anounced us existing by wasting all my money on crab phones, and then when I finally gave in and let the crew fly us to the station, I put on my nukie hardsuit, forgot to set internals, and fucking died 3 steps out of the shuttle.

Needless to say we lost the round

I would also attack people afterwards for not following the laws I wrote, because they “consented to their own death”, and then I convinced sec to raid robotics because they wouldn’t borg me and that was “against the law”

I was not a smart man