Hey hey.
I’ve been playing her and agrresive frenchness for some time now, and I’d like some feedback, more specifically about her accent.
While I try to keep it perfectly understable, I know some peoples have issues with it and I’d appreciate some feedback about that

bonjauer madamn dubois.
I would say a good character keept it up.

Honestly quite fun to interact with, it’s refreshing seeing someone act out a character like this in command positions instead of speedrun redtext valid%, even if it’s a little hard to understand what you’re saying at times.

Yeah, the part about it being hard to understand, if you could give out exemples, I would
really appreciate it!

Jokes aside though you’re one of the more enjoyable people to see in command comms.

Just harder to understand at a glance I think, since you need to decrypt the frenchness before you can understand what’s being said.

I really enjoy it! please keep doing it!

I enjoy making my silicon characters confused by the frenchness.

You genuinely make the shift better and more fun, always a joy to see you on board fr

Actually interesting gimmick and good captain. Always a pleasure to see you aboard

But a fun gimmick! VERY noticeable and recognizable. 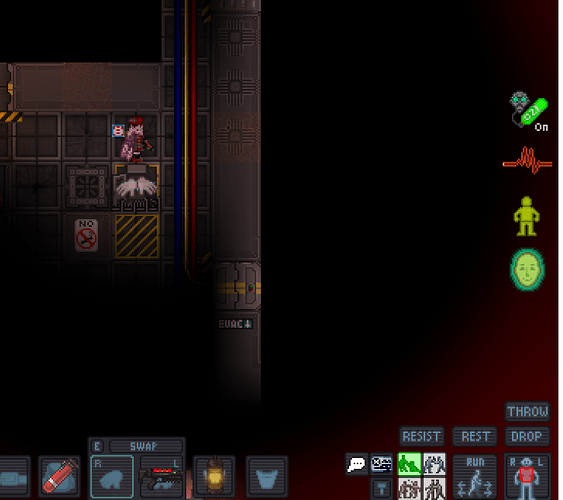 With officiers like vous, Napoléon would have conquered Russia!

Yeah, the part about it being hard to understand, if you could give out exemples,

Use a little less french during arrests/searches maybe, i remember one person getting very upset because you asked to search their bag in french and didnt understand, you then disablered or stunned (dont remember which) and cuffed then searched. It was all done properly but make sure people understand what you want!

only if they’re not brits!
British nightmares get shot on sight
And yeah, I think I’ll try once in frenglish, and if the guy doesn’t get it switch to emotes and pure english.
Gimmick has to come second to the role in this case.

the french beret that the mime wears actually makes the wearer speak somewhat french
You can look more about the accent in the code if you want to incorporate some of the words into your overall accent.

You can look more about the accent in the code

I will PR the accent to genetics before i leave so people can have french as a mutation if they want it, just because you have mentioned this

Very french. Nearly triggered a reaction out of BLOCK once or twice. 10/10 best FRENCH.