What made you choose the character you play?

For those of us who play a specific character(s) what made you choose their traits/physical appearance/personality? Maybe it was because deep down you always wanted to be an alcoholic moth botanist, maybe your severe desire to plasmaflood the station 5 seconds in as a green haired catgirl cripple needed to express itself, or maybe you just wanted to be a down on her luck detective doing her best to keep the station free from crime (good luck with that one)!

For me I just hit random when I first started the game, messed around with the hair/skin a bit and have used that ever since. Kinda boring but that’s how it be sometimes

I know that feeling, I’m a pixilated redhead curator IRL, my profile pic is actually a seflie.

I’m an Elder Scrolls fan, and Argonians have the best cultures among the races of that universe. 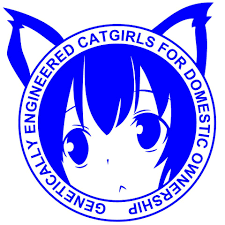 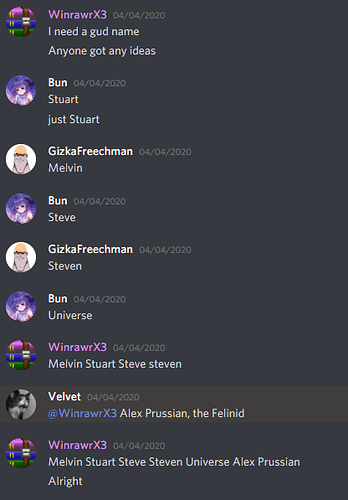 used my real name and looked for a hairstyle that wasn’t shit, liked security so decided “fuck it time to make javert but he can’t sing for shit”

and that kids is how i made Jimmy Brickets

I started playing Felinid because I felt uncomfortable about the fact that the AI had to listen to me and I still wanted human hair options, then I basically just played as me, and then the character slowly evolved into a gimmick I enjoyed playing and I made lots of friends with, so I mostly played as them, the name I came up with for them was just a name I use for everything (Narin) with the first thing I saw in OOC at the time that also started the same and just put an l in the middle of it, and playing characters has always been fun to me, especially if I get invested in a character I made, so that’s why I chose the character I (used to(for now maybe)) play.

Wanted to make a character that is somewhat an illusin to Hawkeye Pierce from MASH. So i called my character Hawks-The-Eyes. Who is kinda always on the edge of a court martial, btu when it comes to work he gives 110%. Also likes to drink. Thought that could be funny to do in ss13. Well, besides the pacifist part… heh

Hey Alt_Alpha9 you should play SS13. Sure let’s just log on and OH DAMN THE ROUND STARTS IN 30 SECONDS BLUEHAIR, BLUE GOATEE, RED SHIRT, BLACK SOCKS

Random body then when someone said my character looked like a pedophile with their moustache I tweaked the hair a bit.

I can now ignore being set on fire since it barely does any damage, also now i can blame sec for being racist when i get arrested and start a race war.

also now i can blame sec for being racist when i get arrested and start a race war.

Does that work out for you? I doubt people would take the lizard’s side.

You underestimate the lizard metagangs, and other races that join too.

i like being a decrepit old man
and braps are funny

my ipc started as just a random name and it has went in many stages, deep fry man was one and G.L.a.D.O.S. shell some random number.
right now I’m playing as MR ROBOTO, I have that one as a human too with a bigger name I cant remember