Traitors on 70 pop should get more TC

It’s harder to be a sneaky traitor when there are witnesses around every corner. Maybe more TC would help?

Wouldn’t mind Romerol being more common myself, could be fun.

Romerol and other 20TC things like that that would normally be completely devastating on lower pop might be significantly less devastating on 70 pop as well.

It’s harder to be a sneaky traitor when there are witnesses around every corner.

Why not just kill the witnesses?

Or just find a sneakier approach to killing someone.
Not every way of murdering someone has to be extremely obvious.

Romerol and other 20TC things like that that would normally be completely devastating on lower pop might be significantly less devastating on 70 pop as well.

Romerol is more devastating on denser population actually, the zombies have a lot more targets to monch and quickly turns into an overwhelming horde

on 70 pop even simple and sneaky ways of killing will not work, due to the amount of people who will inevitably take it upon themselves to take your victim to medical unless you get lucky and find them alone in maint. Where nobody will say they will take to med and nobody can stop them.

so it usually ends in a massive manhunt for the traitor and unless they were Agent ID chameleon mask sneaky types and nobody payed any attention to their appearance they might get away, but their target is gonna be on alert now.

often big fights will attract other traitors looking to help and then its just a running battle across the station against security. and the inevitable valid hunters.

I often bomb medical just to insure there is no Healing center on the station and actively hinder the construction and repair of medical when i can. (so they cant just say OFF TO MEDICAL every time)

it also doesn’t leave you

no lmao get robust

Traitors already get access to more traitor items the higher the pop is (Lootbox for example).
Also more pop=more traitors, why would they need more TC?

I played a round with heretics and I was the only traitor. Nobody to trade with. Nobody to distract sec because heretics all get caught in 5 minutes.

Then distract sec yourself, being stealthy traitor on Sage is not that hard as you make it out to be.

wanna teach me some tricks?

If you want sec to stop sniffing just singletank bomb some important area on opposite side of the station than your steal objective and congratulations they will all run in that general direction.

Talking is very effective as well.

Most of the time you can fool your assasination target into doing something dangerous then finish them and clean the corpse.

Consider changing job to paramedic so people won’t suspect you while carrying bodies.

If you choose storage implant or sec won’t find any traitor items on you, you can talk your way out of most arrests by just being nice to them.

And well because we only have Low RP server and Minimal RP server, you are generally less likely to get caught if you have good reputation on the server overall.

Talking is very effective as well.

you are generally less likely to get caught if you have good reputation on the server overall. 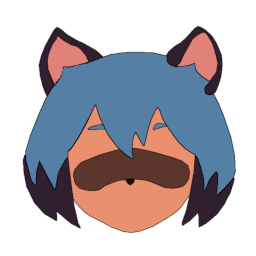 I whole-heartedly recommend this to anyone who thinks they’re being treated unfairly for being recognized but can’t prove it.

I change my name and look more often than you’d think.

Make your character bald and with no features that stand out and buy agent id, sec will now completely ignore you after you change your name.