Which server did the ban happen on? sage

Ban Reason: Built a plasma room without protection, resulting in the main hallway having a plasmafire. You have a habit of releasing plasma and fusion, don’t do this. Auth - Ruko.

Precedent states that accidental things are worthy of a role-ban at most but often not worthy of a ban at all if they’re genuine accidents, especially if there were good intentions. It was an incredibly obvious plasma room. It was purple plasma. It wasn’t hidden. The person who released it did so knowing what they were doing and it immediately ignited on someone’s lit cigar. That’s not my fault.

Worst case scenario you get a day ban for each person killed in the accident and I’d be hard-pressed to believe 30 people were killed.

All I wanted was a healing room near medbay for oozelings since plasma/oxy mix restores blood content rapidly. 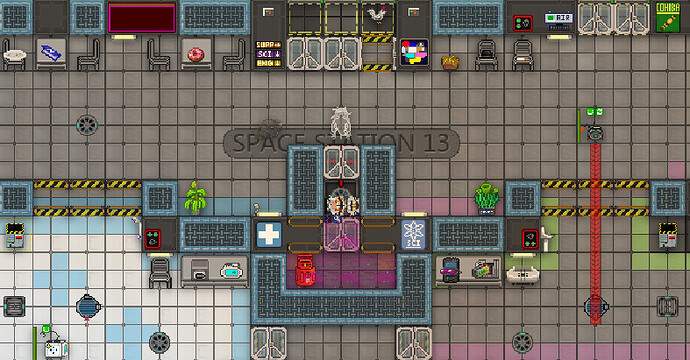 recreation787×411 153 KB
Except imagine more plasma because I forgot to turn the scrubber on.

The plasma in the cannister was cold so as an oozeling I basically immediately died. I took care not to open the outermost airlock and simply accepted my death there.

I asked for atmos holofans but atmos was too busy doing open-air fusion and making a suicide chamber. Nobody responded to my ahelps regarding that but I guess that’s because they thought I was trying to deflect from this.

I had no intent to hurt anyone. If I hadn’t have died there were many ways I could have fixed it, or at least made it less likely to be released.

There’s also the matter of the person who released it. I wasn’t banned immediately, I watched how this happened. Nearly the entire security force was there and an atmos tech was also there and they were discussing how to get rid of it being careful about the obvious plasma when someone asked “is that real plasma?” and then opened the door. That’s not my fault.

If you genuinely refuse to believe that I had good intentions and that plasma being released was an accident and not my intent, then… I don’t know what to say. It’s sad that I’m still seen in that light. I don’t know what I can do to make you understand that I’m not here to grief.

As dedicated medical player, I see a lot of people building rooms like this for the new oozeling race.
Usually patient room #1 is being turned into a plasma ooze spa, and those are set up (usually) with only one atmos barrier that’s protecting medbay from being flooded by plasma.

Don’t think the intention was to plasma flood.

(I was not in the round when the ban happened, just my observations from other rounds)

I couldn’t get the atmos techs to stop making their suicide chamber to help me out and I didn’t realize they could be printed so I made due with what I had.

I can confirm that rooms like these are built to help oozelings. Maybe it could’ve been better secured but it certainly doesn’t look like malicous atmos shittery, and fucking certainly not worth of a 1 month ban (well you say they have a habit, but they didn’t release it by themselves right?).

If I had wanted to release it I could easily have opened the outer airlock while in crit. Or I could have just released the can in the halls initially. No, it wasn’t intentional. It wasn’t even “”“accidental,”"" it was a legitimate accident.

I’m not sure why or how I have a “habit of releasing fusion,” but clearly admins know something I don’t/can’t remember so I’m not going to bother arguing.

I mean you can make a ‘room’ out of holofirelocks and fill it with plasma. Yes you didn’t release plasma intentionally, but you made it so it would be released. I think that’s what the admin meant, that you intentionally mate an insecure room and filled it with plasma, so anynone else could release it.

You can also use plastic flaps if you can’t get your hands on atmos holo fan.

I put a scrubber there. I forgot that they’re off by default and don’t even scrub plasma. Sad.

It was an accident. If you’re trying to say it was an “intentional accident” you’re wrong. I wouldn’t risk my ability to play on the server like that and I really don’t like the idea of being seen like that.

You can also wall the area off entirely with glass and use disposals to enter/exit.

OR, the best solution - take a canister of O2 and a canister of plasma and link them together via connectors and a pipe. Then you have two canisters from which oozelings can fill 50/50 internals tanks they can take with them.

The ban is issued because of willful negligence and the severity is for having such a high note count + one prior case of willfully releasing dangerous gas in a public area (remember that time you were the one bashing the holobarrier?). You have quite a history of dangerous, impulsive decisions building up.

You know how to set it up safely and chose to make an unsafe setup anyway out of impatience, and you built it in the main hallway in such a way as to block most of the hall. Even if the scrubber worked this would have been an unsafe setup. 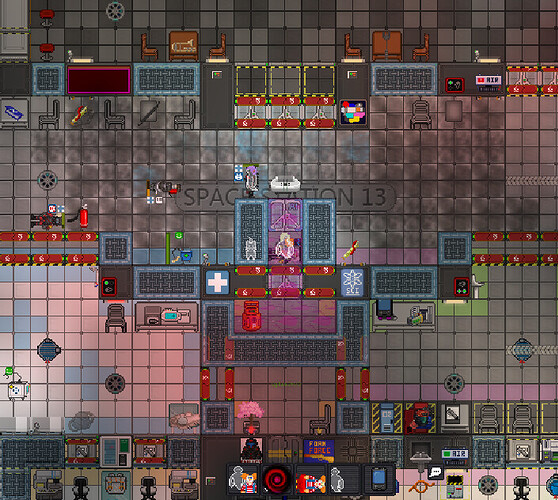 You have quite a history of dangerous, impulsive decisions building up.

If you don’t want me here I’m not sure why you can’t just permaban me, I’ve surely done more than enough.

If you don’t want me here

What I want is for you to be less selfish/impulsive. When you want something, accept that you can’t always get it instead of doing everything you can to force it without regard for the consequences.

That won’t happen Ruko. I’m a grown adult, I’m not going to change. Especially not for you.

I’m nothing more than a ticking timebomb waiting to explode so just permaban me already.

You need two airlocks. One is to remove O2/N2, and the other is to remove plasma. (Holofans/disposals are boring to be honest).

This setup could have been made more safe, but would’ve mostly worked. 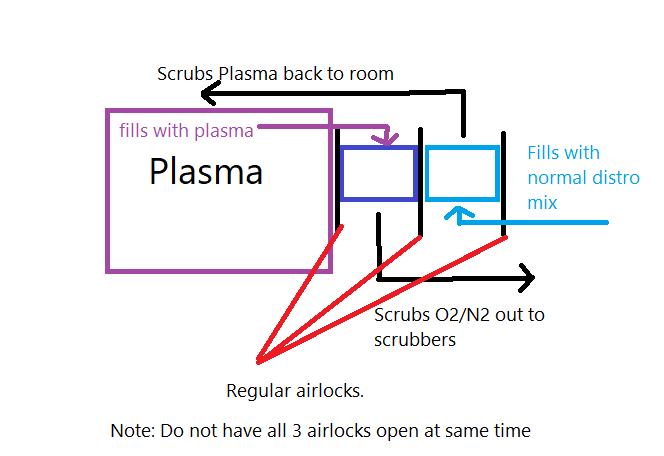 Each situation should be looked into separately. Notes and previous bans are always relevant but this here is a genuine mistake. This is part of the learning process and I personally don’t believe this situation should result in a ban. If you died to plasma flood that small it’s all on you.

We are newbie friendly server. Atmos mechanics are unique and hard to master. This should be handled IC with demotion and atmos tech actually doing his job and cleaning flood after effects.

Stop peanuting this thread with personal stuff, I don’t care in the slightest.

Each situation should be looked into separately.

That’s not how it works, is it? If that was how it worked, why even have notes?

I’m pretty confident it doesn’t work like that. All of my bans lately have been increasing in severity compared to bans from november of last year and it’s because I have a history of bad decisions.

Feel free to correct me if I’m wrong.

That’s not how it works, is it? If that was how it worked, why even have notes?

I just literally said it shouldn’t result in ban because it was your genuine mistake. I don’t understand.

Couple points that I want to chime in on.

First: If you need an open air plasma room, then it should be at least secured by an access requirement, and not in a public hallway.
Second: You can print airlock controllers. These things are extremely useful for helping contain gasses.
Third: you could have also used airtight plastic flaps to prevent a leak.

As for my own personal opinion? Yes, someone else may have fucked with your setup, but here’s the catch, when people build engines outside of the engineering area we blast them if anything goes wrong. They accept responsibility for what they created, and was subsequently unleashed, whether it was intentional or not. Furthermore, you’re experienced to know that random greyshirt 27 is going to come along and have the wonderful idea of “let the pink glitter go free.” Not only that, but depending on the mix of plasma and oxygen you’re using it could rapidly deteriorate into an extremely high temperature fire. Keep it.