Maskenary’s Guide for Fusion (and becoming the sun god)

I shall attempt to teach fusion. You may be asking, what is fusion? It is the creation of hot shit, hotter than your best waifu will ever be.

Before we begin, you’re going to need some atmos knowledge like how all the pipes work. Also, you’re going to want to select plasmeme as your race. Plasmemes are radiation-proof, and space-worthy with just a firesuit.

The setup will be done on the epic Meta station, though it is possible to do it on other maps like Delta station. You just need to adjust the piping. 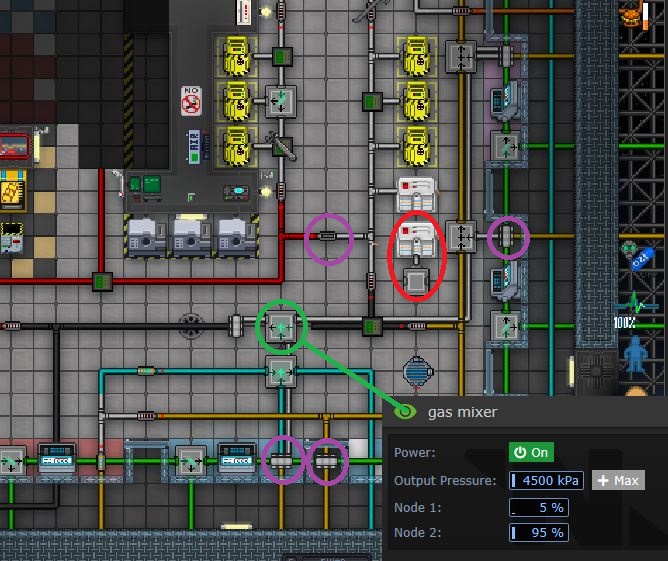 Make sure you’re making every change to the pipes, see if in-game it looks exactly the same as the picture. Here we are just optimizing and making a separate layer of pipes for feeding the incinerator (where we will make our tritium). Purple circled pipes are pipes worth noting (you might miss them). At the green circled mixer, set it as shown. This is for our tritium mix (5% plasma 95% oxy). At the red circled heater, it’s going to have to be rotated south and have a connector. This is for heating up the self-heating mix which will be explained later. 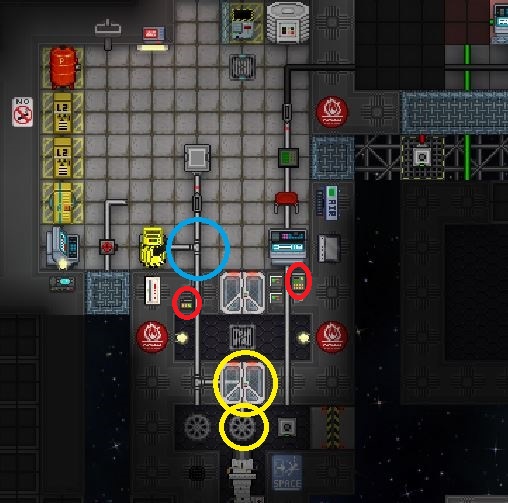 Now, the incinerator. In the burning area, we have an extra scrubber yellow circled which is for more tritium. Also under the yellow circled door is a pipe that turns. In order to get in the chamber and place those pipes there, we’re going to have to need to slap on a firesuit as a plasmeme. If you’re a virgin human, bring a hardsuit and internals. Red circled things on the wall are the things you’re going to have to press to unbolt and open the chamber doors. At the blue circled tile where the manifold is, we are going to have to put a freezer there facing south. Grab the freezer from here: 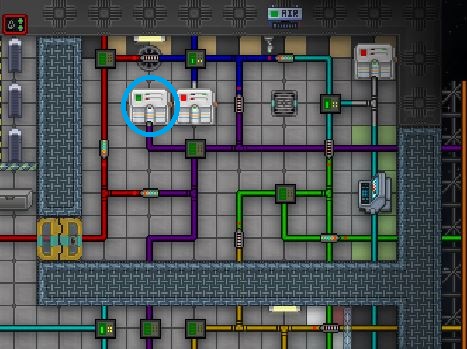 Back over at the incinerator: 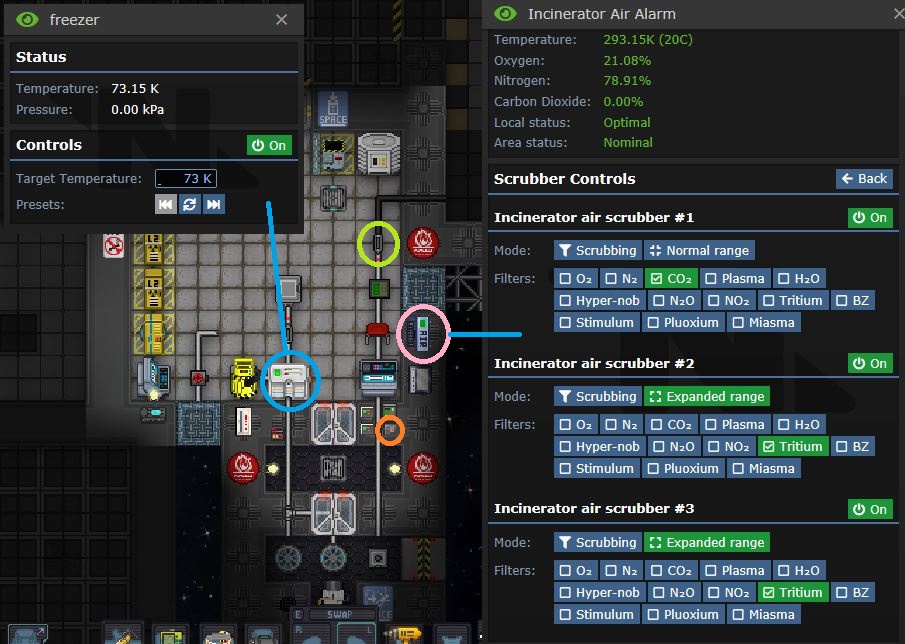 Why on top of the manifold? Well for some reason the freezer still heats up the shit in the manifold, don’t ask questions. Anyways, this little section here is to cool and store the tritium (in the can you should remember to wrench). Set the blue circled freezer as shown. In the pink circled air alarm, set the scrubbers as shown. After that, max pressure + turn on the green circled volume pump. Your mix should be now pumping into the burning area. Press the orange circled igniter button to start the tritium burn. Be advised that the burning tritium will emit radiation, get a radsuit if you’re a virgin human.

Time to get started on the first can… 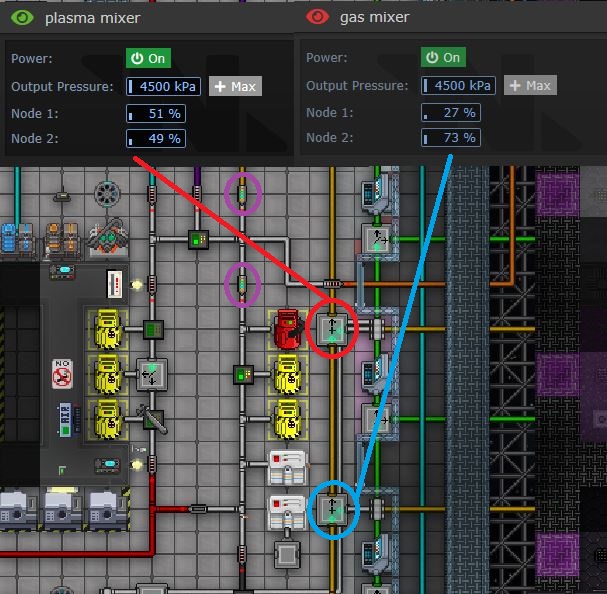 Going over to here, we are going to have to set these mixers to these settings. This will be for our self-heating can mix. Turn on the purple circled pumps and pump the mix into a can until it shows green for its capacity. For explaining reasons, the self-heating can’s color will be changed to red (N2 can model). 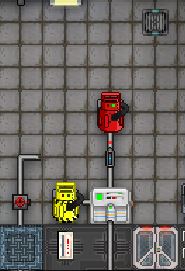 Now in the incinerator, we are going to want to fill the self-heating can with 30% tritium no more than that. The can won’t burn properly if it has too much tritium. Set the volume pump for it to 25 - 50 L/s or something, not 200 because you will most likely go over 30% with 200. When you’re done filling the can, wrench and unwrench the volume pump. This allows for the pump to be cleared of any excess. 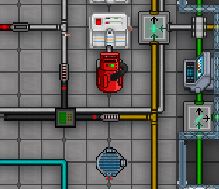 Back over here, we are going to want to wrench the can to the heater we set up earlier to start the can’s burn. Set the heater to max heat and turn it on. We only need the can to be about 500K. Unwrench the can and start analyzing it. If you did everything properly, the temp should be rising slowly by itself. 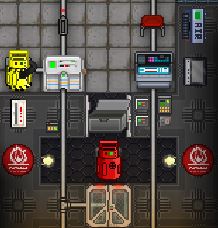 Now go quickly back to the incinerator and put the can behind the walls there. When the can reaches 10,000K, it will start shooting nuclear particles (they kill you). These particles somehow don’t pass through open crates, so get one from maint. There should be one right above the incinerator room in maint, grab it and place it as shown.

Why/how does this work? Fusion is achieved when you have 250 mols of Co2 and plasma as well as some tritium, then heat it up. This can contains all of these requirements, but does the heating up on its own by adding some oxygen. The oxygen burns with plasma (like in the incinerator to make the tritium) to heat up the can enough to do fusion.

but it’s not goddamn hot enough

Based atmos man. Thanks for the guide

This still works, in spite of fastmos