I’ve heard lots of talk about how medical systems work better in CM, or bay, or whatever else, but I’m not super familiar with those servers. Or you might just have some original ideas of your own. Let’s hear them and find out how medical gameplay can be made more interesting. 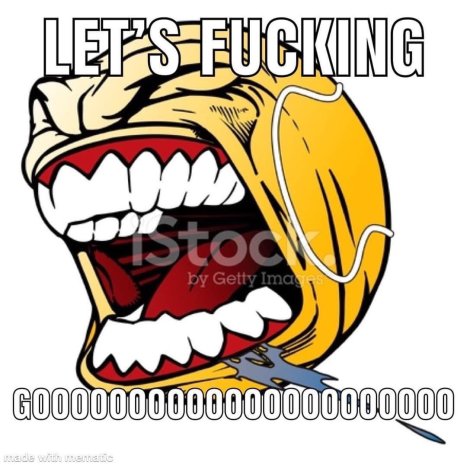 DO NOT make chems overly complicated, keep it simple:
Have 3 categories:

I am a big fan of the PR Victor made with those other medikits, but too bad that did not go through.

@zeskorion Tagging Zesko on this because he’s on a crusade to remove RNG and maybe this is something he can do.
REMOVE % CHANCE OF SURGERIES, this is basically impossible without gimping/removing ghetto surgeries normally, however here is my proposition in regards to this: have ghetto surgeries cause more damage ( normally damage done by using saw to cut through bones is mostly healed the hemostat right after ), either by the tools themselves causing more damage, or by not having the surgery steps themselves heal any of said damage. Also possible to add toxin damage due to not sterilized tools or perhaps chance to develop random 0 transmission disease.

As for not-ghetto surgeries, have either sterilizer spray and/or anesthetic tank be a required step in the actual surgery for it to proceed.

was the toxins medikit victor? also what do u meant by “cat”

i like the idea of having only sleepers or only cryo cells. i’d be fine with removing cloning (i really don’t use it that often anyways) but there has to be some sort of effort to make defibbing more efficient. for example there would be
a) more blood available in storage. atleast 3 of each type along with lizard blood!!
b) extra FULL set of surgical tools near stasis bed
c) more than one stasis bed
d) just give us the damn wall mount with defib already attached above stasis bed/beds roundstart. I DONT UNDERSTAND THE POINT OF MAKING US GET THE FUCKING WALL MOUNT MANUALLY

i also don’t like what we currently have. the whole one sleeper one stasis bed is NONSENSE idk who’s idea it was but it stinks

We need to be able to put more things in peoples bodies and also we need more things that could be put instead of limbs (pizza hands).

Do not remove sleepers, chemistry is too retarded to make synthflesh most of the time, adding more duties for them, such as making healing chems, will kill medbays for a long time.

Edit: Fuck, I’d rather even have cloning entirely removed than to get rid of that one sleeper.

For the love of the chem dispensers lets not remove sleepers/cryocells, We already need to produce a bunch of synthflesh for the cloner

Maybe we could add some advanced surgeries on organs? For now there are only surgeries to ‘unfuck’ an organ, what if there would be surgeries available that make organs better? For example to ‘reinforce’ liver, so that it has an effect similar to cybernetic one, but weaker? Same goes for other organs, make the effect weaker than cybernetic one, but you are not EMP vulnerable.

You do know you can do plumbing for synthflesh? And yeah, sleepers are kinda needed even if they’re cheap due to medical borgs only having like 30 of each chem, the limited availability of brute/burn packs (even if you can factory synthflesh patches), and chemist incompetence (see previous). Or, remove sleepers and add a tutorial on plumbing, some emphasis on the chemists having to plumb, and A FUCKING AREA FOR PLUMBING. I do love the idea of getting rid of cloning and adding more stasis beds, maybe with the revival surgery available from roundstart? And as someone said above there would need to be a fuck ton of blood, and maybe 2 surgery rooms? And probably some stocked organs roundstart, as well as medical monkey cubes to get more.

I think chems as a whole are too effective right now and the actual doctors frequently have nothing to do except operate sleepers, cloning pod and occasionally defib if they even know how.

Ideas to both give them something to do and complicate healing yourself to be more than a large dose of chems:

Additionally I think nerfing chems directly without targeting any specific ones will make alternatives see more use, and certainly make people stop sliding their hand down every chemical in the sleepers as a cure-all.

Edit: Sorry formatting is kind of all over the place. Typed from a phone at work in between things

Just add more organs and ways for them to get fucked and fixed.
add the spleen at the very least so having blood deficiency quirk could actyally work out by making your spleen a shitty one.

These ideas would make medical a lot more fun and nuanced, but I don’t think it’s cut out for LRP or even MRP. Having to wait 1/6 of an hour long round with a splint or 1/12 of it without standing up to heal a single limb is absolutely a terrible idea, especially if it comes from blunt force weapons that are easily available. Maybe nerfing that down to a bleed-like status effect that’s healed by a splint would be good, and the splint can slow down actions with that limb until it is healed. Having a people randomly vomit up certain chems is no good, especially since most chems have a unique effect no other ones have, but minor allergies would be fun for RP. The liver strain idea is really pretty good, but be sure that it doesn’t get out of hand because currently organs are hard to treat. And the total threshold thing would be really good, especially to stop the 4-5l black powder bombings that people do using people as containers.

I think you mis-understood my suggestion slightly - the splint and surgery are not supposed to be viewed as entirely seperate. Following the logic of the suggested procedures, if you get surgery, you’re expected to ALSO get a splint to prevent you from straining the limb. Getting surgery and then no splint = bad doctor. You would be able to walk after getting a splint, albeit very hobbled and probably much faster to move around in a wheelchair.

The splint being used by itself was more for the cases of there not being a doctor available at all. What else can you do but try to straighten it out without surgery ¯_(ツ)_/¯

Additionally the suggested wait values are more than open to change, just the first ideas that popped into mind

There’s literally no reason to nerf them as they’d only slow gameplay. What makes you think med doctors will be more useful after the nerf? That people will magically stop stealing chems and supplies to heal themselves?

The only reliable way to make medical it’s own department is to limit some medical procedures and machines to be only usable by MD’s which is gay as fuck and is only fit for:

CM, or bay, or whatever else