Hi I’m Hal Wise you favourite captain. I usually play comand which had let me be the active captain many times.
I will get mad to the station not properly working and people been to inefficient. I will try get people to do the works that are lacking and even do some myself.

Hal Wise: MINER WHY ARE YOU NOT WORKING?

I usually play command, sciences or engineering.
When I play engineering I will ask for mining access after seting the SM and build quantum pads to different lavaland locations 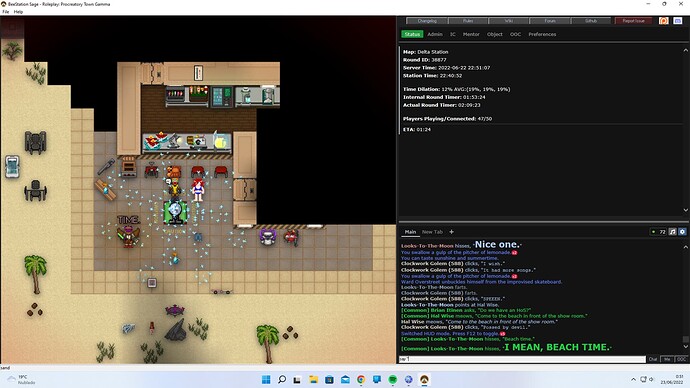 As scientist, I will build servers, produce lots of slimes lots of potions and try to feed love potions to some crew 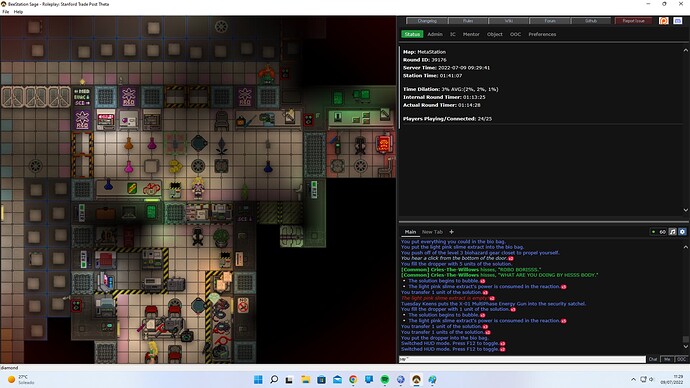 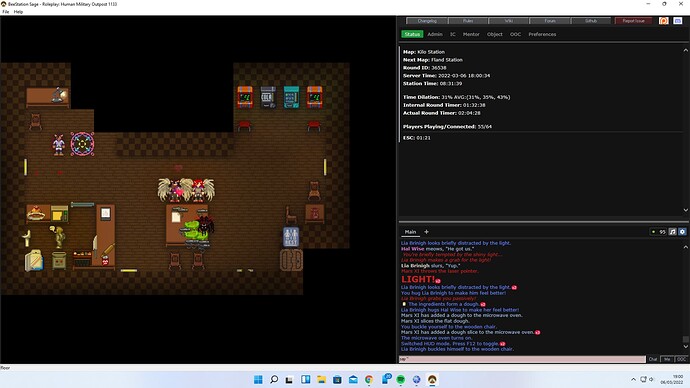 As a doctor I will try to convince people to get surgery specially to become a felinid, and I will resurrect people by brain transplanting if it is the faster way to save them. I also may clon myself after the cloner is upgraded, since nobody use the cloner any more, I think Im the player that currently use it the most
I will also prioritize saving the clowns, I even try keeping cluwnes alive, 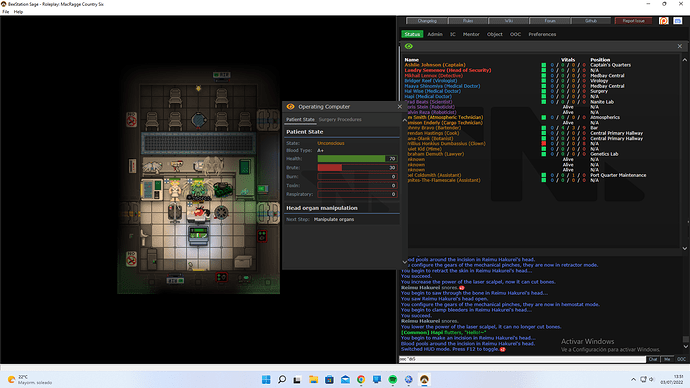 In the pass I would make felinid mutation toxin pills and try to get the crew to consume them.

Some memorable moment have been: Turning Karen Holmes into a xenomorf and starting a war between Medway xenomorf and sciences spiders. That was my best round.

Telling the crew to eat red pills and receiving the message: CAPTAIN I THOUGHT YOU WERE BASES, BUT YOU WERE CRINGE

the AI state felinid-asimove laws and everybody said: HAL STOP IT
Hal Wise: WHY IT HAVE TO BE ME, WHY COULD NOT HAVE BEEN ANOTHER FELINID?

When playing captain I have lost of troubles: When a treat is reported I may don’t know if the treat is even real, so I don’t know how serious a problem is which let to overeating or underacting.
The crew don’t usually obey the captain, but will blame him of everything that goes bad. This can even result of lynching,
In my worst experiences as active cap, I order the crew to come to sec to grab batons to catch the 2 men in sydicate suit running around. Only the traitors in the suits came, and they take me to lavaland as I insulted the crew. I made my way back to the station but the fucking power was in a temporary shut down, I land next to the scape shuttle and try to break in, and the crew shut me to dead.

As captain, the most common ways I die is due to late syndicate agents with their surprise attacks and
suicide bombing #SKILLISUE

If security or command suffer PDA bombing, you should PANIC THERE MAY BE NUCLEAR OPERATIVES.

In bloob or large xenomorf attack, I will ask for the self-destruction codes and try to get weapons to the crew. Of courses cencon only once have given me the codes and the AI or HOS may stop the crew from getting weapons even after I have directly order it.
And is hard to know how large is the xenomorf attack is without risking my life.
Mesage to Cencon: A BLOOB CULT IS RAMPAGING US, WE NEED HELP NOW, WE DON’T HAVE ENOUGH SECURITY
Cencon: Narsie doesn’t exit, it can’t hurt you.

Playing captain feels like taking care of a bounch of childrens in a dangerous place: 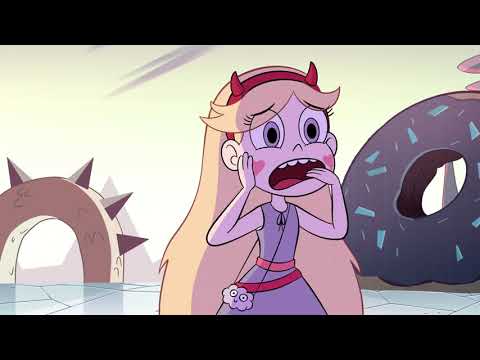 ah yes… THE OG felind… very first
took me nearly 2 years to hear them utter a single sentence
while watching them manage a burning old golden station while i was basically making my very first ss13 steps
you know shit is gonna go down in sci when hal is around
10/10.
ᶦ ᵈᵒⁿᵗ ᵗʰᶦⁿᵏ ᵇˡᵒⁿᵈ ᶠᶦᵗˢ ʸᵒᵘ ᵗʰᵒ

Hal Wise attempts to feed you the gender change potion!

Why are you naked in half of your gameplay time on sage?

Most of my interactions with Hal were them trying to force feed me a love potion, gender change potion or pulling my tail. I don’t know what to say.

lets not mention their odd affiliation with cloning themselves

Where else can I get a supply of cat ears and tails, from cats?

well you see the problem is your clones ARE…

Yeah I have definitely played as a Hal Wise clone

feeds you love potions, and then goes on lavaland bar dates with other girls 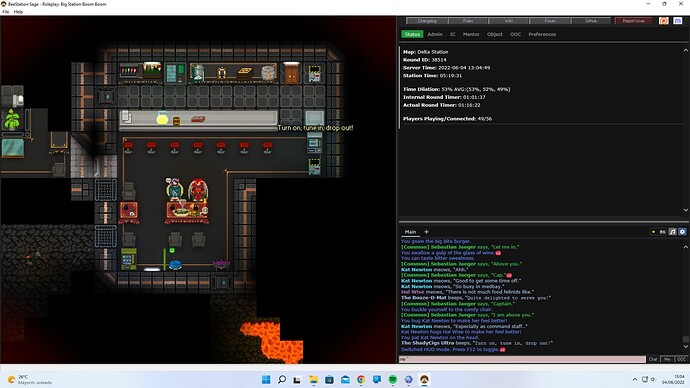 This is the true purpose of xenobiology

Sorry, I don’t know how to interact with you. So I do what I know

I didn’t even feed you a love potion that time

known that name for years, but I don’t think I have ever interacted with you.

Either way, I know you from sight, and you seem to be very knowledgable.