Guide to Lavaland (as Promised)

Fighting Fauna is quite simple when you know what signs to look for when fighting certain fauna.
From this point on, I am gonna assume you are using the dual PKAs as I am.

“but senpai, what if there be multiple fauna and I need to clear them out for my arena/tendril/base?”

Well, you fucking weeb, you simply kite them.
You go in and fire your shots then leave their aggro range.

This wont work for watchers as they have a ranged projectile, however they have a very small aggro range and you have to be directly in their line of sight. So you can resprite them one by one until you got them all.

For the sake of simplicity, I used the area under the base to fight the drakes. It is quite large and allows for freedom of movement.
I also only used the basic mining equipment for the drake fight. 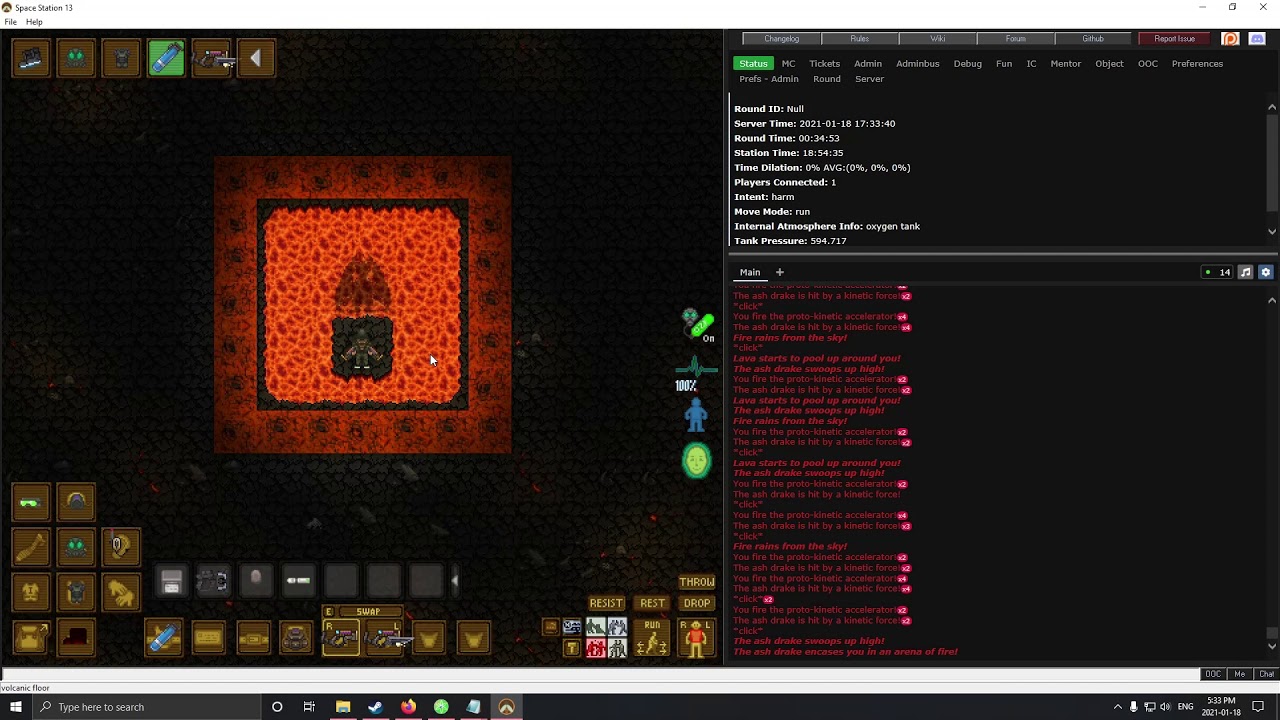 Luckily for this battle I was able to get all his attacks, so I can explain each one too you.

Sadly I did not get hit at all while fighting the ash drake, but if I did, I was gonna use a regenerative core to heal myself. The Regenerative Core has the ability to also exstinguish the flames entirely. 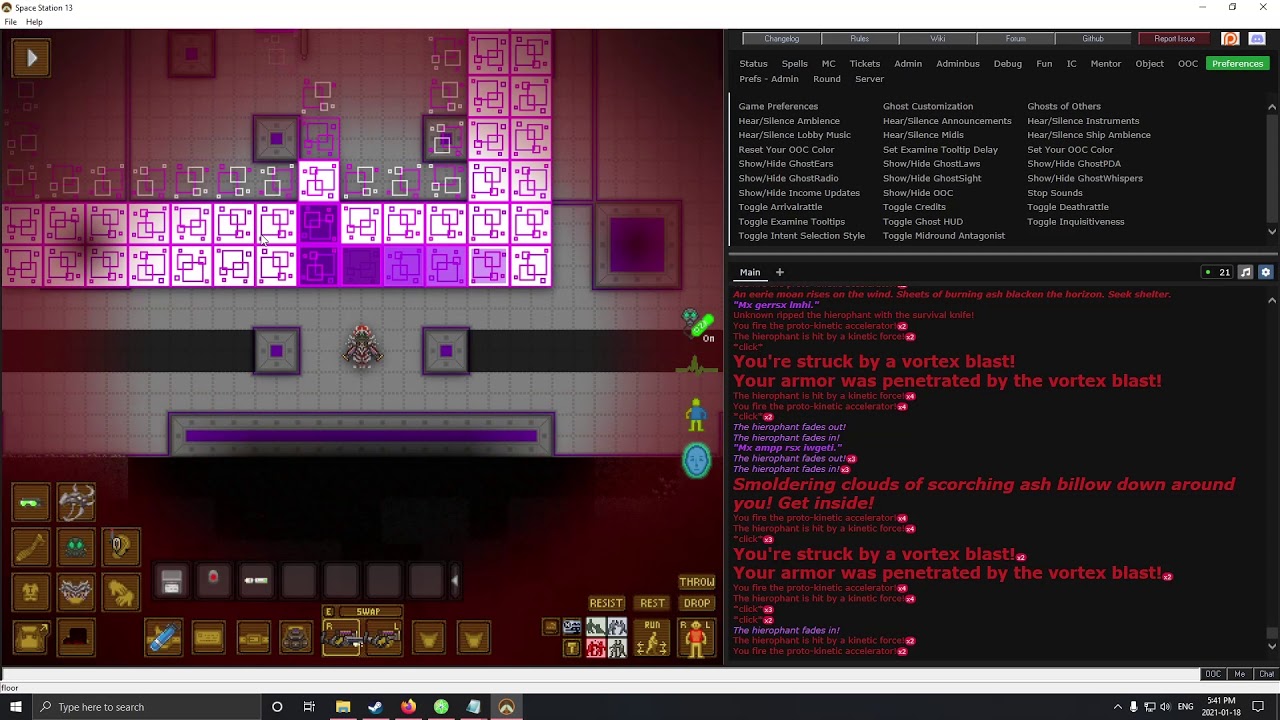 For me this fight is entirely reactionary, and is probably the easiest megafauna right after Blood Drunk Miner.

Not much advice I can give except for this video and not standing in the purple shit like a moron.

I’ll be honest, you can just tank these motherfuckers if you have full plates and max cooldown PKAs. Having a regenerative core when you get close to crit will help you finish them off.
Get up in their face and just keep firing off your PKAs until resprite. Once in melee range, thats all they will do to try and kill you and never once use their special attacks. The amount of brute damage they do when fully plated is very minimal and gives you enough time to finish them off. 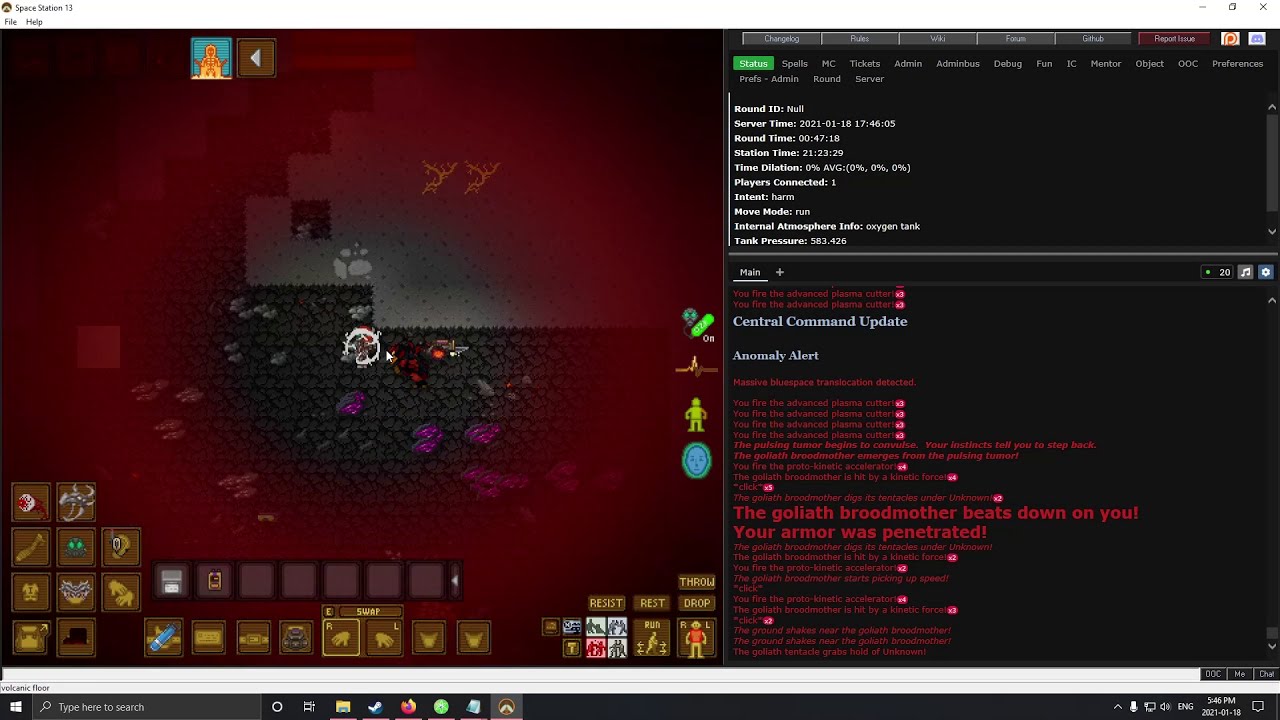 I hate this thing, does the most brute damage amongst the Tumour mid bosses, and is capable of stunning. (not unlike Legion mid boss)
I have a video for this as well.
Once you kill it, I recommend just grabbing the chest and running since those little fuckers explode.

As I understand it, the other megafauna are broken and not worth the time to try and battle.
If they are not broken, then I am just one unrobust motherfucker incapable of thinking up a way to kill these guys.

As many unrobust and dead people know, there is an item called ghost spawns available for the dead to add themselves back to the round again.

These Spawns consist of

Well, you can just go to the loot tables on the wikipedia to see what loot there is, no real reason for me to go over them.

My biggest tip to a newbie miner, is too ask for help from another miner.

The other megafauna are not particularly broken. I’ll fill in with info on how to beat them to complete your guide.

When you have more than one PKA in your inventory (or anywhere on your person), all PKAs will charge that much longer. Using 2 PKAs has the same damage per second as using 1 PKA. The only advantage of using 2 PKAs is for higher burst for hit and run.

When you have more than one PKA in your inventory (or anywhere on your person), all PKAs will charge that much longer. Using 2 PKAs has the same damage per second as using 1 PKA. The only advantage of using 2 PKAs is for higher burst for hit and run.

Yeah, though this is definitely worth it for the megafauna. Not so much for regular fauna.

You can fire 2 PKAs at the rate of one PKA (so, twice as many shots) by dropping them after you fire, and alternativing between them, only ever holding one at a time. Not something you can do against megafauna but it can speedkill regular fauna and mine way faster.

Also, it just comes down to personal preference.
No reason to argue and say this is better than that.