Golden Honey no longer being produced by Beestation inc

Based on the current player trends, our failed attempts to resolve the tribalism within our community, and problems with maintaining the codebase/project in a unified manner… We have decided to shutter Golden. We’ve come a long way since starting out as just an LRP server, but as time has changed so too has our community. We know many of you will be disappointed by this change, but we believe it’s time to move on.

We will be sending the server off with one final event sometime in the evening (Central Standard Time) on Friday July 30th..

We have no intention of continuing to support Low or No roleplay servers in any capacity.

Adding context to this and and keeping with our trend of transparent data… The below two charts show player data for Sage and Golden throughout 2021. The first chart shows the full year while the second one shows the last 90-days.

Unfortunately it’s pretty obvious as to where this trend is going and, despite our best efforts, we haven’t been able to break the downward “death loop” Golden has been in for a while. 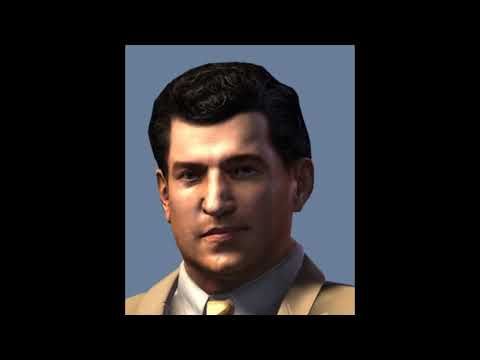 Well, it has been fun while it lasted. I wish all of you good luck!
And remember to give the Clown the boot (medium style)!

are sage rules like, adjusting in anyway with the refugees or are we just murking one server and moving on?

Sages rules are not adjusting to accomodate LRP players. They will be banned if they bring their shenanigans over.

Players who do not like how Sage’s rules are set up should leave Bee altogether. There are other servers out there more suited to what you want.

So uh, is there any plans for more future servers or will Bee be forever capped to the 70 Sage pop cap?

While I’m bound to say “no promises” there are plans for a second server opening. Same rules, same code, same admins, but somewhere for overflow to go. Potentially different population caps, but Sage will never go above 70.

One will probably gravitate toward lower population while the other sits at higher ones.

Polls of both players and admins alike showed that the vast majority would prefer the population cap to go down by 10 so we were capped at 60 instead of 70.

Well, I wasnt expecting this

RIP to my Golden bois

What if the pop cap increased by like 5, if theres a new job implemented like the explorers one? Or the 70 cap is more because of the server limitation (Time dilation, etc)

While I’m bound to say “no promises” there are plans for a second server opening. Same rules, same code, same admins, but somewhere for overflow to go. Potentially different population caps, but Sage will never go above 70.

So golden is being closed for lack of players but there is an idea of another server? Why, its gonna have the same problems.

Diluting players will make both be forever lowpop.
From what ive seen sage hardly ever hits 60 so overflow wont be a problem either.

Is there something im missing?

Is there something im missing?

Yeah, the fact you’re completely wrong about Sage never hitting 60. Sage regularly caps out at 70, that’s why people are asking for an increase to the population cap on it and why an overflow server will probably be necessary.

Golden was however not an overflow server; it was its own server with different rules that required a seperate staff mindset. Most notably, it created a lot of friction on the codebase as two warring tribes fought over something being good for Sage and bad for Golden or vice versa. We do not have the manpower to support a codebase split or trying to manage two altogether seperate projects, and it’s very clear that Golden should not be Beestation’s focus moving forward given the heavy bias for Sage in both players and staff.

If you think it won’t be that hard, literally anyone here is free to take our code and try making their own LRP project.

Diluting players will make both be forever lowpop.

Players will always gravitate toward the one with higher population unless they are explicitly seeking the lower population server out, or being forced to connect to it because of population cap overflow. The only way the two servers would even out is if the majority of players want lower pop, because everyone joining is choosing the one at currently lower pop.

It’s kind of baffling you can even claim this when we can’t even force people to play golden as an overflow server. People requested bans from Golden just so they wouldn’t be redirected into it.

We’re not seeking to re-split the codebase or playerbase between two servers with wildly different cultures again.

Hardly ever =/= never. Maybe its just the timezones or human error im not sure. I also misread the charts due to being on phone

And for everything else, alright fair points. Im not trying to argue or anything, just asking n stuff.

Im not trying to argue or anything, just asking n stuff.

Sorry my jaded is showing It’s a bad habit of mine to take these sorts of questions like this is the intent.

If you think it won’t be that hard, literally anyone here is free to take our code and try making their own LRP project.

I’d do it just for the admin playground experience.