zesko is no longer seniormin
yes, zesko did some bads, but… yikes
this is a fat fucking F

rip he was cool
20 characters

A shame, zesko has been a very consistent and reliable admin for a long time now, and this is a severe demotion for a few slip ups.

Too many slip ups in short time span
Ree

We had won (not really)
But at what cost? 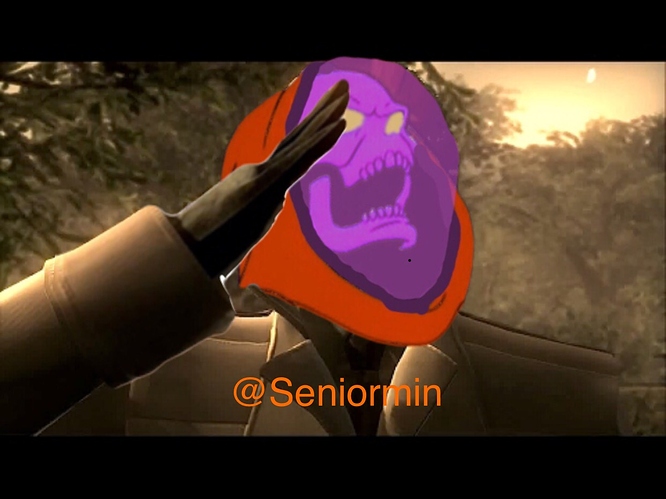 F for the fallen

Where was you when zesko die?
I was at home appealing my ban
When I got the call
Zesk is deadmin
Noooo

The Great Purge or the Great Terror (Russian: Большой террор) was a campaign of political repression in the Soviet Union which occurred from 1936 to 1938. It involved a large-scale purge of the Communist Party and government officials, repression of kulaks (affluent peasants) and the Red Army leadership, widespread police surveillance, suspicion of saboteurs, counter-revolutionaries, imprisonment, and arbitrary executions. Historians estimate the total number of deaths due to Stalinist r The te...

ive literally never heard or seen anything good about zesko, only reports of him being hitlers evil son, adminbussing and power tripping (probably because im a noob) with most of it coming from your ban appeal thread, im not really surprised he got demoted considering how hard he got fucking lampooned by everyone lol, all the admin reports on him didnt help either, dont know what you expected to happen. the image i have of him is nothing but evil because of these and i dont know where to look to see any good hes done.

I’ve been stricter than usual recently, thus people have been reeeing at me. vocal minorities and such. However, if you want a few examples of shit i’ve done, i’ve actually written many of the rules and policies on the server today, as well as regularly doing code shit

You were the best of us.
Keep being strict

Let’s be real here though hun. You have a reputation even going back to the old forums of defending even the most absurd bans done by others. Where everyone laughs at the banning admin for stupidity kind of level ban and you’d be the only person there defending it and arguing with others as if the victim of the wrongful ban did something wrong. This was hilarious during the Mr.Doge days as almost all his bans were awful and left so many successful appeals on the forums and there’d you would be defending them. Even Doge didn’t defend them instead he didn’t even bother ever replying to any ban appeal.

But it didn’t stop at others, oh no. In-fact I was warning about you to other staff for a very long time now.

image1868×195 33 KB
as just one example. Because of your history handing out perm bans over even first offenses of players.

It’s sad that it took till now for people to begin to listen. Maybe this regime change is something I should get behind.

We have a policy of handing out perms if you disconnect whilst bwoinked to force an appeal on the forums, so the bwoink may be continued there

We have a policy of handing out perms if you disconnect whilst bwoinked to force an appeal on the forums, so the bwoink may be continued there

Nice try hun but you even put in their replies to you in it and never mentioned them leaving during.

Permabanning is/was pretty usual because stuff was easier to handle in the forums, where it was easy for all of the participants to discuss it. Well its bee so being a total faggot would net you a short ban, without ever needing to explain anything