Admin Discord ID: ??? I don’t recall who banned me.

Ban Type: The type that probably shouldn’t have ever happened.

Ban Reason: Because I made a joke that Dimas should blow his brains out in a manner that wouldn’t even be possible for him to do. Hence why it was clearly a joke.

Appeal Reason: I feel this ban is unfair because countless people have told each other similar things and faced no consequences. I myself have had this happen to me plenty of times. I genuinely feel that this ban only exists because of fear of myself being elected to council because the pro-racism group at the time would have split the vote and with me being the only candidate to actually state specific desires changes and having a anti-racism stance leaves me with 100% of the vote for those who are both against racist language used in game and those looking for someone who actually advocates with a real platform.

I’d also like to point out that previously this ‘issue’ once settled long before. I would say close to a year ago now it was decided on that such talk would be allowed with only qwerty at time taking the stance that it should be punishable. If I recall right he may have even banned that user which was quickly reversed and overturned. So this entire case has previous precedent which was in no way overturned and even if it is overturned that would be after my case.

So with a mixture of precedent, discrimination against me specifically, and cleary as a method for rigging the election I ask to be unbanned. I assume the election is over now so there is no reason to hold a discriminately grudge against me for my stance on the issue.

If Dimas was hurt/offended, I will happily give him a heartfelt and sincere apology personally.

I also do recognize I am prone to extreme behaviors at times and I have been for this past month getting help. Which is why it took me so long to write this appeal. But I am taking my treatment very seriously and taking my meds and hopefully can be a calmer and more reasonable member of our community. My therapist told me I should be more open and honest about this because those I conflict with may be more understanding if they know more about my situation. I hope she’s right. 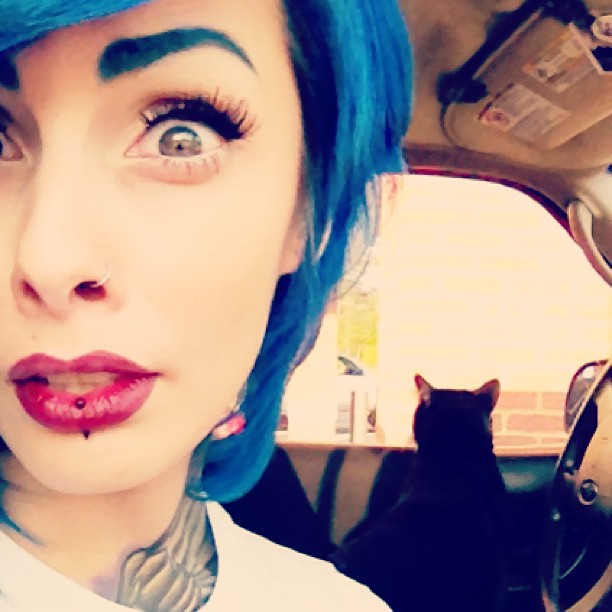 You both broke kevs promise, and have failed to improve upon your behaviour.

no begone from both ingame and discord

My behavior before was much better than before and why should I be punished over a act that countless others do without punishment?

you still broke your promise to kev, who let you in under the promise that you would cease your behaviour.

You did not and you got rebanned for it.

What promise did I break? And Kev didn’t even ban me. Also Kev seemed to be more on my side about this ban if anything.

Zoey has been harassed constantly on the discord and many people find enjoyement from trying to get her to attack back.

Something is very wrong if there is a massive double standard here where people are free to attack zoey and she’s not allowed to say anything back.

A ban made on hypocrisy is a shit ban.

We have banned/kicked people for attacking Zoey in similar ways.

Thank you hun, it’s even worse that it’s over a behavior widely accepted by others but the first time I do it I was gone, and it was clearly to mess with the elections.

If the rule has currently changed, fine. But at that time it didn’t. Again I point to everyone else getting with it and it being established as accepted about a year ago where qwerty’s ban on some other user was overturned.

This is a double standard no matter how you look at it.

So with a mixture of precedent, discrimination against me specifically, and cleary as a method for rigging the election I ask to be unbanned. I assume the election is over now so there is no reason to hold a discriminately grudge against me for my stance on the issue.

The ban had nothing to do with your stance on server issues or the election. Why would the same leads who put the filter up have you banned for protecting them on the topic?

Noone has been banned/kicked for that as far as audit log shows.

Could be my friend missing something but I don’t remember anyone being banned/kicked for it.

Well of course you’re not just going to openly state it for the reason.

Per my own opinion on the matter, the behavior on show isn’t acceptable, regardless as to who’s doing it. I don’t personally think this is a matter of discrimination, I honestly think that this was something that tipped things away from your general favor.

Your appeal doesn’t really show me that you’ve learned much from this… Saying, “Other people have done it, so why should I be banned?” or listing your ban type as, “The type that probably shouldn’t have ever happened” tells me that you don’t really think you’ve done anything wrong.

Your added clarification is appreciated, but I will be honest in saying that it’s overshadowed by your belief that this was a ploy to rig the council elections or that you were being discriminated against. I can say with confidence that it was neither.

I personally banned and kicked multiple people for telling Zoey to kill herself or for posting that image. Like I said, it’s not acceptable behavior.

I’ve been pretty protective of her when people ganged up on her. It’s hard to defend someone when they reply with misandry.

If you promise to enforce it as a rule here on out to everyone equally then I’d totes be all for it. But again I have precedent on this which is labeled as a valid defense by our own forums.

Which this was a council matter about a year ago in which they allowed someone to say it overuling qwerty at the time.

I rest my case then, clearly the audit logs don’t go that far back.

I know you don’t like me, but I am trying.

If I hurt the feelings of Dimas I should apologize and will do so.

It’s Rule 1 for our discord server, there isn’t a precedent change or anything like that.

You have been warned in the past and, unless I’m mistaken, your return was with the understanding that you were on thin ice. To be clear as well, it’s not really about hurting feelings, you should apologize if you honestly feel bad about what you said, but that should be unrelated to this appeal.

I’ll let the others add to this if they want, but for me, I don’t get the impression that you really think you did any wrong here, which makes it hard for me to want to accept this appeal.