Now i know this sounds different but, catbans on hippie was a way to allow people who broke the rules in a minor way a chance to still play the game while being at a severe disadvantage making normal play much harder and making the game a pain, basically on hippie the premise was you were a feline who had a very noticeable skin colour and tail and the verb “meows” that made a meow sound every time you talked that is completely different from bees implemation of cat people so no risk of a mix up . basically the premise behind cat people were that you were valid by everyone so you would spend your rounds being chased by hordes of angry spessmen, you had the choice of running due to the fact that as a cat person you were pacifist and you couldnt fight back in anyway forcing you to run. i believe this would be a good system just because it gives the people who havent broke the rules in a major way the chance to still play, and acts as a warning that if they mess up again they would recieve a proper ban. its also quite fun from my own personal experience to be a cat person as it encourages a completely different playstyle

People talking about how “x is what hippie did and that’s what killed the playerbase” when in reality, porting this would kill the playerbase because this is how you literally become hippie.

there were a multitude of reasons why hippie died, im not advocating making bee station hippie, im just advocating adding a punishment system which the admins are free to tweak which allows for different punishments to be handed out, there is a difference.

GUYS HES TRYING TO TAKE BEE DOWN NOOOOOOOOOOO! HE CAN’T GET AWAY WITH THIS CAN HE?

The real man behind the slaughter

Bruh the role wasn’t meme at all everyone could beat shit out of you or kill you without any punishment,the best part:you can’t self-defend.If you do,you get server ban instead.It was literal cancer.Its not like you could meme being killed by everyone 4noraisin

That being said,I don’t want them on bee,catbans are more about bullying and harassment than making players stick to the rules

hmm yes I got banned for metagrudge the warden, time to detonate him when he puts someone in perma

That being said,I don’t want them on bee,catbans are more about bullying and harassment than making players stick to the rules

it would just self gib when you leave, not actually explode

Honestly, I like the idea of this so much that I think people should be able to elect to play the role. Being hunted by the entire server and not able to fight back sounds like a fun role itself. Give them a few buffs in regards to maybe slowly self healing and able to escape through vents or something and that would be neato.

To ensure they don’t just hide away somewhere make it so their hunger increases much faster than the rest of the crew leaving them no option but to have to steal food to survive.

edit
Another thought on this, if such a thing was implemented basically any ban except permas could have this utilized. Remove the players ability to ooc and job ban them from every role except this. This also gives extra fun to players who aren’t banned as it gives them a form of extra game-play should they choose to hunt the new role. Maybe even make it so at the end report screen shows the top killer of this role. Basically make them into a non-dangerous pest that can be exterminated.

Being hunted by the entire server and not able to fight back sounds like a fun role itself.

this is called making yourself valid as mime by talking

Yes but only one person can be the Mime this would allow banned players to not only kind of play and learn to regret their behaviors but also give a new form of enjoyment to the other players. I would happily play this role being hunted by an entire station and only having wits to survive sounds amazing.

It’s not fun at all…Security and Captain just shoot you with lethals,you die.And then greytides mock your corpse and write shit in chat about you.Its not fun at all,if you had 2 mins of trying/seeing it,you and everyone relatively sane would agree it’s not fun/cool/doesn’t teach you anything.It was on hippie not to actually teach people I’m pretty sure

still sounds better than not being able to play at all, you could always just sit out the ban

I might be wrong now,but as far as I remember,catbans counted playtime,not server time.You couldn’t just wait out one

BRUH you mean you didnt get catbanned for the “survive a round as felinid” challenge, there are literal guides on it it WAS FUN

The only time I played on hippie, I sent an adminhelp to ask why felinids weren’t available, I got catbanned.
Later on a security officer spotted me and said he has to kill me now, I convinced him to take me to surgery to remove the offending mutant parts instead, once inside surgery, I grew tired of hippiestation so I murdered him and logged off. 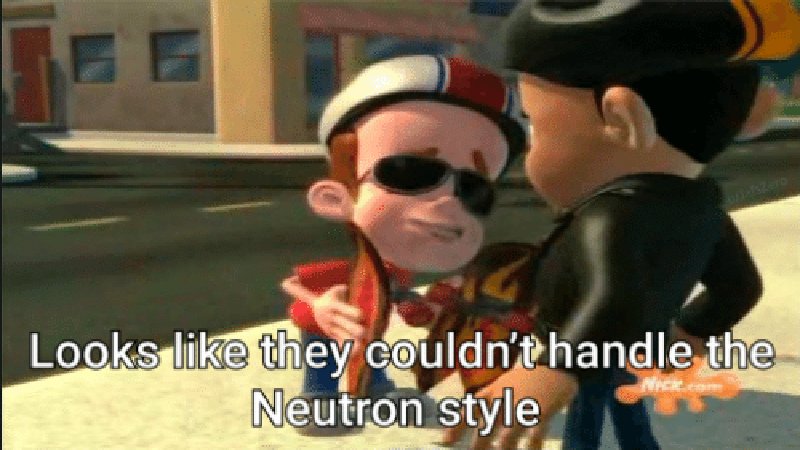 You murdered a guy who helped you,even though you were 20 times valid,on a server where almost everyone plays by"you valid,you get killed,dismembered and I shit on your family in chat"…Why tho?