Why YOU, yes YOU, Should Make Github Issues for Bugs

So, you hear it from coders all the time. Open a GH issue.

But why do we say that?

Well if you don’t, you can easily wind up with a situation where an issue goes unnoticed and untracked for over 2 years.

Such is the story of the Spetsnaz Pyro Backpack.

In October, 2019, someone had ported a whole bunch of cool sprites from TG. This included a pretty cool sprite for the Flamethrower Backpack. However, it was done incorrectly, rendering there no sprite whatsoever.

This issue, went unreported. It became a thing you just didn’t buy because of the issue with the sprite and the risk of using it overall.

Thus, the bug goes unreported and people forget about it for 2 years.

If you made an issue, it would either be: fixed nearly immediately, or when staled checked on by a maintainer. This process, even at it’s best, would be much less than 2 years time.

Please for the love of god make specifically a Github Issue for it. Forum posts can get lost, and aren’t directly integrated like issues, so tracking is harder.

Exactly, I’ve already made two before and both got taken care of relatively quickly. It isn’t that difficult to make a bug report.

NO I am not making a github bug report again or my brain’s MIND CONTROL BEESTATION CHIPS implanted via eye contact will manifest AGAIN!! I have not been sleeping for 3 (three) days (not counting yesterday and the past weeks) for realizing the horrifying truth too late after I reported a tiny bug in github dot com. This is a way to fool you into thinking you will improve the codebase by reporting game-immersion-life-breaking issues and bugs in the game. I will soon turn into a SS13 LOVER if I don’t consume coffee in the next three hours, I have been tricked just like everyone and I shall suffer inevitable doom.

But if i report issues i can’t exploit them

if i report issues i can’t exploit them

What if the issue ruins your greentext?

Huh? Ever thought about that? 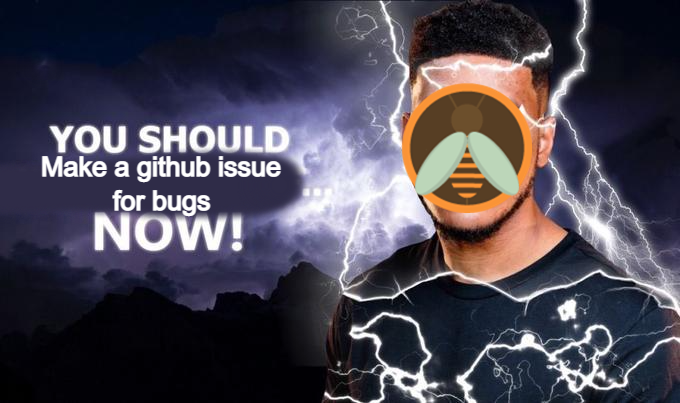 Uhh I said i exploit issues, why would they ruin my greenie?

How do I notify a maintainer if an issue has become stale and still needs to be addressed?

Get the link, pick a maintainer and ping them in #coding on discord with the link included.

Reason not to make a report!!