What's your favorite copypasta? (that won't get you banned)

I used the shotgun. You know why? Cause the shot gun doesn’t miss, and unlike the shitty hybrid taser it stops a criminal in their tracks in two hits. Bang, bang, and they’re fucking done. I use four shots just to make damn sure. Because, once again, I’m not there to coddle a buncha criminal scum sucking f------, I’m there to 1) Survive the fucking round. 2) Guard the armory. So you can absolutely get fucked. If I get unbanned, which I won’t, you can guarantee I will continue to use the shotgun to apprehend criminals. Because it’s quick, clean and effective as fuck. Why in the seven hells would I fuck around with the disabler shots, which take half a clip just to bring someone down, or with the tazer bolts which are slow as balls, impossible to aim and do about next to jack shit, fuck all. The shotgun is the superior law enforcement weapon. Because it stops crime. And it stops crime by reducing the number of criminals roaming the fucking halls. 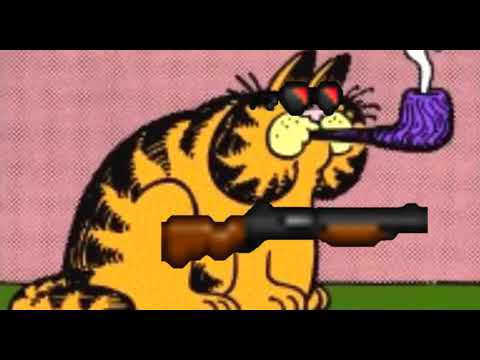 Your arguments are based on your weak effeminate mindset that has been drilled into you by your equally weak willed parents probaly. A normal being will not watch a friend or a co-worker be slaughtered without attempting to help and neither would it in a situation with no escape not turn on its attacker and fight back with all the strength it has. You do not understand this as you are weak and have been conditioned into laying down belly up at the first sign of danger. In addition to this why would I not take a hardsuit when the station is being depressurized escape is heatflooded. Why would I watch someone be killed why would I NOT suggest that me and TWO other people go help the guy and fend off his assailant? You have no grounds to stand on you have no will you have no fight in you and it’s all because you are a Janny. My actions are grounded in reality while yours are grounded in a feeble attempt at roleplay that ends up being less than LRP it’s just no roleplay. If you’re wondering why this is so drawn out it’s because I know people like you need to feel some sort of acknowledgement to even bother engaging in a conversation as you lack the required amount of logic and reasoning to take part in a rational discussion. My suggestion is actually playing a character and not imposing your real life ethics onto other players in a video game, ergo stop self inserting and forcing others to like your self insert.

I saw Ruko at a grocery store yesterday. I told him how cool it was to meet him in person, but I didn’t want to be a douche and bother him and ask him for PRs or anything.

I was taken aback, and all I could say was “Huh?” but he kept cutting me off and going “huh? huh? huh?” and closing his hand shut in front of my face. I walked away and continued with my shopping, and I heard him chuckle as I walked off. When I came to pay for my stuff up front I saw him trying to walk out the doors with like fifteen Milky Ways in his hands without paying.

The girl at the counter was very nice about it and professional, and was like “Sir, you need to pay for those first.” At first he kept pretending to be tired and not hear her, but eventually turned back around and brought them to the counter.

When she took one of the bars and started scanning it multiple times, he stopped her and told her to scan them each individually “to prevent any electrical infetterence,” and then turned around and winked at me. I don’t even think that’s a word. After she scanned each bar and put them in a bag and started to say the price, he kept interrupting her by yawning really loudly.

To be fair, you have to have a very high IQ to understand SS13. The gameplay is extremely subtle, and without a solid grasp of theoretical physics most of the mechanics will go over a typical player’s head. There’s also Ruko’s nihilistic outlook, which is deftly woven into his characterisation - his personal philosophy draws heavily from Narodnaya Volya literature, for instance. The hardcore players understand this stuff; they have the intellectual capacity to truly appreciate the depths of this game, to realize that its not just fun - it says something deep about LIFE. As a consequence people who dislike SS13 truly ARE idiots- of course they wouldn’t appreciate, for instance, the humour in Ruko’s iconic catchphrase “Im right and I hate fun,” which itself is a cryptic reference to Turgenev’s Russian epic Fathers and Sons I’m smirking right now just imagining one of those addlepated simpletons scratching their heads in confusion as Ruko’s genius unfolds itself on their screens. What fools… how I pity them.

And yes by the way, I DO have a Clown tattoo. And no, you cannot see it. It’s for the ladies’ eyes only- And even they have to demonstrate that they’re within 5 IQ points of my own (preferably lower) beforehand.

IM TIRED OF YOU STUPID FUCKING MOTHS WITH YOUR “U-UWU PWEASE DWONT POUND ME WITH THWAT STWUNBATON MISTEW SECURITEE OFFICEW” SHIT. SHUT THE FUCK UP. YOU ARE LITERALLY THE WORST RACE OF SS13. A WEIRD, MYSTERIOUS RACE THAT NOBODY REALLY SEES AS ACTUAL PEOPLE. YOU INSECT MOTHERFUCKERS NEED TO GO BACK TO WHATEVER YOU FURRIES PLAY LIKE ROBLOX OR WHATEVER I DONT FUCKING KNOW. LIKE GOD IF I SEE ONE MORE GODDAMN “I’M 5 FOOT TALL SHY BOY UWU” JESUS I AM GOING TO SNAP LIKE A BONE UNDER AN ANVIL LIKE JESUS CHRIST SHUT THE FUCK UP YOU ARE ALL LITERALLY CARBON COPIES OF EACHOTHER LIKE A BROKEN RECORD THAT NEVER STOPS REPEATING SHUT UP SHUT UP SHUT UP GOD PLEASE. OR EVEN WORSE “I AM 5’4 TWINKY FEMBOY WHO WEARS SKIRTS” NO I DONT CARE SHUT THE FUCK UP YOU ARE NOT GOING TO HAVE INTERNET WORD SEX ON MY FUCKING ATMOSPHERICS SIMULATOR I WILL TURN YOU INTO A BEAKER OF MOTH DUST DO YOU FUCKING UNDERSTAND. YOU SNOWFLAKE STUPID MOTHERFUCKERS NEED TO STOP WITH THAT STUPID MOTH FLAPPING SHIT “FWFWFW FUWAAAAA~” YOU SOUND LIKE THE KID WITH ASSBURGERS IN 10TH GRADE LIKE SERIOUSLY DO YOU GUYS EVER CONSIDER PICKING A NORMAL RACE INSTEAD LIKE HUMAN OR DOES PLAYING AS YOUR SUPER COOL HOLLOW KNIGHT MOTH OC SEEM RIGHT IN YOUR DEMENTED, IMMATURE MINDS YOU FUCKING IDIOTS.

this is a complete sentence.

(this is REALLY toeing the line, but I got away with it on discord.)

Jeff fucking Johansen. This is a callout post for every Jeff player out there. Every time I see a Jeff in the lobby, I know shit’s going to get done. I try to get a generator done while everyone else does fuck all, and who comes to help me? Jeff. I try to save a hooked Meg who’s worth fuck all, and who comes to distract the killer? Jeff. I’m wounded in the middle of nowhere with no self heal perks, and who comes to heal me? Jeff fucking Johansen. I start throwing axes across the map, and who takes all them for protection hits? Johansen the Jeffery. I walk into a lobby, I see 2 Jeffs, and I know it’s going to be the time of my life. And then David King gets involved, and life could not be better. Jeff’s doing shit while David is in a perma chase with the killer. I go into a round, I see two Davids with the same cosmetics, and one Jeff Johansen. I know the killer won’t be able to do shit, because It’s Jeff fucking Johansen and David fucking King. Can’t beat the best. I see Jeff doing a generator, and I know by the grace of God that the killer’s going to walk by him. Why? It’s Jesus fuckin Johansen, that’s why. I walk around and start chasing someone, who walks around to stun my ass? Jeff Johansen. Jeff Johansen is the number 1 creator on Spotify. Want me to prove it? I can’t, because it’s Jeff Johansen, the best. I remember one round with 4 Jeff Johansens, all of them basically vanished from the map. No downs, no kills. All escaped. Jeff Johansen has singlehandedly ruined my life and made it twenty times better. How? It’s Jeff fuckin Johansen, that’s how.

This post was flagged by the community and is temporarily hidden.

Vg are lying fucks i have been a long time player here and i would NEVER lie about my age i have been here.before the rule change i was drunk and said the wrong age i can give you more proof by shoving a FLAG UP MY ASS. And also as i said i have no notes on a russian server. Vg dosent mean shit fam i have the unban pass by allah you have to unban me or I WILL SHOVE A FLAG UP MY ASS and post it on the forrums you dont whant that do you a flag shoved in my asscrack of my bare ass on the forums do you now in the name of the allah unban me indifels or A BARE ASS will be posted here with a FLAG IN IT.

We never got the flag either, any time now

Hey guys, did you know that in terms of human companionship, Flareon is objectively the most huggable Pokemon? While their maximum temperature is likely too much for most, they are capable of controlling it, so they can set themselves to the perfect temperature for you. Along with that, they have a lot of fluff, making them undeniably incredibly soft to touch. But that’s not all, they have a very respectable special defense stat of 110, which means that they are likely very calm and resistant to emotional damage. Because of this, if you have a bad day, you can vent to it while hugging it, and it won’t mind. It can make itself even more endearing with moves like Charm and Baby Doll Eyes, ensuring that you never have a prolonged bout of depression ever again.

I made this ages ago for something that happened in a round I was playing plasmaman security, I don’t remember what for but it’s on my word document for SS13 paperwork and shit.

By the way shout out this guy for the fucking SICK plasmaman art.