The death of golden, the start of a new path

With goldens death beestation will never be the same, what will happen next can be assumed but for now well never know

golden always had a special place in my heart, even as a sage main, It had so much history, character, action, it being a tiders paradise simply made my little greyshit heart flourish, no restraints on powergaming or netspeak was great gameplay wise, with it sometimes even having better rp than sage it truly was a great server

my main gripes with its death was that it was so sudden, especially when it recently went from total deadpop to lowpop i expected it to at least be put on lifesupport until it died a natural death, but no, pulling the plug out of nowhere, many were shocked, many were astonished, some were even happy to see golden die, i assume it was planned long, long ago to do this and now the higher ups decided to completely pull the plug

But what now? will sage finally get admins? will golden players migrate to other servers? will they adapt to sage? will sage get a giant griefwave from angry golden players? will a new server open up? will nothing happen and was this just a giant publicity stunt to finally get people to play on golden? who knows, but one thing i know is that beestation is now going onto a new path, one that no one knows how it will end and one that could kill beestation, but my hopes are for the better and that it does not end badly

and on a final note

The server died before the players truly did, goodbye golden and hello to the future of beestation

Ironic, death of TG Events and unorthodox changes in TG code forced a lot of people to migrate to Beestation. Now with death of Golden the reverse is going to happen. Its happening right now honestly.

On TG i already see a lot of former Bee regulars like Owen and Freddy. Recently i noticed Luka Stanford and even Velvet playing there. And even more people on Golden were regularly talking in dchat or OOC about wanting to try TG.

And i encourage yall to try Terry a lot. Its gonna be a codebase shock 100% but after a while you are going to get a hang of the changes and enjoy the game normally.

By other lrp servers you mean failed ones like Oasis ? Nah dawg.

Tg has already a lot of shit that Golden players craved for a long ass time: murderboning, high pop, dynamic, and no filters. Imo the only reason most people stayed on Golden is cuz of metafriends they made, and playing with regulars is much more enjoyable than trying a server full of new guys with established relationships.

I think also stuff like how medical works now on TG scares of allot of people, departmental wires especialy terrify any grey tider

By other lrp servers you mean failed ones like Oasis ? Nah dawg.

theres that one polish bee one

It scared me at first too, but i honestly appreciate it the more i play. The injury system is very based and adds a lot of weight to weapons. It makes more sense that Esword should deal devastating long lasting damages compared to a shitty toolbox.

theres that on polish bee one

Aquilla Station? Its aight, but its stuck in lowpop limbo. Too bad cuz a lot of work is being put there. Amount of flavor texts, references to polish memes and culture is honestly astounding and hillarious. Too bad you anglovirgins cant experience the sheer insanity of polish mindset.

Sad how things have come full circle, tg players come to bee because of their controversial decisions and end up returning there after bee does the same.

Believe it or not there is a german bee station project. 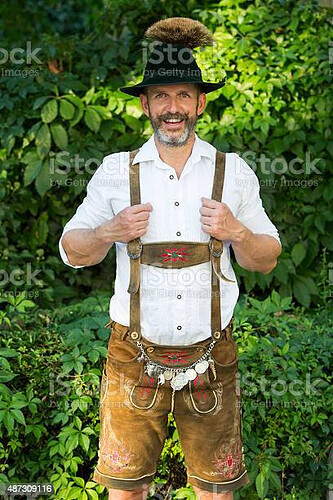 I guess its time to go back to tg.

See you there. Terry, right?

It’s hosted by someone that wants an LRP server, but has no real idea what they’re doing and none of the dedication required to sustain the project. They’ve already tried and quickly gave up once before.

If you want LRP closer to Beecode, but also want an actually stable set of staff behind the server, go look at playing on Austation. Aside from TG, Austation is the only other LRP server that is even worth attention right now unless you want a lot of the same endless, self-feeding loop of lowpop Golden had.

Yeah, i used to be a terry main.

I don’t know if I’d really say it was sudden. Especially since we gave a notice and are giving people time to enjoy it before we take it down. People have been telling me for months that Golden is dead and finished, then after we announced it I had many more tell me that this was expected but sad (which I agree with).

Personally, I would rather Golden go out now over putting it on extended life support just to watch it bleed out even more. I think this is a far more respectful way to end its legacy. It will be gone, but never forgotten.

Uhh mr host ghost will the population cap on sage be increased? How’s that gonna work we gonna do like a whitelist maybe?

The pop cap for Sage is not changing. We have tentative plans to open a second MRP server to help with overflow and growth, although this will be something that comes a little after Golden’s formal closure.