Ban Reason: posting an electric■■■■■■ comic which I have spoilered and said its NSFW three times afterwards. heres the thing obviously nsfw: <removed by staff>
admit it its pretty funny lol, its not serious as well

Appeal Reason: >banning someone over a spoilered electric■■■■■■ webcomic
looool
also, sexually suggestive content was posted by the person who “reported” me countless times but nothing has been done about it so far.
and i’ve been told by xylana that if i post something suggestive i should spoiler it and call it nsfw, which I have done.

also zoey if youre reading this
/me does the shmoney dance

You do realise we have a nsfw channel for a reason, correct? I’ll wait for other staff opinions.

I, I don’t get it, what’s so funny about it, it’s just not even funny

The pic was literal cringe

You posted what qualifies as NSFW of a minor in the discord server - which we are trying to crack down on, or atleast, I’m trying to get other admins to go through the NSFW channel and delete loli art and similar. 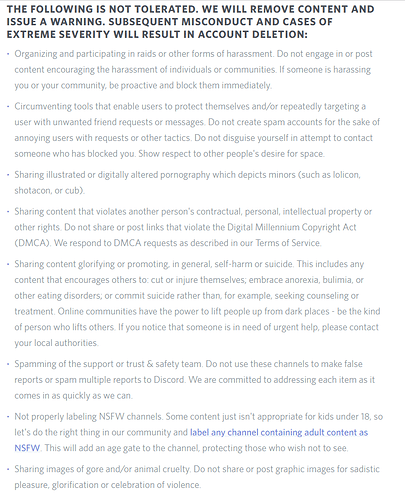 Read the third rule down.

It has been two hours since you were banned; even if this was a ban for another thing, I would still wait more than two hours. 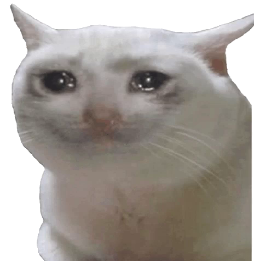 Seriously? The image (which I’ve since removed) shows the private parts of what is implied to be an underage girl… You’re really going to act offended when someone calls the image out? That just tells me that you really don’t understand why this sort of thing isn’t acceptable.

I’m going to deny this. Frankly, anything depicting the sexual assault of a minor is A. not funny and B. not something I can abide. Your actual appeal and follow-up responses reinforce this decision.

Attempts to appeal this will be denied for the foreseeable future.