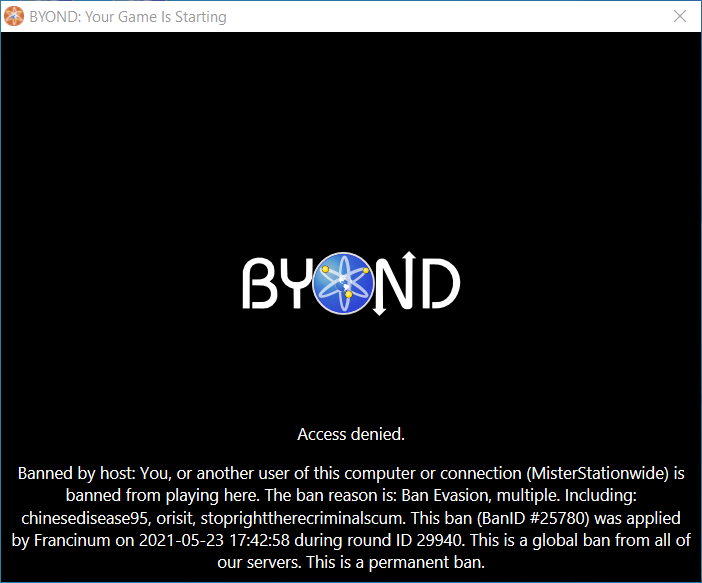 Appeal Reason:
I am not any of the users listed as being banned, nor am I related to them in any way. The ban triggered due to me connecting with a new VM.
Additional Information:
I’m a linux user and have to play SS13 with a windows VM. However, that causes various weird issues to pop up, so sometimes I mess around with the VMs to try to fix them. This has happened to me before on beestation.

I wrote some more details on why it happened if you’re curious, or god help me if you know how I might be able to solve having lag on one server specifically:

Anyways, sorry for making more trouble, maybe I should’ve stopped connecting to bee when messing around with temporary VMs the first time I triggered a stickyban.

I mean I’d assume you’ve had enough time around that its safe to say that this is what it is.

However, I don’t know if we should trust someone who uses Linux as a daily driver OS to be mentally sound enough to be allowed on the server. /j

While what keeps happening to you is regrettable, even more so is that you are a Linux user, think about it, simple OS change could save you from writing a wrongful ban appeal!