If we are not a chaplain, are our prayers heard?

genuine doubt, since the gods are the adm’s

I read all prayers when I’m on, if I can. I usually let players know that I’m listening by only respond with a cookie. If your hands are full then you wont receive my blessings. 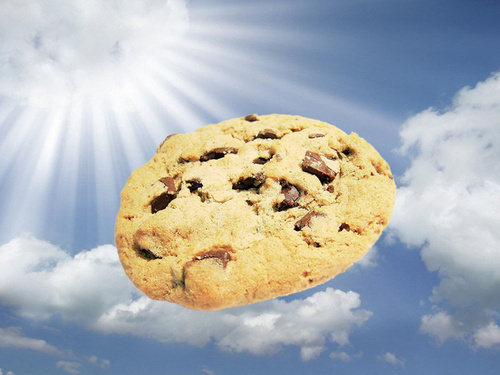 Sometimes, it depends on if the “gods” have time or have nothing better to do, and they more willing to do something if u sacrifice or trade something (like: they get u out of crit but u get paralized). Also it depends on the mood of the “gods”. This is my experience with praying

The gods dont give a fuck about sacrificed mobs. Maybe live players, so their deaths aint in vain, but you better not self antag to do it

Sometimes I ask god for a cookie. 9 times out of 10 I have gotten a cookie, regardless of job, even ashwalkers.
If there’s one thing you can typically bribe from god it’s a cookie.

I’ve had my prayers answered when not playing as Chaplain (in-fact I don’t think I ever played that role) the only times I can ever recall doing so is whenever I get stranded in a capsule shelter and the dang thing comes with dice instead of a guitar. So I pray for a guitar and explain why and typically I get it.

All prayers appear the same way. In big blue text and a bunch of verbs to respond.
I pretty much always respond if I am not currently dealing with a ticket, or tabling people that get into my work area.

Chaplain prayers are identical except are accompanied by a fuck huge

Think the last one I had time to deal with chap kept praying for burgers. So got some super bites. Then after some “willing” sacrifices. Got a roburger.

I think I’ve gotten like three prayers answered as non-chaplin. Only one I remember was asking for my brain damage to be healed (muscle weakness sucks when trying to do anything) to fight the cultists. Got it healed in exchange for “Praying to the lord for more than passing my exams and snow days”.

Some admins do it more than others. I’ve had my prayers answered a lot of times, for various things. I’ve been turned into a xenomaid, I’ve been turned into a pod person, I’ve been killed for praying too much, I’ve had a mob spawned that killed me and then i was resurrected, so on and so forth. Most of the time, its NOT as chaplain. I dont really play chaplain unless I plan on being gimmicky as possible (I.E. a moth that prays for lamps and worships light, or a chaplain that worships Kudzu). My lamp prayers have NEVER been answered by admins (I just wanted more lamps, damn) If you arent asking for anything specific, you just make sacrifice after sacrifice while praying for boons, you tend to get them more. Willing sacrifices work too. But normally admins dont answer prayers, because they are busy with tickets or actually playing the game.

I rarely responded to prayers because they often were too vague in what they requesting, which forces me to sit there and think of something relevant to their prayer when I’m often already busy with other things. I prefer clear and concise requests which don’t have a significant effect on the round but that’s just me, others might like the vagueness giving them more room to adminbus.

ahhh I remember that, then after that was the greatest round I’ve been a part of

Yea
My favourite ones are the Nar’Sie prayers, if you use that make sure you have good wording

How can our prayers be real if our eyes arent real

pray: give me instakill riffle plz.