How to Disperse Riots - A Guide to Security

What’s that? Some non-antag lawyer wants to lynch all of command? Don’t worry, you’re in good hands; any good Head of Security or Warden will have the “revolt” be out of here in no time. Here’s a guide on how to disperse both Non-Antag and Self-Antag riots + How to do it non-lethally and lethally.

Identify if it’s non-antag or antag. Revolution GAMEMODE vs edgy curator who wants to exterminate moths is different. Make sure to contact your local AI. This guide is for Non-Antagonist riots; if you want me to make a dossier to killing antagonists, I’ll make one, but not right now. The difference between a non-antag riot and self-antag riot is that Self-Antaggers will actually attack you with intent to kill. Be careful and stay on secways; you can’t be slipped or disarmed as easily. Now for the guide.

There are two types of riots; one is where they weld themselves into a room and scream over Common, and one where they begin shouting at the brig. Most of the time, they just want a certain job / race gone; don’t give them what they want. Ask them nicely to leave; if they don’t, ask them with a threat. If they still refuse, get ready to unleash hell. Firstly, identify the riot leader(s). They are the only ones you really need to arrest.

Now, time to gear up. Get everybody in the security crew a set of riot gear / armour, a riot shotgun + tear gas, flashbangs + flashes and shields. Don’t forget pepperspray and cuffs. Your standard officer should have riot gear, a NON-LETHALLY CHAMBERED riot shotgun, flashbangs or tear gas, a flash and a stun baton.

Time to oppress; identify the threat. For a low-scale riot (3 and less), just get your officers out, apply one (1) teargas, arrest the leader and you’re good. For anything larger, get the grenade launcher. Load two flashbangs and one tear gas.

When you open the doors of the brig, immediately toss a flashbang. This should stun most of them. Get your officers to arrest the heads and, if possible, the other rioters; apply teargas to reinforcements or anybody with flashbang protection. Stunbaton people who resist arrest and pepperspray if you have no flash. Try not to start blasting immediately; a flashbang should be enough. When shit gets violent, that’s when you start stam-critting. Use rubbershot for best effect.

SELF-ANTAG RIOTS: DO THE JOB OF THOSE DAMN ADMINS

So, you have a group of self-antaggers who are genuinely going to try overthrow command / commit racial genocide? Fun. Repeat protocol as listed above, but be less sparing with the tear gas and flashes. Arrest ALL of them and apply sentences as needed. Should they actually kill somebody or start trying to kill your personnel, DO NOT BE AFRAID TO LOAD SOME BUCKSHOT. You have a right to defend yourself, the admins will (or should) understand that. Ahelp on discord or in-game, get them punished and have a nice time.

Fine, get CC to do it. Get to the bridge, message CC and call ERT. If shit’s actually fucked, the admemes will take pity and send a squad to assist. Fuckers will kill all the rioters. Job sorted

Alright, that’s the guide done. If you want me to make role-specific sec-guides or how to kill antags, do say so.

How to disperse riots based on protection.

Temp gun and disable. Make multiple temp guns in sec lathe if you need to.

Take departmental techfab board. Get silo link. Build another seclathe in a hidden location. Call your department over to it. Arm everyone with shields, tesla guns and temp guns. incapacitate and capture targets.

Targets are armed because your warden didn’t secury armory?

Make a chem dispenser. Get piercing syringes and a syringe gun from medical.

Pick off targets one by one with incapacitating chems. 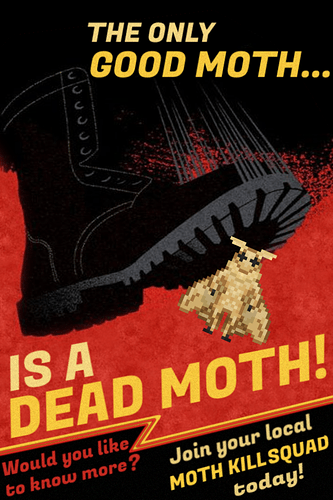 Literally so much wrong with this. For one, it implies that there are any security or AI or even admins connected at any point. Second, it thinks the nonantags don’t act exactly the same way they would on a rev round, every round. Third, it implies I want to sit as a ghost for 30-40 minutes because I tried to stop a bunch of anarachists from ruling the station by myself. Fuck that. Not my circus, not my monkeys.

This guide is obviously referencing MRP. If you’ve got mutineers and rioters on LRP just start with lethals.

This guide is obviously referencing MRP. If you’ve got mutineers and rioters on LRP just start with lethals.

it implies I want to sit as a ghost for 30-40 minutes because I tried to stop a bunch of anarachists from ruling the station by myself. Fuck that. Not my circus, not my monkeys.

yeah pretty much, even for just single people trying to smash into the brig or something il give them a little taste of the lethals to tell them to fuck off

if its 2 or more though, thin the crowd; just be prepared for a war when you start firing lasers.

how to disperse riots: shittalk back on the radio to own them