bring them back as beecoin race or antag or something, i miss the fishy fellows, i want to die to salt and scream about glass shards and have my name start with sq-

And… also rebanned. What the fuck happened?

And… also rebanned. What the fuck happened?

You gave the captain depression that round.

reminder to never let hedonists in charge of anything that’s how rome fell. 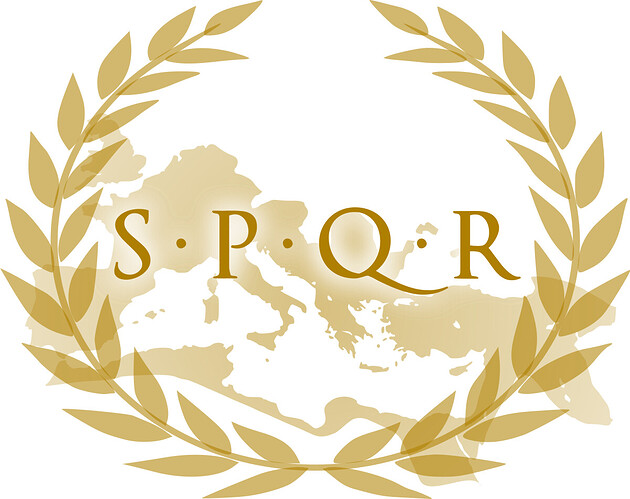 Excuse me, but when you say “Rome” do you mean Rome as: the City or the empire (if it’s the latter, which empire? both?)?
Also, your image is displaying the whole empire under Trajan [100 AD circa] (that would later split into western and eastern empires); the eastern empire would live for a thousand more years than its western counterpart, and would remain one of the strongest powers in Europe for most of that time.
It should also be taken into account that the population of the eastern empire would identify itself simply as “roman”, not byzantine (a term that would be used after its fall).

As far as I know, the major issue that caused the decline of both empires was the gradual degradation of the military systems.

The eastern empire experienced multiple times a cycle of degradation and resurrection. The final causes of its fragmentation were: tensions with the west (which also led to crusades), the increasingly worse state of the finances and (in its weakened state) they couldn’t defend themselves against an ottoman invasion.
Also, the fall of the Byzantine empire doesn’t necessarily mean the death of Roman culture. There is a sort of continuity for the inhabitants of the Balkans/Anatolia, in fact they continued to call themselves Rūmī (“Roman”).

The western empire, instead, fell into decline much earlier. The main cause could be attributed to the degradation of the military. You’d have to understand how the military was one of the (if not THE) most important institutions for the roman empire. It’s how they could maintain cultural and political unity in such a huge empire (if you are interested in how this process works you should read “myth of nations” by Patrick J. Geary, doesn’t go super in depth but it’s very accessible).
Internal power struggles forced the military to be organized in a much less centralized way, and at that point you should blame the loss of political unity for the downfall of the empire.
Again, here too we experience a sort of cultural continuity with people claiming to be the successors of the Roman empire.

I sincerely cannot understand what you mean when you blame “hedonism” as the sole cause for the downfall of the Empire(s).
Granted, my explanation is very limited as well (you could write infinite books about this subject) but I doubt you understand the events which brought about the downfall of these empires.

(do correct me if I was wrong in my explanation)

Godamn this could be a copypasta Listen, shitposting is hard and I’m trying my best

I would appreciate if you were more supportive

Then who the hell am I gonna sell all this armor to!?

You don’t sell it, you simply wait until some nice british chaps come and “free” you from their weight.