No, I objectively speak for everyone and we all hate fun, go away. 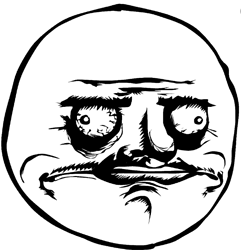 We used to have gateways, it resulted in cheese rushing magical dice to become the funny magic man and complelty destroy the round. Until we have good gateway missions I dont see them getting used ofton. Even snowdin my beloved is unfortantly broken

Also wasn’t the main reason why gates are adminspawn (at least on bee) that the server get the hiccups when gateway maps are loading in?

Also wasn’t the main reason why gates are adminspawn (at least on bee) that the server get the hiccups when gateway maps are loading in?

This and also that loading an extra Z level can push the server’s “Make or break” point to a much earlier time than normal.

## About The Pull Request Re-adds away missions and changes them to be part o…f the research department. Now a dedicated part of the science team delves into away missions to recover advanced technology which they can then reverse engineer using the destructive analyser. Also expands the backend code of the gateway to support the existence of multiple away missions, multiple gateways in away missions and time limits for away missions. Finally, prevents explosions on most away missions and makes them all monstermos compatible. **Gateway Improvements:** Currently, the gateway can only support one away mission, which is generated at roundstart. If a new mission is loaded, it supersedes the old one, which can no longer be travelled to. With these improvements, the gateway now works on a gateway ID system. The stationside gateway is the "Hub" for all the other gateways. Each other gateway is assigned a unique ID depending on what the mapper set it to. Whenever the gateway is turned on, it prompts whoever turned it on to enter an ID. It then locks onto the gateway with the matching ID and activates, allowing two way travel. It can then be turned off and reactivated to target a new gateway. This allows for more than one away mission to be functioning at the same time. Explosions have been disabled in most away missions to make them monstermos compatible (the alternative was making every turf indestructible and building impossible, this is the less disruptive option). **Unstable Gateways:** Gateways can now be "unstable", and will collapse after a set time. These gateways make a distinctive beeping noise, which gets louder as they get closer to collapse. Upon collapsing, the gateway kills everyone on the Z-level before deleting itself. The subsystem to delete the collapsed Z-level will be "acquired" from https://github.com/BeeStation/BeeStation-Hornet/pull/2551 whenever it is finished. **Away Teams:** A new job under research. Max 4 job slots. They spawn either in the RnD lab or in the gateway itself, which has been moved into the science department. They use away mission data disks to load new away missions, which they then explore. They've been given additional equipment to help them handle the environments. Light Armor Vest - A crappy version of sec armour. Provides some protection from hostile mobs. NT Pocket Revolver - A tiny 6mm revolver. Does very little damage and fires slow moving projectiles. Works as either a last resort weapon or for killing off weak melee enemies. Fits in pockets. Full Toolbelt - Self explanatory. Unstable Gateway Tracker - A pinpointer. Use it on an unstable gateway to track it, allowing you to find your way back quickly, as well as remotely view how much time you have before it collapses. Flashes red whenever the gateway will collapse in under two minutes. Striker SMG - Far more powerful than the pocket revolver. These guns are kept in a locker that requires RD access to open, so you'll need to ask him to get them. For when you plan on taking on more difficult missions such as spacebattle. Both guns do not work on the station Z-level because they use a special firing pin, which can be printed at RnD to allow the safe issuing of other weapons such as shotguns to the away team. Credit to https://github.com/tgstation/tgstation/pull/48600/files for the firing pin. Once geared up, insert an away mission data disk to load a new away mission. Go in, clear out any enemies and get looking. Scattered around every away mission are away mission tech disks. Most are broken and therefore useless. The ones that are still working are important. They can be taken back to the station and broken down in the destructive analyser to reveal new technology. I've split illegal tech into a bunch of these new gateway techs, and I have a couple of other ideas, but if you have any I'd love to hear them. Weapons, tools, items, all are welcome. todo: - [x] Multi-Away Mission Support - [x] Multi-Gateway Support - [x] Unstable Gateways - [x] Mission Loading Data Disks - [x] Away Team Job - [x] Away Team Equipment - [x] Gateway Tech Disks + Functionality + Lootdrops - [x] Split Illegal Tech - [x] Update Boxstation - [ ] Update Metastation - [ ] Update Delta - [ ] Update Pubby - [ ] New Techs + Duplicate Disk Changer Thing - [ ] Fix merge conflicts Map Updating Status: - [x] The Beach - [x] Challenge - [x] Snow Cabin - [x] Moon Outpost 19 - [x] Underground Outpost 45 - [ ] Snowdin - [ ] Caves - [ ] Wild West - [ ] Academy - [ ] Space Battle - [ ] Research ## Why It's Good For The Game Brings back away missions, makes them less of a selfish rush for epic gamer loot and more of something that can benefit the station. The changes to gateway code allow for more creative gateway missions. ## Changelog :cl: add: The gateway is now part of the science department add: New job: Away Team. Explores away missions to recover technology to reverse engineer. Also uses guns to pew pew simplemobs. add: New gateway exploration equipment add: Support for multiple gateways in one away mission add: Support for multiple away missions active at once add: Away missions can now have a time limit del: Illegal Tech tweak: explosives no longer work on away missions balance: rebalanced away mission loot to be less overpowered fix: away missions are now monstermos compatible imageadd: added some lovely codersprites config: changed some config setting admin: "Load Away Mission" verb no longer prevents access to any away missions that were loaded already /:cl:

okay so:
gateway lags the server loading additional map and reduces memory available to it.
On top of that we literally have no good gateway maps. The most recent one (the factory) is literally the worst and I see no attempts on updating any of them. Every single one is broken due to atmos changes.

ah yes gateway… wizard den? go to space avoid carp and just bluespace inside the wizard room for dice… or other means.

There isn’t a point either. Cae’s gateway rework is dead iirc but bacon’s shuttle stuff has a lot more potential.

I don’t quite know what his desired ends are, but I could see it resulting in something like baystation’s explorer job. I very much like the idea of explorers and miners (separate ofc) working with other people on ships instead of being a fucking single-player game.