Incident Description: I was outside of the brig when I encountered a botanist who held the fire axe that was stolen from atmos earlier that round. I watched the botanist smash open the cell window, breach the cell, and then breach into the brig use the fireaxe.

I entered into Cell 2, curious as to what the idiot was doing. 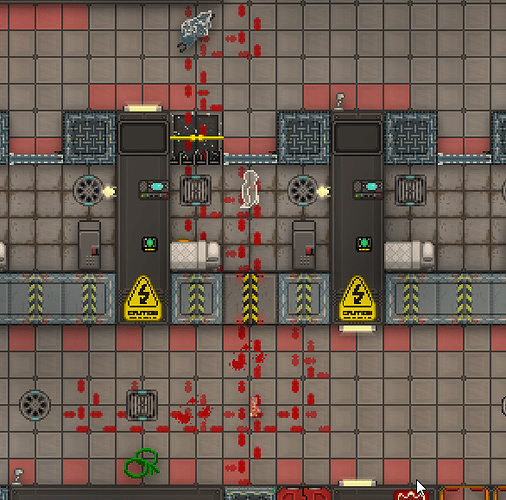 At this point, Claire Wilcox appeared moving eastward, coming from proximate of the Labor Shuttle, security side. The botanist continued into Brig, and moved towards the Warden’s locker, smashing the window with the axe from the side facing brig. 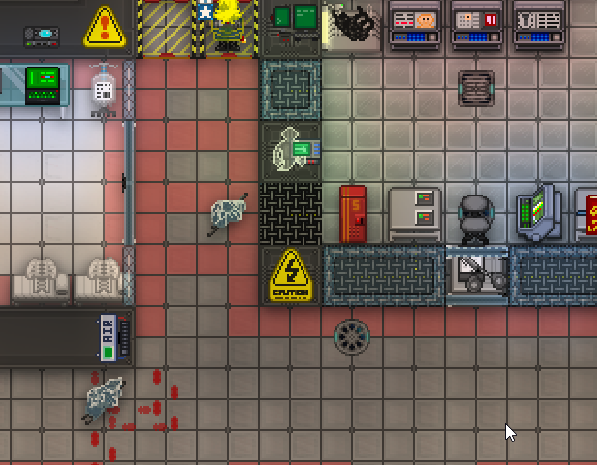 Without a single word, Claire Wilcox proceeded to use lethal force casually and indiscriminately against the Botanist. The botanist then proceeded to move backwards towards me, where I shoved them away. I moved from the interior of cell 2 to the exterior of Brig into the common hallway exterior to Brig. 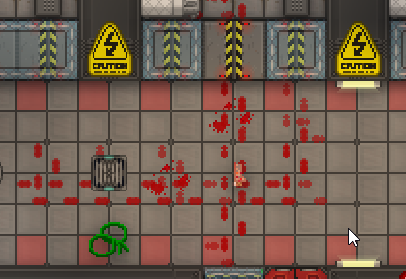 At this time, Claire Wilcox had injured the botanist sufficiently to the point where they fell to the ground.
I noted that I had been struck twice so far by laser fire, and exclaimed “YOU SHOT ME” as I stood passively in the hall. Wordlessly, an emotionless killing machine, devoid of all compassion or desire other than murder, Kate Wilcox did exit the Brig and did proceed to fire multiple volleys from their laser gun onto me, until I fell to the ground, paralyzed by my pain and burns.

As I lay gasping, I questioned “Why?”.

Claire Wilcox then proceeded to draw her saber and slit my throat, chuckling “Fucking idiots”.

Shortly after, I perished.

During the course of these events, the station’s alert level was blue.
At no point did I enter into Brig past the interior of Cell 2.
I had no weapons or other items on my person.

Claire Wilcox immediately escalated to lethal force, and used lethal force against a subdued threat.
At no point did Claire Wilcox attempt to detain either person. She used only lethal devices, as opposed to non-lethal disablers, flashbangs, or flashes.

[Common] Claire Wilcox says, " Ogan was the bomber all along. "

[Common] Palladium XLV rattles, " I can’t get the controller to recognize the circulators. "

You put the rapid-construction-device (RCD) into the industrial backpack.

Devrim Kelly draws the Robust Gold packet from the jackboots!

Without even breaking stride, Devrim Kelly flips open and lights the Zippo lighter in one smooth movement.

With a single flick of their wrist, Devrim Kelly smoothly lights the cigarette with the Zippo lighter. Damn they’re cool.

You hear a quiet click, as Devrim Kelly shuts off the Zippo lighter without even looking at what they’re doing. Wow.

Zerkon Sledgefist hits the grille with the fire axe (Wielded)!

Zerkon Sledgefist hits the grille with the fire axe (Wielded)!

You’re hit by a laser in the head!

Zerkon Sledgefist is hit by a laser in the left leg!

The fire axe is hit by a laser!

Zerkon Sledgefist is hit by a laser in the chest!
[Common] Corbin Minnie says, " And science access. "

Zerkon Sledgefist is hit by a laser in the head!

Zerkon Sledgefist is hit by a laser in the head!

You’re hit by a laser in the left arm!

Zerkon Sledgefist is hit by a laser in the left leg!

The shard is hit by a laser!
x2

You’re hit by a laser in the head!
x2

You feel your heart slow down…

Claire Wilcox puts the officer’s sabre into the sabre sheath.

Claire Wilcox says, " Breaking into brig with a known traitor inside. "

Very based report, not a admin so I can’t really help but I can bump it.

Will delete in 3 days due to lack of reply

Admins answer reports within the day they say

Though without round I’d or Ckey
They got away sadly

I was salty at the time for getting gunned down for standing around.

Can’t do anything with no round ID, sorry.

The savage hit em with a man page. While the situation by itself was messed up, the report being told like a dramatic story was a good touch.

Edit: Thankfully there weren’t a ton of rounds that day and I was able to find what I think to be the round based on the information provided. In the future, provide round IDs. The tools are fairly limited for admins, without the round ID they’d have to download every single round in-game and manually dig through each of the logs. Given your recent application to become an admin, you should be more mindful about how you respond to these kinds of issues and the limitations that exist for administrators.

I am both curious yet horrified to see how the logs are structured by Byond.

How much log volume does Bee generate in a day?

Are automatically sanitized and publicized logs a worthwhile endeavor for Bee?

I have a little bit of experience in the field, so I’m curious.

Maybe I retract my admin application and you wrangle me as a code monkey.

Get-current-logs is the command you need.

Oh, and the logs have a lot of detail which is good

How much log volume does Bee generate in a day?

Depends on the day. If we do just today, there have been 30 rounds worth of logs thus far (between Sage and Golden). Each round generates about 32 individual logs (Although, the attack and game logs are what is mostly used during reports). The actual size of the logs are directly proportionate to the length of the round, as you’d expect.

Are automatically sanitized and publicized logs a worthwhile endeavor for Bee?

It has been a consideration, but as of right now I don’t deem the liability or the potential for witch-hunting worth the benefits. Better internal tools are something that is being considered, but that requires resources we don’t currently have to spare.

Maybe I retract my admin application and you wrangle me as a code monkey.

Nobody said you can’t do both.

Well then, probably as an admin internal site.

Checked logs, bloons had never attacked the cap. The cap attacked them outta no where, as said. Getting someone to apply a 3 day.