AKA murderboners unite. We have been oppressed by furry CMO’s and retarded sec mains for too long. The only way for growth is to use them as stepping stones.

Blow shit up. Plasmaflood. Pick up a secHUD and go to town with a fireaxe. Kill the entire station as you hear people bitching about you on the radio. Shittalk people in deadchat after you inevitably die to another tider who has a spear. Have fun.

(only as an antag though)

welcome to cmoffth life, the best one,

Thing is, to be an effective murderboner, you need to have very good chems at your disposal to fight off 10 people at once 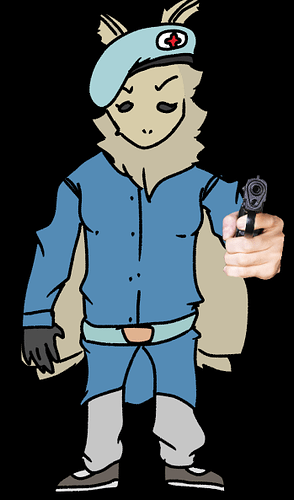 This post does bring up a few questions. Namely, is plasma flooding or mass max capping the station to force a shuttle call on MRP alright?

Also, a real mass murderer hides in maint with thermals or x ray vision and kills his victims one by one.

Or they have a fun gimmick, like kidnapping people before torturing and killing them.

Or… just take the brian brainy method, which is “throw grenades like they’re candy,” before eventually getting caught and suicide bombing.

Or… take the real chad move, and just brainwash everyone instead (god I wish brainwashing disk wasn’t medical doctor only).

implying I ever play on MRP

figures why you made no sense to me

this is the 100th post on the general topic