a rational man doesn’t go to walmart to shop, he goes there for the experience

much like walmart, a rational man doesn’t go on beestation to play, he goes there to observe the spectacle of raw human survival instinct and power unfold beneath him much like the great Roman Colosseum of old

much like beestation, every time you leave walmart it’s either with groceries or with a broken bone, and you never know which

i was on beestation two days ago, just observing and writing down the shit i saw

within the first round i witnessed a non antag scientist beat the detective within an inch of their life with an improvised stun prod before the detective then began retaliating with their .38 caliber revolver, fending off the attacker long enough for him to escape

it was a high octane chase throughout the crowded meta station hallways, until the scientist finally catches up with their quarry outside the AI upload, mortally wounding the detective, subsequently looting him for his revolver and tossing their still warm body inside a nearby emergency oxygen locker, before two other members of security apprehend the scientist, opting to “pepper spray his ass”, dragging him into the prisoner transfer center, beating him the whole time with their batons

no one sanctioned this execution, just two security officers beating the scientist with their bare fists, not even any humane lethal injection shit, or force borging, just beating another human to death with their fists and batons like an illiterate barbarian

Ok but did you take any screenshots 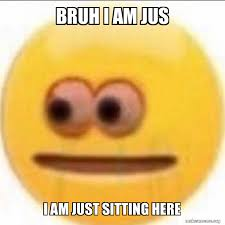 each walton family member holds like 30 billion in self worth

lemme know when beestation staff are worth more, it would be much easier robbing them

Did you report any of that?
Admins don’ magically know about everything that is happening in game and especially when they are not on. As far as I understand there is some kind of notification for admins if noone is on and someone sends ahelp. We can’t really blame them for not dealing with issue that was never pointed out to them.

That said lack of admins, especially on golden is a huge problem. Shitters are well aware that they can do basically anything when admins are off since chances are they won’t come in and check ahelps, once round is done they never go back to them and even if someone will bother enough to write a report on forum it most likely won’t be ever investigated. There’s so much of selfantagging, I can even throw multiple examples from last day or two, starting from straight up murdering, making conveyor belt+electrified grill traps that killed and husked people walking through central hallway, going to arrival shuttle to instantly kill someone who just spawned and finishing that list with AI on asimov trying to delam sm (since shuttle is called anyway…) or attempt of plasma and n2o flooding with mandatory killing of 2 engineers. That’s why lrp is now constantly on low pop, people don’t want to deal with this crap and its especially frustrating when you check mrp and there are 2 admins at the same time…I get that there’s usually more players now and there’s more to handle but having 2 admins on and not even one checking what’s happening on other server every now and then doesn’t look like good organisation at all

There’s really no set way that we can ensure that there’s at least 1 Admin on at all times. I’m not going to schedule shifts for a spessmen game.

There’s currently 25 people with the @Adminhelp role on the Discord which is pretty decent. I’d love for it to go up though.

With that being said,

what the fuck? Do you have the round ID? 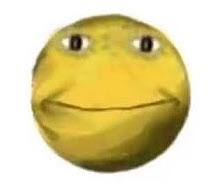 If that really did happen I think we all know who did it.

I will not publicly shame them by name. But we all know of the feline friend who has done this before. Who would run off to a secluded area with one of their ERP partners and they were even punished previously.

I would strongly urge Xylana not to release the logs and just handle the situation as quietly as possible if the accusation is truthful.

But release the logs. Name and shame

Yes release the logs so they can get permabanned and have their ERP posted in hall of shame for all to see. Do it.

all of you people act like this is all bad

in fact, arguably i would say that this experience has given me a newfound respect for beestation as a server

i mean, don’t get me wrong, my opinion of the players and administration is pretty unchanged, and i most certainly wouldn’t actually play a round here any time soon, since im not a fucking belligerent wooden-headed jester of a plebian

it’s like Filipino cock fighting, or the Roman Colloseum, just ghosting round start and choosing to follow some random member of security around, or maybe the guy that burglarized tech storage and EVA storage not three minutes into the round and has already beaten up said seccie for their equipment

this place is such a microcosm of humans just reverting back to their raw instincts during a conflict situation, and they do the same thing every time

did i ever tell you what the defenition of insanity is

i thought you were serious until the classic “definition of insanity”. Well played

People do this on every single ss13 server bro

that was actually an extension to my comparison argument of beestation and walmart, showing the common plebians view of the mindless quarreling that they perpetuate day and night