Incident Description: A traitor was caught, he kept their stetchkin and thermal imaging goggles which should have been stashed away into secure storage as they’re contraband, then proceeded to print out 10mm ammo to make use of his stetchkin. Shortly after, he grabbed a trash bag and filled it with .357 ammo for his revolver (He was a detective.)

More info for funnies (Not giving the names because let’s focus on one thing at a time and consider it as a mini-rant):
The amount of people that break the whole “no ur not soldiah stop heading into danger” is starting to become annoying and should be removed, why do I bother following this rule to the bone if nobody else is? Doctor sees ling, doctor attack ling. 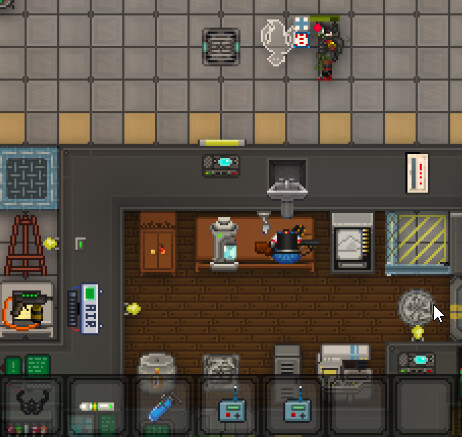 no, he wasn’t traitor.

Funny thing is, i ahelped several times before about the same person who always and i do mean ALWAYS keeps any lethal traitor gear on em. I get some people wanting to emagg their security mask and all that. But holy fuck, Sandal always goes all out keeping everything on them and mass printing ammo for their stechkin or anything else.

How many more times do they have to be reported before it becomes clear that no, you can’t walk around as a Detective or any sort of Security wearing e-swords, stechkins. Keeping emaggs or other stuff like it.

The individual in question has been banned for powergaming in a case unrelated to this report. It may be used as information/evidence during any appeals.