A guide on setting up the supermatter (number 3)

Okay so you want to set up the supermatter. This guide should work even if you don’t know atmos, although I don’t recommend touching SM without atmos knowledge at all.

To start you need to grab the tools highlighted. You’ll want a RPD and some mesons. They’re here on metastation. 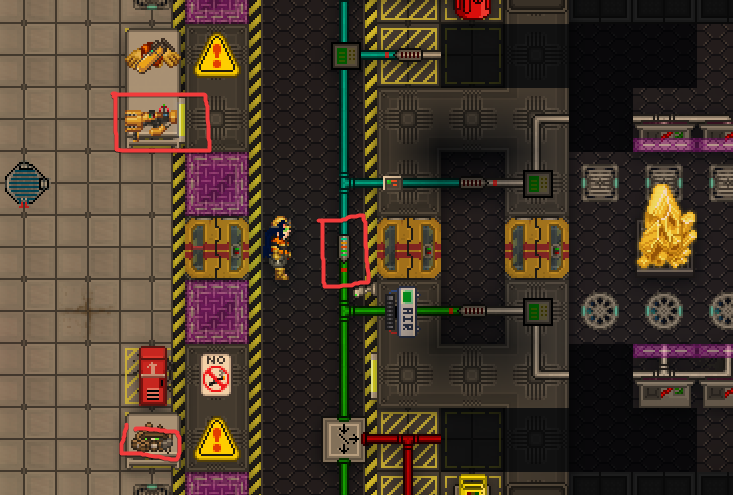 Also turn off the pump circled in red.

Next up we want to straight pipe the pumps marked in red. 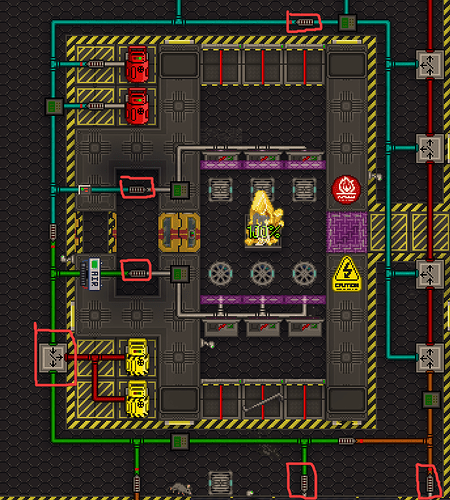 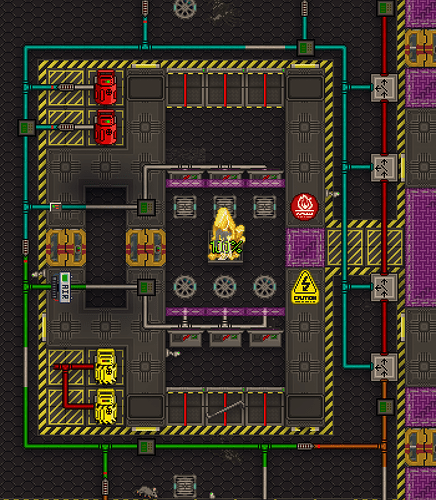 Next run on over to the filter and set the first one to filter N2 and on. You can do the same for the other 3 filters too, but they can also just be set to nothing. Doesn’t really matter. 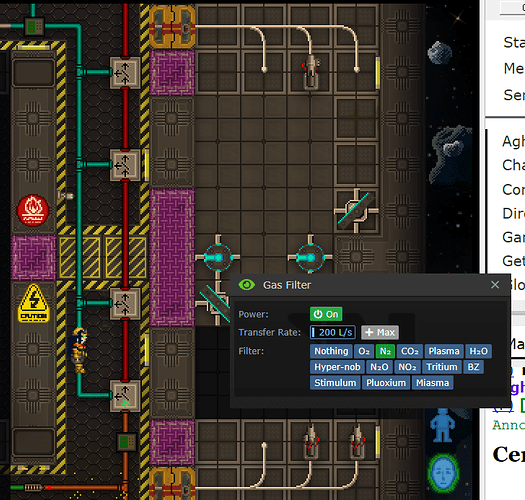 Wrench the canisters, turn the pipes next to the canister on at max pressure (just press the max button) and run over to the air alarm 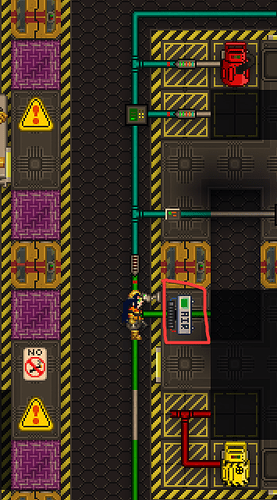 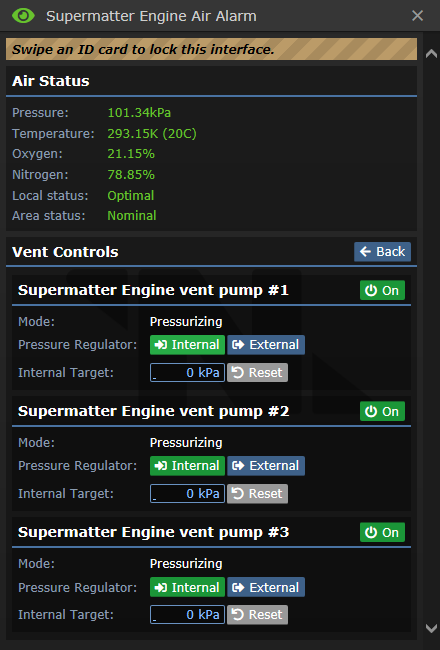 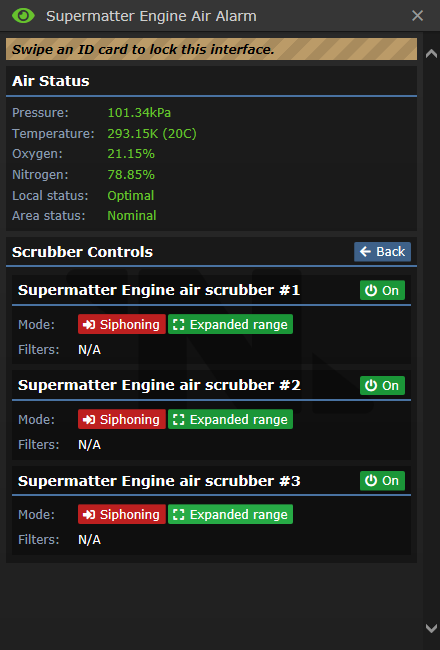 The gas is now flowing thru the chamber, into the space cooling loop, thru the filters and back into the chamber.

Run over to a tank dispenser and grab 6 plasma tanks. 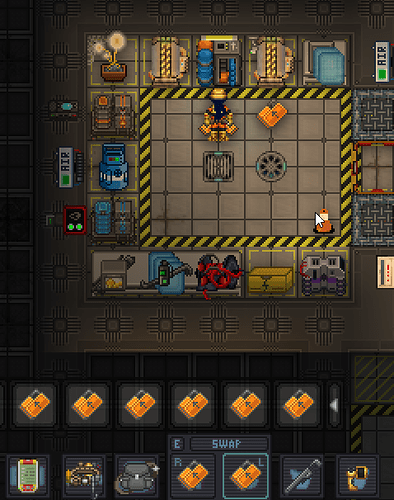 Put the plasma tanks into the radiation collectors (circled in red) and click them to turn them on. You want it to look like this. 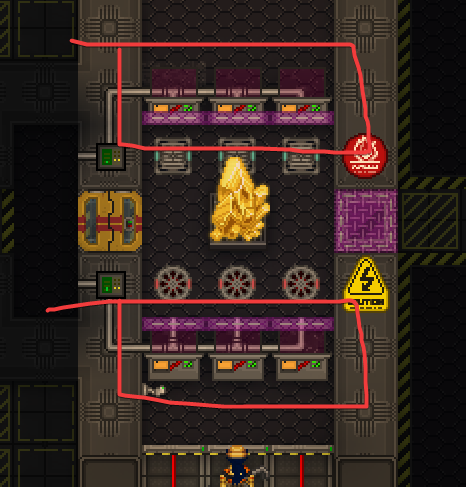 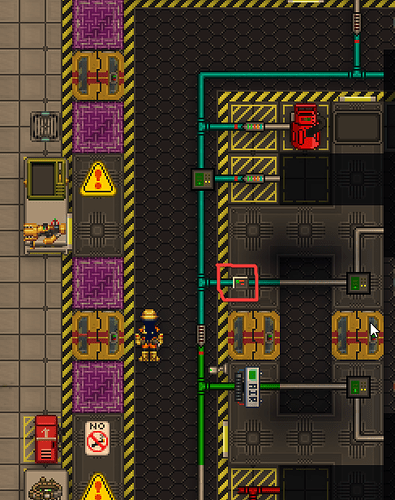 It’s now safe to turn on the emitters in the back. Just turn them all on unless you’re on delta. If you’re on delta you’ll have to reorganize the reflectors, but I’ll leave that to you. 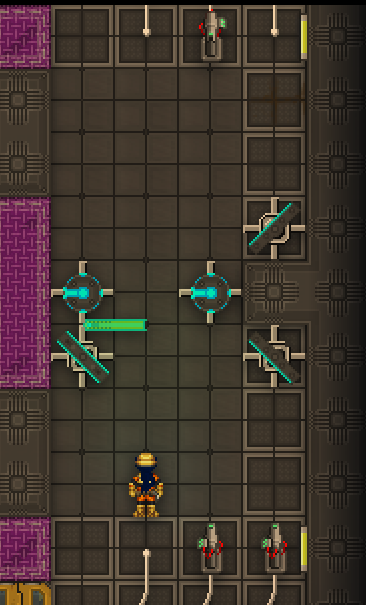 The crystal is now producing power and is (hopefully) not on fire. If it is call over an adult to help.

Next run over to the SMES 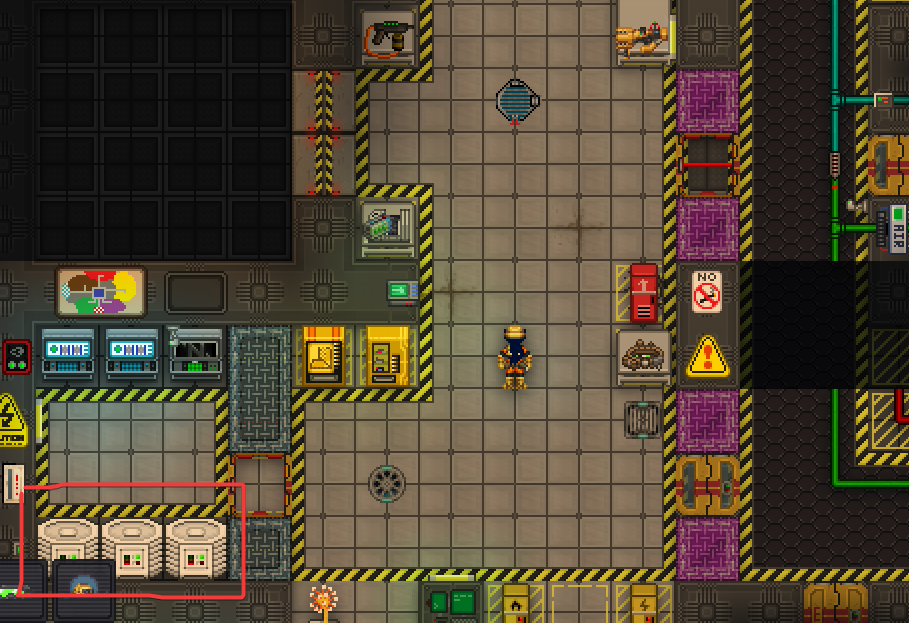 And set all of their settings to this: 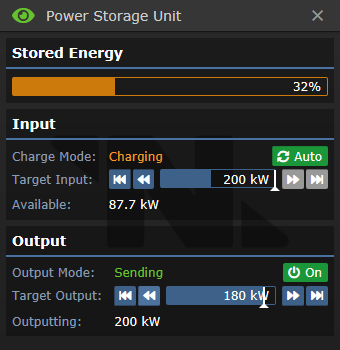 And that’s it! The SM is now running, is stable and is producing power while sending it to the grid and storing the excess power in the SMES. Now the only thing you have to worry about is mice chewing the wires in the maints.

Now the only thing you have to worry about is mice chewing the wires in the maints.

And this is why you should give the Janitor Insulated Gloves. They wander through maints constantly and it’s nice for them to just be able to fix all these little wire cuts while they’re hunting down all the mice anyways.

The coolant loop pump should be straight piped as well for redundancy.

Completely unnecessary on a basic bitch N2 setup, but if you wanna I guess. Tried to keep the steps required minimal.

The cooling loop bypass pump is always good to have straightpiped since it makes sure that a single meteor or a person with a wrench and spacesuit can’t instantly cripple the SM’s cooling, especially since most tots like to unwrench the pipes as far away from the windows as possible to make it less obvious that it’s sabotaged which leaves most of the heat pipes still connected and able to cool the gas

It gives redundancy when asteroids or other damages in space happens.