Let’s talk about our current med system. It was intended for more arcadey LRP gameplay which we used to have but don’t have anymore. You can go to medbay and slap on a bruise patch and suddenly the horrific amount of brute damage that should make you look like some tenderized meat suddenly vanishes into thin air. Or before you even make it to that bruise patch a doctor who is bored out of his mind will grab you and slap you into a sleeper for 0.3 seconds and pump you up with bicardine and throw you out the door with barely a word said (the words that are said being “stand still”). Now, this doesn’t look like a good RP situation now does it. I don’t blame you or the med doctor for this one. I blame… the system! Yes, I blame the system a controversial take I know. Our med system is just too fast for its own good and is so soooooo shallow. You’d think it would take effort to fix up what is in our real world a 3rd-degree burn victim but nope if he’s still alive some good ol’ ointment will fix him as soon as you apply it.

Now, what is my suggestion to fix this inept med system you may ask? It’s adding more depth. I know this is a shallow statement and I’m sure you’ve read it in hundreds of other “please give us a good med system” threads but bear with me. We should take ideas from other servers with more detailed med systems such as bay or even borrow a bit from the pit of hell known as TG. Now by med system I am not just referring to healing people I’m referring to damage itself. If I shot someone in the face irl their skull would probably be pierced and they would probably suffer brain damage if they somehow lived. But if I shoot someone in the head with our current med system they slow down but other than that they are as competent as they can be (at least until you shoot them a bit more then they will fall). With a more in-depth system shooting someone in the head would be a death sentence (if they have no armor or are not getting any medical treatment) and they would fall to the ground in pain. Now what happens now to our unlucky gunshot victim. On our current med system they would be taken to med and would have tend wounds surgery done to their body which after a boring wait will heal them. After the healing period they will be defibbed and then slapped into a sleeper and loaded with chems. Then they will be sent on their way as if nothing ever happened. On a more complex med system they would be taken to med. In med the bullet (if its still in their head) should be removed and their skull should be unfucked (assuming their brain isn’t totally fucked either). Then med will have to spend time on their patient and perhaps even RP with them if they are conscious. Even more mundane injuries could have RP. Broke your leg? Gotta talk to doc and get that thing fixed.

What I’m trying to say is that a more complex med system will lead to better RP but it wont just lead to that. It will lead to…

You may think all that I am recommending when it comes to a better med system is mostly vague and you are correct! I do not know everything nor do I know the perfect medical system so that is why I made this thread. I want to start discussion about this topic and get us a better med system. But med systems arent just gonna come from begging. Sometimes additional incentives are needed to get the code monkeys to code (especially to code something this big). What is this incentive you may say? It is MONEY!! Now I am not gonna open up a bounty for this as I am just making this thread to create discussion but I highly recommend one of you lads to make a bounty.

Anyways my rambling is done for now. If you see any errors in my judgment please point it out. Hopefully, something comes of this and this thread isn’t lost to time like the many other medical-related threads.

Edit: I forgot to mention armor. Armor should act as a major hinderance to injury. Enough said (vague I know).
A pain system would be very nice as well.

Code monkeys, I offer you this in exchange for good med 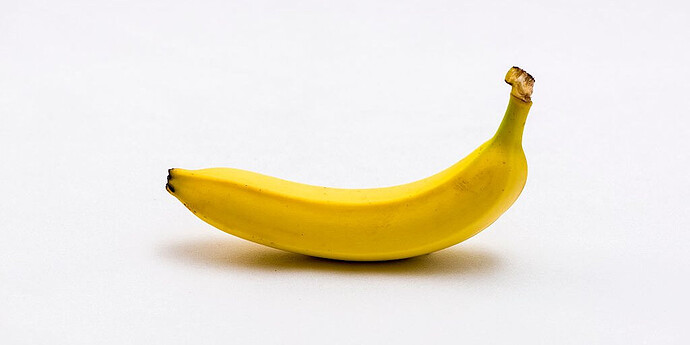 As a way to deal with lack of protection from bullets as assistants in rounds like revs and such makeshift armor would be a nice addition as well. 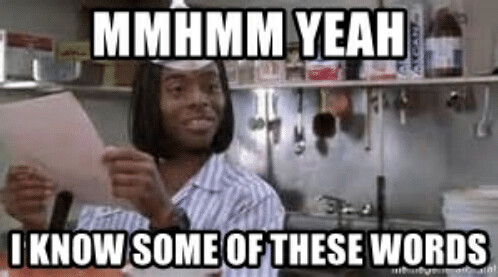 Unless the intent is to get players to suicide after their revival, the whole idea of lasting damage and permanent consequences ends up not just annoying but also counterintuitive to the whole idea of making revival harder. From your own post, it’s also punishing the victim.

I recall reading a similar idea once that locked normal gameplay post-revival behind chems you’d have to take forever.

Would you prefer people just walking around like its a regular Tuesday after recovering from a gunshot wound to the head. Believe it or not but dying is a part of the game. You can recover from it but it should have drawbacks (bigger drawbacks for how much damaged they incurred). Most of my examples for drawbacks are just ideas and are for the most serious of injuries. If you died recently and arent too fucked up revival should take a bit but wont leave you with anything permanent.

As I said at the bottom of my original post this thread is for ideas. The things im reccomending dont have to be followed.

Believe it or not but dying is a part of the game.

Ah yes. It’s this statement. The one people cite to justify their shitty decisions and bad balance ideas. The one that conflicts with anything but HRP. The one that turns players into validhunters and powergamers. My favorite.

Ah yes, it’s this other statement. Realism in ss13. Beautiful. Excuse me while I go fight a dragon.

Welcome to Fraud’s guide to finding shitposts on ss13 forums.

If a person is using expected death and realism as a point for their ideas, they are shitposting

Hmm yes thats my entire argument right there. Thats 100% what i want totally. Just ignore my entire post and focus on one bit. Of course this isnt a problem you read my entire post including the part about these only being ideas. Right?!!

I am just making this thread to create discussion

I think the idea is it wouldn’t be permentant, rather there would be a “recovery time” for things like brain damage. The idea of being forced to use crutches which take up your hand slots while walking and decrease your speed for the next 10-20 minutes while the slow acting “neurofix” chem is repairing your brain.

To get around cloning bypassing, cloning sickness or “neural adaption” could be included, basically the same 10-20 minutes of weakness.

Again, the idea isn’t to permenantly fuck up your round. Everything should be fixable with the right research/surgery/time but it shouldn’t be trivial.

You know what HoS said to me? He said something along these lines “I will be revived and you won’t”. That interaction stuck with me.

The idea would be to fix that by, yes, this would be true, but the HoS would be fucked up for the next while so would be combat ineffective for a fair bit of the round.

Security shouldn’t be getting majorly fucked up from taking a few bullets while wearing armour, but full on being reduced to a head without even your original body shouldn’t just be a 3 minute round in the cloner.

You do realize what “you lost me at x” means, yes?

I’ve literally told you that I stopped reading after reaching a point in your post (as specified above) that demotivated me from doing so.

If you’ve rectified it below, you have my condolences.

Then why argue against an idea you haven’t fully read?

I’ve literally told you that I stopped reading after reaching a point in your post (as specified above) that demotivated me from doing so.

Then uhhh what are you contributing to this discussion if you haven’t read everything?

Smh xeapor you beat me to it

I called out a specific part that was shit. This does not equate to calling the entire thing shit, which I did not do.

To act as if I have, or was intending to, is strawmanning. It would be the same as if you said I was attacking teoman (who is one of my favorite posters here) by daring to be rude.

It’s simple. I read. I reached the part that made me sick of reading. I called the part shit. Even if what is below it was incredibly cool, the fact that I was so off-put by what I’ve read previously warrants criticism.

Is it rude? Yeah.

Is it trolling or actually offensive? I don’t think so. Though you do have my apologies if it offended you.

Alrighty then. Im not sure why i was so upset in my responses considering i did ask for criticism

Anyways my rambling is done for now. If you see any errors in my judgment please point it out.

What is this incentive you may say? It is MONEY!!

Yeah no joke if you want coders to do something throw money at it.

Dead thread xD. I summon the power invested in me to revive this thread. Uhhh open sesame!!!

I said a few times the first thing I will do while I’m bedridden from surgery is finishing my draft for med changes. Bacon also has a separate plan in the works I’ll be slapping it up against before either opening it to general criticism or just adopting his.

Regardless of what gets used for what aspects, I also pledged $300 toward code bounties for it after some plan or another is approved. I do not have this much available yet, but once the draft is broken into chunks of code that need to be done it’ll trickle into those.

I can’t guarantee which of my other ideas (ashwalker and megafauna improvements, Power economy, tool and item economy, general cash economy and cargo relevance) have my commitment to see through to completion, but I feel very strongly about seeing medical improvements, and making sure someone else is motivated to code what I cannot.

Wallshove discussion is on fire (in a mostly good way) at the moment, so it’s going to the side while this is planned.

I also pledged $300 toward code bounties