Why is Kate gon

Since there is no usmmarized answer to why is Kate Bishop forum and discord banned, could anyone summarize it for me? thank you.

nvm found it. overescalation? doesnt sound like reason to perma someone from forums with out any means of appealing and discord. why dont you ban xDyou for example? he told me to go kill my self in DM’s. Focus on the real problems, not problems that are fucking stretched. As some people stated before, the server is driven by the community backlash, you dont care until a lots of people care. this is horrible.

Where is any underlaying proof of the “overescalation” incidents? you could’ve reach in to your admin ass and pull it out just to ban him and call it a day because searching for all these would be too much work.

If someone is going to be banned, it would be really nice and professional of you to list all the bans so we can see why he was permad from discord, and forums and possibly the game. just saying there were incidents still doesnt do it for me. i mean, cross perma is a big deal and you should treat is as such no?

it’s called getting a brain, stoopid

Basically, admins overcompensating for actions that they did not take when the time was right, and failing to reach a compromise.

sounds like bad admining to me, so in order for them to not look dumb they straight up perma’d him to “iron” their mistakes?
sounds like big ol’ pile of bullshit,

Admin misunderstanding the warning and instructions on what to do if she messes up again.

Kate got a final warning recently, was warned that she’s quickly approaching the point of a permanent ban and requiring a vouch to return. She’s got record levels of notes and bans both.

There were two major issues with the ban when it finally came down:

The total community removal was the instructions being misconstrued as “don’t even let her appeal”, but in any case I’ve set this straight and she’s no longer forum/discord banned and she’s going to be able to appeal the ban.

At the end of the day she’s probably still getting a long ban before that final warning chance comes up though.

Not sure why she got multiple 1-3 day bans when she could have gotten a single month long ban.

so the ban is potencialy in months

immediate permaban kind of ignored the notion that her bans weren’t really gradually increasing in length. it ~seemed~ like aeder1 was being reactionary, even though I guess he could’ve gotten away with it? reminds me that Ruko’s a good admin… even though REDACTED

Say goodbye to Kate Bishop. She has recently been permabanned by @Aeder1, a god among men. 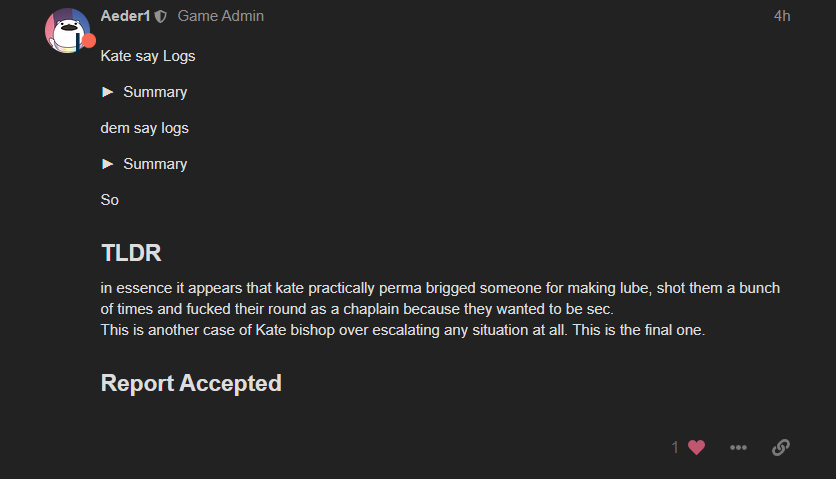 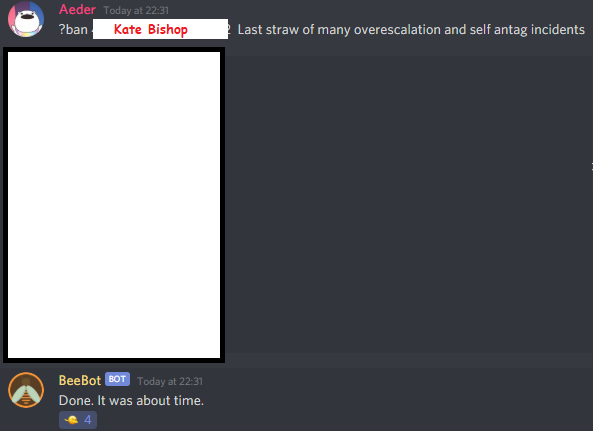 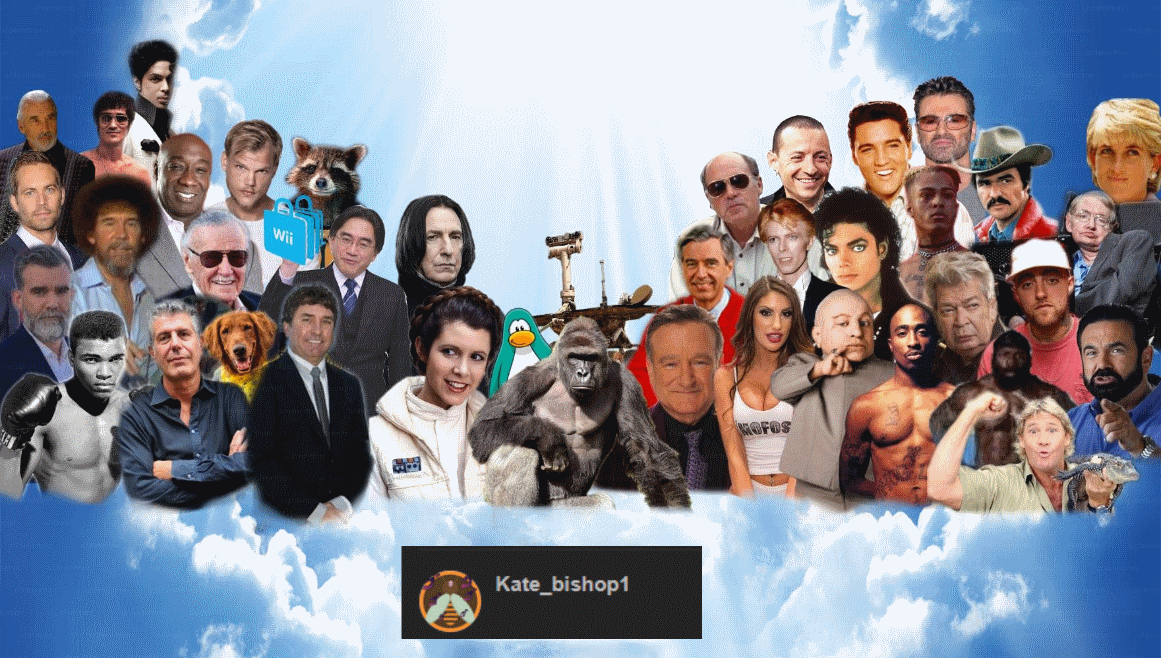 Thank you all. Please leave your remarks in the reply section.

to add on (bc i’m confused) i don’t understand what it is about Kate that made a fair number of admins disregard escalating ban lengths. what i mean by that is that i don’t think she was riding on by ban after ban because she’s a pragmatic and thorough person. NO OFFENSE KATE THO KATE

lemme add on to say that, when something illogical and largely ignored happens it TYPICALLY DOES NOT SUGGEST ANYTHING GOOD (IMO)

what did zoey do doe?