What do with curator?

It is quite sad how rarely people actually play curator, even on highpop rounds. In the rare case anyone does it’s usually just to powergame the heroic beacon and then leave the library to go screw around the hallways, never to be seen again.
The thing about curators is that they have almost no gameplay mechanical purpose, because they’re expected to be some sort of RP focused job. But they have barely any RP incentives! No one ever goes to the library to pick up a book, especially when it’s far away from the center (looking at you, pubby and fland). I have never once in my life seen anyone even mention the display cases, and only very rarely seen curators use their newscasters regularly (which no one really reads anyways).
The job is about as wild and exciting as going to a real life library. Because of these integral flaws of the role, there are only two ways I can see a positive future for curators.

1 - Heavily rework curators. This rework should mostly focus on providing the curator with more gameplay reasons to exist, and thus more chances to interact with the crew and RP as a result. For example, explos should be dependant on curators in some sort of way, maybe by making him examine the items they brought and estimate their value/purpose. Display cases (btw are they unopenable for anyone else? might be a bug or im just stupid idk) should have slightly more valuable items inside, making them interesting for antagonists. Newscasters should somehow be more visible to players and not just rely on those actively seeking them out. All these features would improve the current state of the role.

2 - Remove curators. This may seem like a drastic proposal, but the truth is that a lot of jobs done by curator could be done just as well by chaplain. They even have directly bordering departments on almost all maps. The library would be smaller and become an integrated part of the chapel, and it would make chaplain’s job more interesting in any non-cult round. It would make sense RPwise to have something like this too. Same goes for the language capabilities (maybe not the toy vendor, considering the rather… unholy CAS cards inside.) It would be a very valid option in my opinion.

Display cases (btw are they unopenable for anyone else?

Yeah they’re not openable. Can only put stuff in.

Anyways they suck because they’re an RP role on a server where people don’t RP a whole lot.

It’s easy to blame the playerbase for about any problem on the server. And of course it’s responsible for a lot of problems beestation is having, but it’s always dependant on the code.

they’re an RP role on a server where people don’t RP a whole lot.

Even on HRP servers that do have curators, they never do a whole lot. The role doesn’t have an objective, it doesn’t have a purpose.

The only thing they can do is print books (which no one really reads) or write books (which hardly anyone does).

They can also speak all languages, but really it doesn’t make a difference 99% of rounds.

For example, explos should be dependant on curators in some sort of way, maybe by making him examine the items they brought and estimate their value/purpose.

This isn’t a bad idea, but it would limit explos if there isn’t a curator that round, that has to be taken into account.

Display cases (btw are they unopenable for anyone else? might be a bug or im just stupid idk) should have slightly more valuable items inside, making them interesting for antagonists

The issue with it, is that curator would become purely a powergaming role, basically an assistant that gets stronger starting equipment (which it already is, they get the whip and the shitty sword).

Newscasters should somehow be more visible to players and not just rely on those actively seeking them out.

I PERSONALLY think this would be the better solution. Having them become a news reporter / forum writer sounds great.

(PS: i would love if PDAs and tablets were meged into a single item that would get access to the news)

You could also have them announce stuff on its own radio channel, maybe add a radio station they can host (like in goon)? where only they can speak, but everyone can hear?

I think Curator and Chaplain should be removed, they’re powergaming roles and being unique roles from the service department doesn’t excuse that LOL

Newscasters should somehow be more visible to players and not just rely on those actively seeking them out. All these features would improve the current state of the role.

This seems like a good point to continue shilling that I’d like to remove station bounced radios and the common radio from headsets so that crew communication and information sharing outside of your department is more limited.

Communication outside of your department radio channel becomes restricted to:

And as an added bonus, antagonists are no longer borderline required to find ways to instantly incapacitate opponents in order to not risk “HELP (ANTAG TYPE) (LOCATION)!!” and infosec handles less like what is effectively an open chatroom with a constant stream of information that results in many people even just ignoring comms. 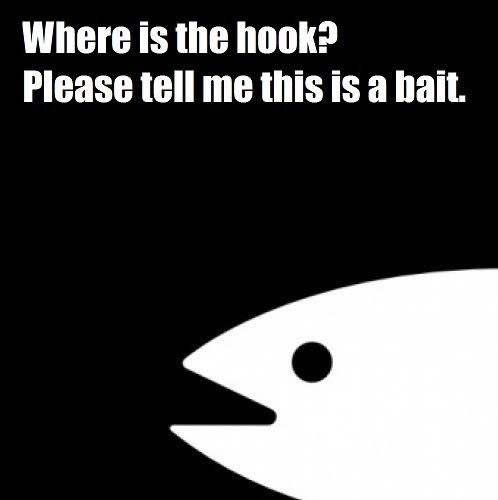 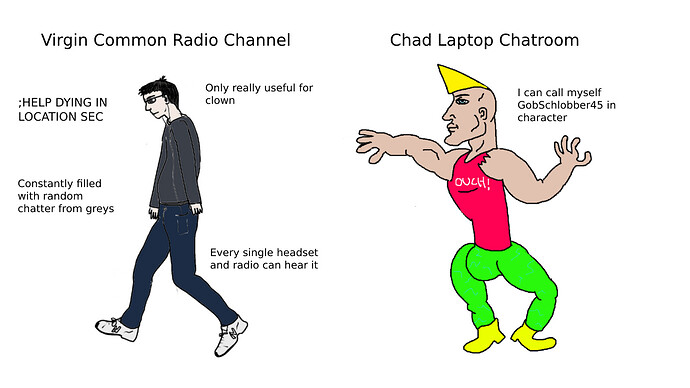 God i wish laptops/communication (civilian?) consoles had more use. I always want to try a traitor gimmick using the mock IRC.

I think that porting Modular Tablets: Converting PDAs to the NtOS System by magatsuchi · Pull Request #65755 · tgstation/tgstation · GitHub could help by making newscaster, as well as IRC a lot more accessible.

I added spam feature to curator’s cartridge though at the recent update.