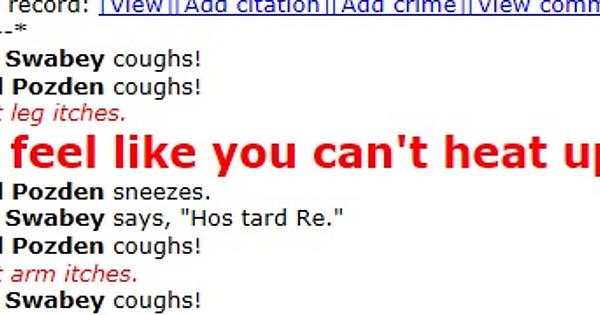 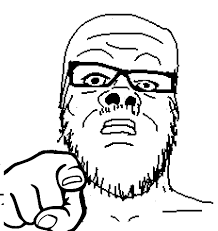 yes admin thats the man … he said the R word
BAN HE!

Its a catgirl so its ok

no the point of the post is to show how they pick and choose rules to enforce for filter bypass for example. The point of rules is clear defining boundaries. There are countless people that get banned for “hahaha the F word!!!” but then they put filters on different words and choose which one’s are “bwoinkable”

lmao dude this server staff is full of hypocrites, literally banning the n word and even li99er at 1 point because muh social justice. Like I said I don’t even care that the cat bitch said it, the reason for the post was for the cherrypicking of rules the staff like’s to do about shit.

did you even read what I said

this is clearly what they meant;

the head of security is late, reeee

lol flagging for me posting a definition of the f word, the absolute state of internet social justice warriors, can’t even have a normal conversation on double standard and inconsistency with rules

yes admin thats the man … he said the R word
BAN HE!

jokes on u i got banned for r word

just a daily reminder the staff here banned certain words like calling lizards lig***ers in the name of social justice and black lives matter. lol nice communicating with memes though like a antisocial autist

yes bro they banned those words because of social justice and black lives matter, theres no other reason that got swept under the rug like discord becoming the gestapo and forcing servers to conform to their standards, or literally anything else. if it was really a social justice thing more words than just the nword would be banned/bwoinkable ingame

you have the brainpower of a dementia ridden cancer patient, its actually pretty sad, go take your pills old man

how about you stop with admins as a group and look at admins individually. if you played here for some time you will realise that admins i guess never talk to each other at all and have completely different interpretations and reasons to enforce rules. atleast off the top of my head i cant remember cererbal pushing shit. and if he was against social justice shit what the fuck is he supposed to do against headmins

lol you’re autistic, like I said I don’t care about the word itself. The point is they aren’t clear about what words they enforce for filter bypass. If you’re going to make rules then make it clear on what is against the rules to say or bypass so we can all avoid a week ban for accidently triggering the wrong admin

they also banned at one point lier, currently have qur and f**got filtered too and bwoinkable. So where is the line drawn for what words

Having actually looked at the album, this should have been an admin report @Foojile79.

It’s going to be processed like one internally since it isn’t.

I’m not even mad at cerebral, he’s doing what he’s doing. I don’t like the inconsistency in rules and enforcement. If you guys make rules that suck or start banning every single “offensive” word for an space rp game it get’s ridiculous. There needs to be clear defining boundaries on what you are allowing or not allowing instead of picking and choosing enforcement

If the word is filtered, don’t bypass the filter to say it anyway - seems fairly simple. If you aren’t sure if a word is filtered or not, you find out pretty quickly when your message is blocked in the game.

If you then take it upon yourself to find a way to say it anyway, it’s filter bypass. Cerebral is in the wrong here for choosing not to enforce against filter bypass.