hey erry body.
I have come to post Voxel models once again. 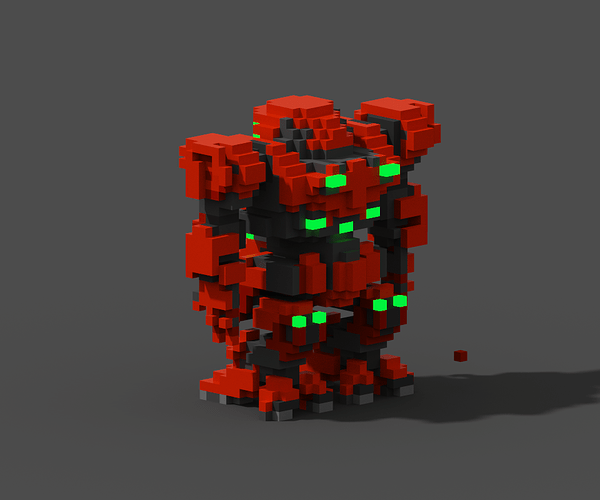 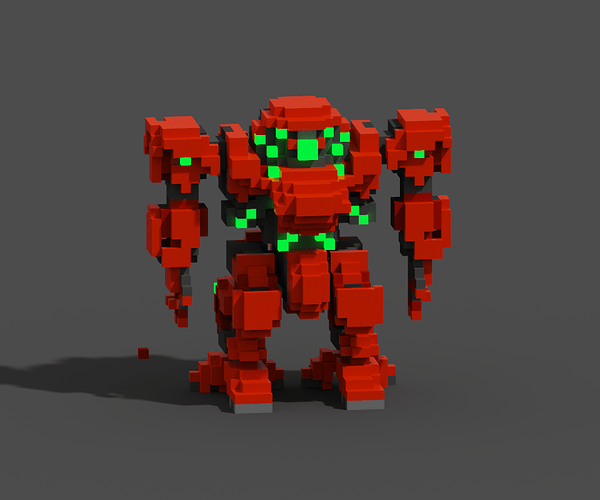 “A fairly recent design that is only half a decade old and some would argue, not entirely matured, The Gygax is an new generation of NT mechs made with lessons learned from the first NT designed combat mech, the Durand, along side the older mechs in service with NT.
The Gygax uses primarily mundane materials in it’s design to facilitate it’s production in less adeptly staffed stations and has greater mobility than the Durand as a per a different approach to increasing survivability. The Gygax is light, Advanced, Cheap and all of that while still looking good.”

“So I’ll say this about our “New assault unit” it’s as god damn fragile as Ripley’s waist gimble, AND it doesn’t even have that temperamental thing!
Sure a non-articulated torso saves cash on Construction, maintenance and repair and lets it open up from the belly all fancy like, BUT by god I’d trade it all for some souped up Ripley anyways!
They say they learned alot after the design of the Durand, but all they learned was how to make a chasis that “modularly” attaches a tissue paper’s worth of over engineered armor!
Anyhow I’m buying a round of beer after we’ve monotonously detached and inspected every half measure of plating that thing has, See you soon.” 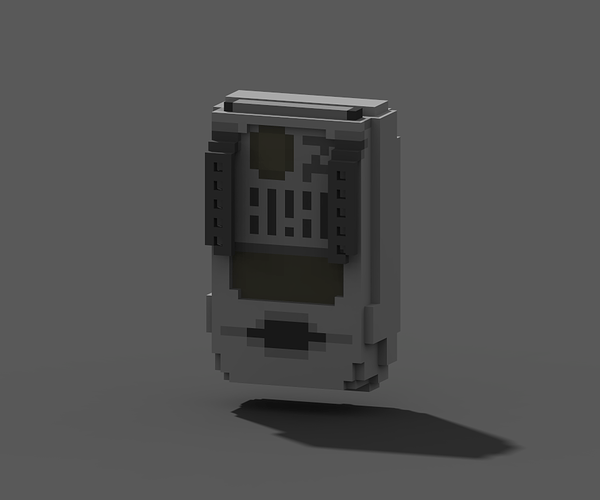 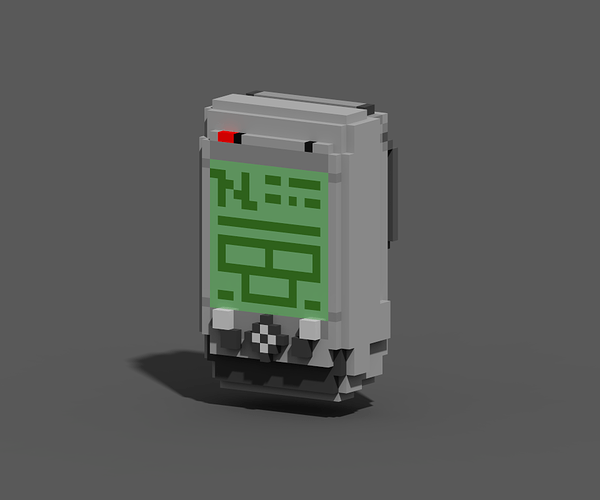 While that may sound humble features wise, given the space age we live in, we can guarantee this PDA’s full functionally will outlive your service aboard the station, in the event it does not, you are entitled to free replacement or to provide personal alternative.

Thats what I’ve got for today, maybe I’ll be able to hammer out some more interesting stuff soon.

NT INTERNAL MEMO ; RE K.L. WORK STATUS.
Given a recent “Vaction”, “provided” by the organization collectively known as “the Syndicate”, Kalavi Lumen’s Voxel model prerogatives may have been compromised, it is unknown what information/methods/sleeper programming may have been stolen/derived/implanted. any works produced, modified or otherwise should be confiscated/intercepted at the soonest available opportunity in any state of completion.
MEMO END. 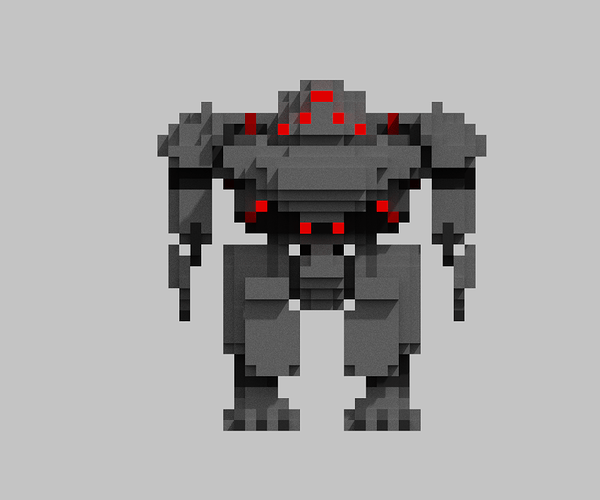 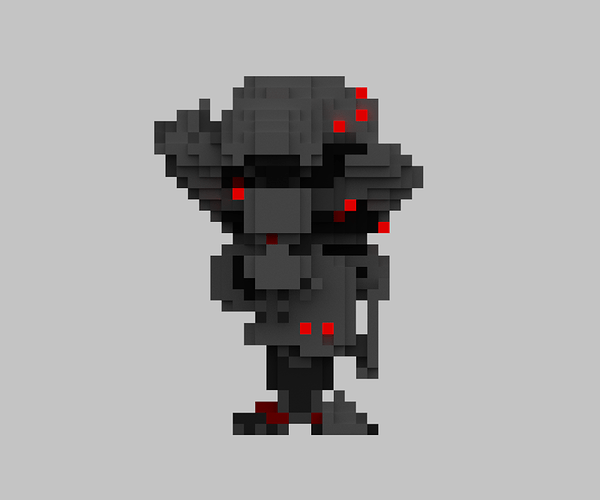 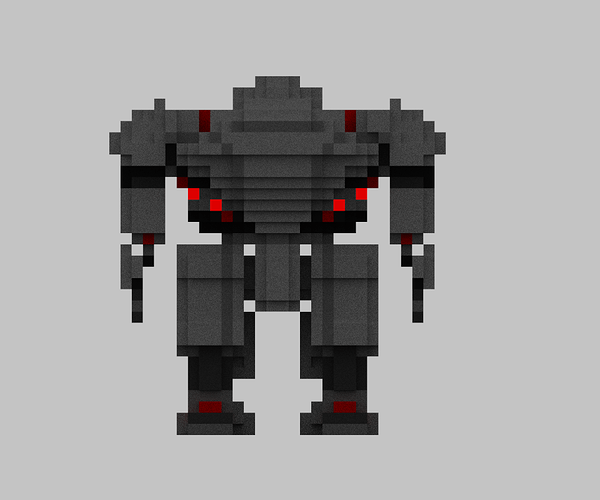 "Thanks to the efforts of Cybersun and Gorlex, though Project Shadowed Nemesis, NT’s work on a new generation of Combat Mechs has inadvertently provided the details and specifications needed to create a Modern, well rounded and cost effective Mech for use by our Assault teams.

With design changes made and necessitated by shortcomings in Stolen data and Salvaged instances, along side certain unsatisfactory characteristics inherent to the original design, the CEZTBET is more than a match for NT’s original design. Changes include but are not limited to:

With these improvements, we strongly believe the CEZTBET to be superior in every way the NT mech the design was derived from and are ready to deploy Units for assault purposes immediately upon request by teams. 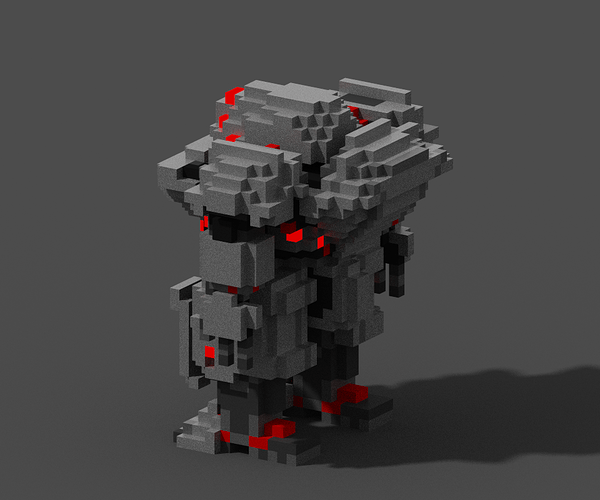 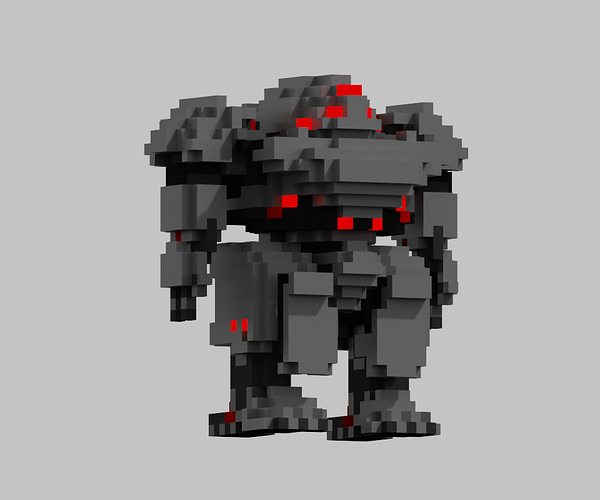 “After 3 months in active service, the CEZTBET is currently outperforming NT’s Gygax as thoroughly as projected, Regarding Long term use, Cybersun was Correct in that its 2 servos and electrolysis actuated hydraulic system, in the legs and feet respectively of the CEZTBET, would prove more durable and reliable, over the 6 servos in the 3 jointed leg and toes of the Gygax.
We have reason to believe that the design team of the Gygax, in spite of being partially composed of members of the Durand Design team, were not the key contributors to it’s design.
Thanks to the various self-destruct and asset denial systems of the CEZTBET, NT has also not learned of the name of the mech, instead opting to Identify the unit as “DARK GYGAX” due to the stolen design aspects of the CEZTBET.”

You’re unironically one of my favorite people to see on the forums currently, these are so cool to see every time

I have recently discovered that opening images in new tabs on NG, then using the resulting image url allows for the posting of images as if it were on Imgur or gfycat.