Incident Description: As non-antags a pair of scientists working xenobiology decrewed at least two people using warped runes they were placing (myself included) and tried to yoink people off the evac shuttle using chilling bluespace extract.

This is likely with the intention to grief. As a scientist I entered xenobiology to ask a question. Kaden then bapped me with chilling bluespace extract which doesn’t show in chat log. You can see it put back into his bag and my reaction.

A different xenobiologist then ran to the door once I was inside and placed a warped rune in front of the airlock. When I stepped on it to leave it altered my identity effectively removing me from manifest. 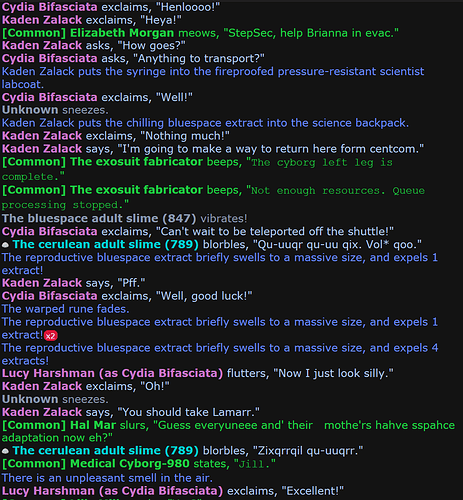 Then the xenobiologist activated the mass-teleportation feature of using chilling bluespace extract on someone. This was done shortly after the shuttle departed and long before it would have arrived. 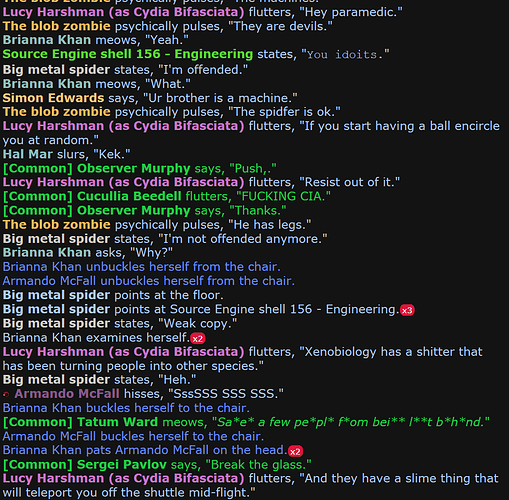 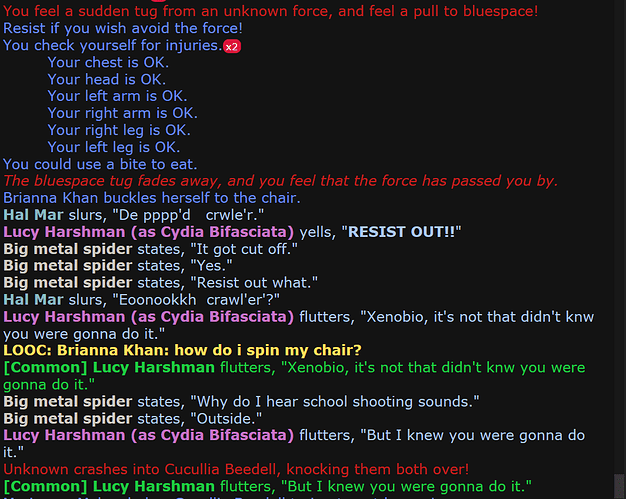 Additional Information: I was a scientist working on lavaland, so my interactions with them were limited until the last 15 minutes of the shift. They placed harmless warped runes in public halls of science that would only change your color. That washed off with a shower. I was surprised to find that some of these were instant mutation toxins. Resulted in at least one incidental death due to medbay not recognizing the person as a crewmember.

Did you get Mulliganed? That rune is fun but the grief potential is not fun for anyone on the receiving end.

As much as i would love to proccess this, there isnt enough information to conclude anything, sorry for the inconvience.