Incident Description: Haven’t interacted with that engineer earlier in the round, suddenly when i am chasing a monkey they start shoving me. I thought shoving me was unintentional and they wanted to shove the monkey so I ignore that. About a minute later when I already stopped chasing the monkey that engineer starts shooting at me with lethals from an energy gun, after that i throw a minibomb at them and go to medbay. Later i stumbled upon that engineer again, stunned and cuffed them, but I wanted to give them a chance because i assumed they were another traitor with an objective to kill me and i got them too easily so I just buckled them in dorms, welded the door and emagged it without taking anything away from them to keep them away from me for some time. On the shuttle later they tried to kill me again using a throwing star. In the roundend report the only antagonists were me and the QM, so the engineer is either validhunting, metagrudging or just griefing.

I ahelped the engineer during the round because, I kid you not, she asked on the engineering radio “AI is Reads valid”?
t. explorer who was your target.

But looks like it was resolved in-round, as she started asking in the post-game chat if that was okay for her to do. 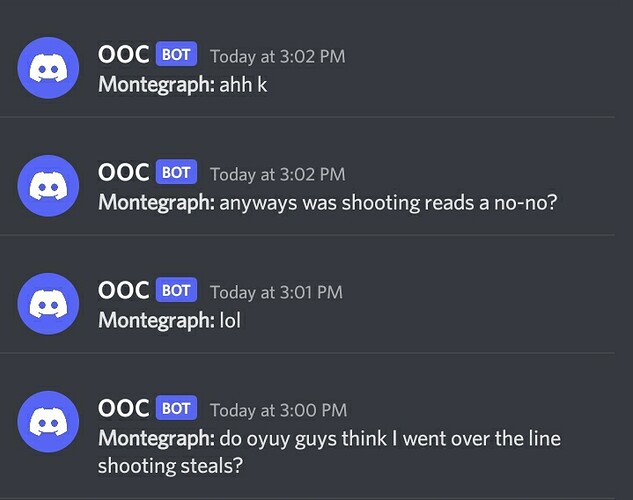 Yeah, i didn’t notice that. An admin told me to make a report

Judging by what they said in OOC, that’s probably a new player