Your Discord Name (Including any alts you have): windows xp#8403

How often are you online to play/admin? (Timezone): weekends I can do mostly all day, I am in PST (GMT-8) EDIT: on weekdays mostly around 3 PM to 9 PM

What changes, if any, would you bring?: I will attempt to prevent shit like round 9694 from happening again

Why do you want to be an admin?: MRP rounds have been looking alot like LRP due to people breaking MRP rules, such as this WONDERFUL example known as round 9694

How long have you been playing SS13?: little over a year

How long have you been playing BeeStation?: around 4 months

Have you ever been an admin on another server? This is not limited to SS13: I admined for a few discord servers, some game server I would rather leave unnamed, and I have screwed around with the admin panel on a local beecode ss13 on my own PC

Do you have any alternate accounts on SS13? If so, could you provide their CKEY?: no alts

Your strengths: I think I know how admins should kinda do their things

Your weaknesses: I will probably be adminning MRP only for the most part

Is there anything that gets you really mad, real fast?: Haven’t had anything piss me off quickly really

What do you think is the most important trait for a staff member to have?: Calmness when someone breaks the rules or is trying to piss you off

What makes a staff team good?: Enforcing the rules properly and having a good sense of judgement while still allowing fun

What is a staff team’s purpose?: To enforce the rules and make sure everyone is enjoying the game without hindering others fun

What kind of player are you?: I dont know if I really fit into a category of ss13 players

How do you think you will change once you become a staff member?: Unsure, but if I do like how when I adminned for another game, maybe actually act a bit more serious and get called names for banning rulebreakers, but thats probably how all admins are

The clown slips the HoS and steals his gun, spacing it right after. What do you do?: If the HoS was holding the gun out (which based on the way this is worded, he was) it would become a IC issue as I belive from council rulings that stealing something someone is not using but holding is considered an IC issue

A non-antagonist is sabotaging the Atmospherics loop and pumping plasma into the distro, along with dragging around a canister and releasing it into the atmosphere. Assuming that another admin is cleaning up the after-effects, how do you conduct the ahelp with him?: check notes for previous shittery, if none, 1 - 2 week server ban and probably a 3 - 4 week jobban from atmos/engie/CE, if they have notes about doing this alot, permaban

A chemist who is working alone accidentally mixes an explosive mixture inside of his chem dispenser, instantly killing himself and destroying the machine, along with exposing Chemistry to space. Nobody else was injured aside from him as a result of his actions. What do you do?: Point him to chemistry wiki and suggest stabilizing agent and to not trust peoples idea of mix water and potassium, maybe note saying that they are new to chemistry and may fuck up, other than that, no bwoink

that means alot coming from the professional antag remover, thanks, atleast to me

i didnt even fucking read the admin app, i made this meme and i want to proliferate it for no reason

but continue being a good cat grille

Your strengths: I think I know how admins should kinda do their things

Also you’ve been mentioning this round (9694) constantly.

Are you applying due to that single round, or are you actually willing/wanting to become an admin?

not just because that round, also by that I mean I know how the admins rules, or atleast read them and how I think you guys are supposed to handle tickets? I mean I obviously dont know 100% cause I am not a admin. and the reason I have been mentioning the round 9694 cause its the most recent example of people not following MRP rules, even mark said he was fucking disappointed in everyone

You’re talking about round 9694 as if it’s SCP-096, jesus christ, please tell me what happened in this round.

local IAA murderbones and another plasma floods, on a server where normal traitors cant murderbone without hijack objective, and IAA is literally nanotrasen traitors, that round was fucking cursed by people acting like its LRP

it’s because this is beestation, and people know that on beestation, antagonists can literally do whatever the fuck they want as long as it’s not ERP

As Ruediger mentioned, your strength seems vague. Is there anything else that sets you aside from the tide?

From my experience with them, they seem decent and able to behave normally, as well as the fact they know the MRP rules, unlike a lot of players on MRP. I’m going to leave a tentative +1, but that’s subject to change.

I see an irony.
A big big fat irony.

local IAA murderbones and another plasma floods, on a server where normal traitors cant murderbone without hijack objective, and IAA is literally nanotrasen traitors, that round was fucking cursed by people acting like its LRP 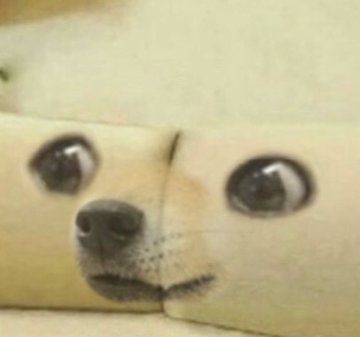 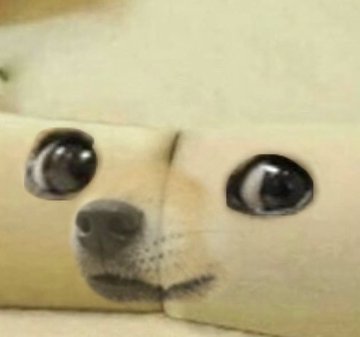 Again, just a bit of irony of how you are looking down at antags murderboning on MRP when you did it yourself and didn’t appeal it. And either you had antag status yet did it anyways, which proves it to be a very hypocritical reason for wanting to be an admin, or you did it as a non-antag, which is probably way worse.

I’m taking a stand against mrp only admins. WE REALLY NEED FUCKING LOW ROLE PLAY ADMINS. Not mrp, not fucking erping admins, LRP ADMINS. I’m going to -2 all mrp only admin apps from now on. We had 7 admins on mrp and 1 on lrp. This is not ok. And I urge others to please minus all mrp only applications.

Ironically some “MRP exclusive admins” spent a lot of time in LRP, and I saw it with my very own eyes.

Your weaknesses: I will probably be adminning MRP only for the most part

Currently we don’t have the luxury of server exclusive admins, so if you’re accepted you will be expected to admin on the LRP server too if need be.

.
I need the names of the 7 admins who were on MRP when there was 1 admeme on LRP for…research purpouses and not blackmail and spamming CBT in their DM’s with 5 seperate accounts

is this… Erp?
botnyman bad

The thing is I did appeal it, but mostly because it was for both LRP and MRP when it was supposed to be MRP only, and I recognize that I fucked up at that point. Also because my other antag plans didnt work. And uh after bastian fixed the ban the appeal kinda just got deleted or something