I don’t want to spam the actual small suggestions thread but none of these need a full thread so here goes:

Let the “sleep on beds and tables to regain small amounts of health” also work for certain, comfortable chairs as well because people sleep in chairs as well as beds.

Let ethereals scream, laugh, and generally make noise. Why can’t ethereals scream? Makes no sense. Breaks muh immershun when I get a patch and it says YOU SCREAM IN AGONY but literlaly no sound is made.

HUDglasses can be crafted with sunglasses, the respective HUD, and 5 units of cable, using a screwdriver and wirecutters. They can be reverted to sunglasses with the same tools, but the HUD isn’t refunded. Getting captains to have color-coordinated glasses would be nice, but they’ll probably just grab Secglasses regardless.

make medhuds, stay in sec, get medhud implant as soon as possible. nearsighted start with implant .

Dunno if you could I haven’t tried
But is it possible to mix the 2 HUD’s?
Like when you get encryption key for headset?

Not possible, the crafting recipes are hardcoded and only base sunglasses can be modified.

You can combine science glasses and sunglasses to make Beer Goggles, though.

I’ve done some testing of stuff on a local version of it, can confirm these items exist and its literally just that. Perhaps add these to the brig phys area.

The med-sec hud is different to the med-sec hud SUNGLASSES that the brig phys gets on spawn. But yeah, the cap should get one of the two

As a semi-serious suggestion, cigarettes should stack in the mouth slot: 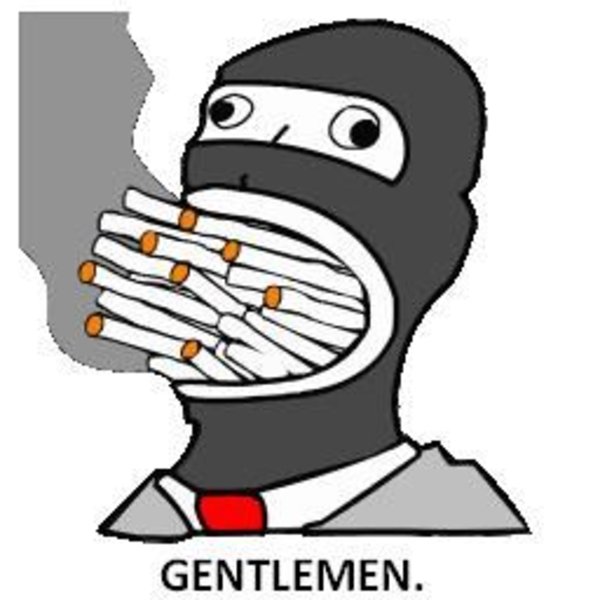 Janiborgs need a welder to fix squares that are too damaged to put tiles on.

Brig Physician has med HUDsunglasses, med-sec HUDsunglasses don’t exist. Just get a med or sec implant when the tech is available.

Med-sec hud exists but they are admin spawned only, unless there is some weird away missions or somewhere unique like that you can get them.

You were claiming something different from what Kasual proposed, just pointing out to you that it doesn’t exist.

Janiborgs need a welder to fix squares that are too damaged to put tiles on.

Okay so I had more ideas

Chap should be able to recall his null-rod to his hand.

Why it’s good: Other than his null-rod, chap is just a memey-er curator. They both have an armor/outfit uplink, they both have a specific antag they deal with, they both run around the station not really doing their jobs (the job part anyway) and instead opting to robust/explore, and if there are no admins on to answer prayers there’s nothing really “supernatural” about the chap, other than his healy book. Chap losing his null rod, since there’s only one, is a big deal, so letting him recall it from anywhere would be extremely useful, and make the atheist hat (you throw it and it cuts people with your edge for 30 damage) becomes viable again, since people can’t just steal it or run off with it stuck in their legs or something.

Idk, just when there’s magicians running around with better and more “magical” powers it doesn’t make sense for the chap to ONLY be able to heal people via bible.

Why it’s good: Milk is a tasty part of any meal and the crew needs tasty millk so that they will have stronger bones to fight the syndicate with
idk I just like milk

Dentistry. If someone throws a fucking toolbox at your face it will probably wreck your teeth a little. Why are people able to talk perfectly well after being hit in the face with an oxygen tank 5-6 times? Need a teeth fixing surgery and a teeth replacement surgery. Also probably something can be done with teeth, like making a tooth necklace or some sort of calcium fortified milk idk. I mean imagine that along with the other organs, the chef starts serving deep fried TEETH. Crunch Munch! Also you could probably make it so that eating sugar has a low chance to rot your teeth out or something. It’d be interesting, that’s for sure.

Your bones idea is TG tier