The final and ultimate xenomorph thread

I know what you’re talking about I watched it all as a scientist. A mime was farting on people and followed me into science, then into xeno and jumped into the pen, and disappeared or admin jailed. 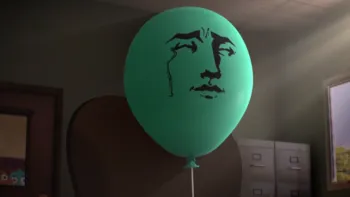 That is good to hear.

I’ll agree that the threat level needs to be tweaked, I don’t think that their gameplay itself needs to be changed, its fine as it is

way too many methods to spawn them in general:

He still hasn’t been banned??

He still hasn’t been banned??

## About The Pull Request This adds a blacklist to punpun's hat/mask saving… and loading functionality to prevent certain items from being placed onto him. This blacklist currently just includes living facehuggers (for obvious reasons) and chameleon gear (because of voice changers), but I can add more things to it if anyone has suggestions. ## Why It's Good For The Game <!-- Please add a short description of why you think these changes would benefit the game. If you can't justify it in words, it might not be worth adding. --> No fun allowed. ## Testing Photographs and Procedure <details> <summary>Screenshots&Videos</summary> ![image](https://user-images.githubusercontent.com/9423435/190536279-67e68279-e8c7-4d24-bcf4-67400e04f676.png) ![image](https://user-images.githubusercontent.com/9423435/190536290-859b150d-029a-4889-a754-24507d6bd27e.png) Punpun has a saved facehugger, but it doesn't load. </details> ## Changelog :cl: tweak: Blacklists certain items from Pun-Pun's mask/hat saving functionality (notably facehuggers and chameleon clothing) /:cl:

midround , off station enemies, and 2% chance is “way too many”?
seems like the normal amount
xenos are fine

Yeah I thought that was false at first, but it is indeed correct.
Never seen it happen either. 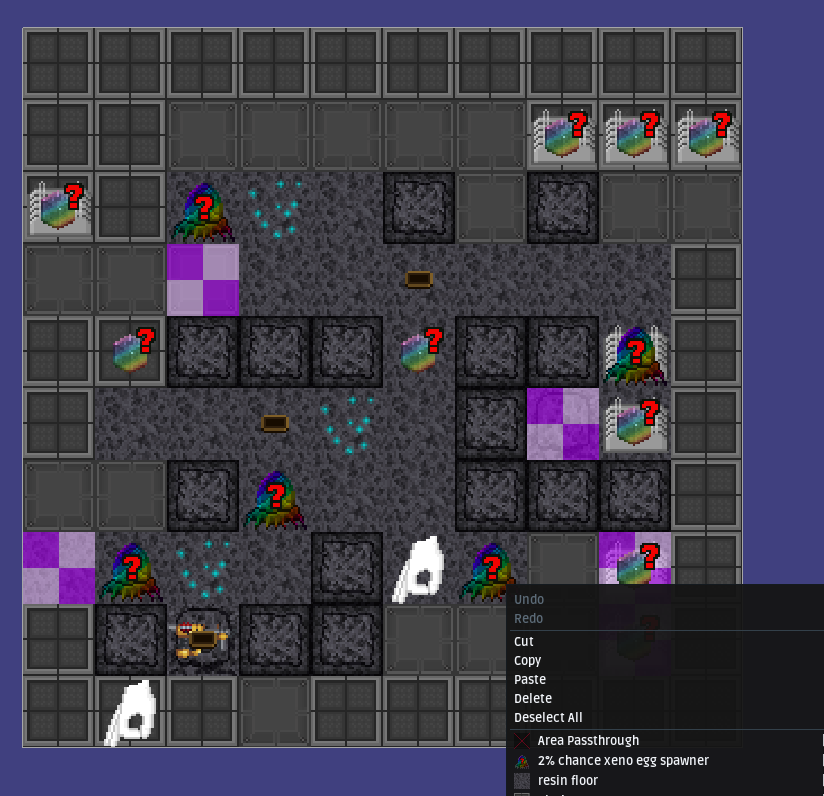 I saw that room once, but I don’t think it comes with any live facehuggers. When I stumbled upon it, there were only a few alien hunters, a dead guy, and a flamethrower.

There are a number of spots within that room containing the same 2% chance xeno egg spawner that is found in xenobio. You can see that in the above screenshot.

Nice I didn’t see that.

Forgot to mention here but I did PR to lower the weight of midround xenos earlier this week. Should be less common now.

This topic was automatically closed 2 days after the last reply. New replies are no longer allowed.