The current state of the Admins on the forum [serious] 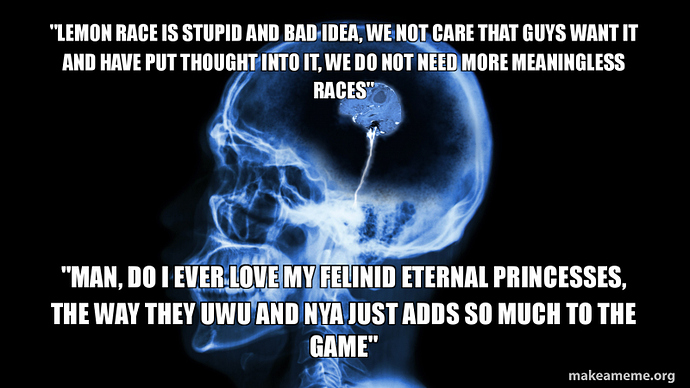 please dont ban me its just a joke, also shout out to makeameme.org

Good meme, and to be fair there was an attempt to remove felinids that failed

it failed because the jannies love their furry girlfriends.

It was so long ago I don’t remember who was pushing for it, but I swear it was a change Ike wanted and it only failed because downvotes?

It was on the same day the filter was added. They merged it and then reverted it like 2 hours later.

we need to hold a new vote

Zesko brought it up and it failed the community vote.

You can’t remove felind anymore. It is too late and felind is now a massive meme