So there was this chat yesterday on Discord about how Bee’s lore is currently a mess, and one of the funny pink guys said the lore channel was recently wiped, so the lore right now is just common core. Also apparently you need to send a DM to Crossed with your Sonic OC to be let into the channel??

Anyway, what I’m trying to say is that this is confusing and opaque, so maybe we could structure this somehow? Like add directions to people who want to see/ create the server’s lore, probably leave the official articles public so the simpletons people who aren’t interested in contributing can at least see it, otherwise it’s a kinda moot point

Also common core is kinda lame and mid, fight me

Also apparently you need to send a DM to Crossed with your Sonic OC to be let into the channel??

so maybe we could structure this somehow?

people have tried to and failed, considering that our current lore in no real way affects gameplay you’d have to start from the beginning if you want to write anything good, which you’ll most likely want some other people to help with

Also common core is kinda lame and mid, fight me

i dont think anyone’s arguing to the contrary

It’s mostly due to the lack of any interest for lore, here/from staff, it seems. The lore channel was always tucked away and Crossed has always been satisfied with just common core, from what I’ve seen.

Would love to work on lore.
Can anyone direct us on how to proceed?

The current problem with lore is that it requires too much work to be done by just one person.
And that there is noone to “guide” the lore and lore direction if others wanted to join in.
It would also need a plan on what needs rewriting in what order.

What happens on the station is the lore of the station. Every single round you expand the lore.

Lore written by a committee is going to be horrible

ight let the national election for head of lore begin

ayo
i am not even in the lore channel because crossed hasn’t gotten back to me, but i volunteer.

My vote will go for Sparky any day

No we need a coup and a benevolent dictator for life

I should be the head of lore 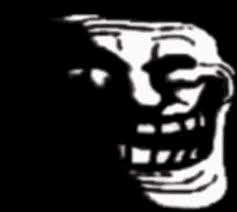