Mind you this thread was made late and under heavy influence, but the idea was around in my head for a while so it’s totally not rambling

So most players I’ve talked to refer to newer SOP and Space Law as quoting “hugbox for antags”, with a lot of players completely disregarding the SOP unless they’re heads or sec roles which get more admin attention.
It came to my attention that Space Law really fails at feeling like Law in the first place - you can get your head chopped off for stealing a bunch of papers but get away with a timed sentence for killing a bunch of people so long as you don’t try to prevent revivals.

The idea is to throw SOP out of the window and separate exiting law into:

Second important point is that law regarding trials and lawyer representation can be completely legally ignored by security which isn’t very roleplay-y as one could say, maybe push for at least required review of a case with lawyer’s representation when perma/execution is getting dished out.

Third, revise if some of the crimes shouldn’t be added - we lack kidnapping as a crime for example. Add fines attached to higher crimes, damages costs to victims, what if the person can’t pay the fine.

Hmmmmmm, yessss, one could also make it so that lawyers are instead of NT employees, but Solgov/Grand Nomad fleet lawyers stationed on behalf of said government.

that would make interesting RP stuff too because then, technically Lawyers would have a different contract than just one of employment, which could imply a BUNCH of cool RP things if they break their precious spess law or get overly nosey in NT internal affairs.

one reason i think spacelaw fails to feel like real law is that most of the time sec has the mindset only to care about le valid™️ unless its greenshift and sec is really bored but then they just cryo
minor crimes are ignored unless the crew yell about it really loudly.
it really makes the shift feel less like a real station and more like gmod murder

Its all about the place and severity of the crime, minor crimes get responded to if there are no severe ones being committed

i disagree… somewhat. all sec are diffrent after all

i see the current sec mindset being. snoop around and find the valid and an excuse to raise to blue… only careing about minor crimes if the crew is particulary vocal about how anoying said minor crimes are. some sec just cryo when there’s no valid on the loose.

I agree that Bee often feels like DarkRP in space which really is a bad condition as only RP in DarkRP is in the name
Fines almost never get paid unless security takes directly from the person’s ID
I’d bet that at least half of the playerbase didn’t bother to read the SOP and for a reason - it feels like a half-hearted attempt due to it not being enforced on the crew other than command and sec by admins, and then not enforced at all by IC security or heads

As for minor crimes being ignored, applying baton to a greyshirt you come across on wanted on your way to brig takes little time and effort

It’s not that bad. 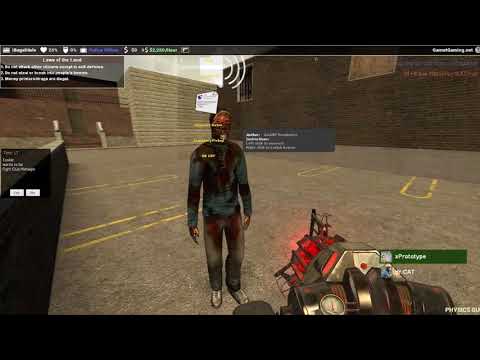 Although some people act scarily similar to this in tickets sometimes.

In all seriousness from what I’ve observed the main problem when it comes to security are the mindsets some people who frequently play security have. A lot of the security ‘mains’ are genuinely terrible about this, although plenty toe the line finely enough to take ages to remove.

Lemmie tell you it is actually a refreshing mix of refreshing, amusing and infuriating to throw a mime in jail 3 times over because of trespass and disorderly conduct with a side of repeat offender.

Except in cases of GROSS, RP RUINING MISCONDUCT that errs between Minorly annoying and legitimately shuttle calling where the SoP break was also griefing.

one could also make it so that lawyers are instead of NT employees, but Solgov/Grand Nomad fleet lawyers stationed on behalf of said government.

I tend to play lawyer with this mindset already. As an independent party that’s only interest in the law and regulations. The “you must be loyal to NT at all cost” gets a little harder when your client is pretty clearly a traitor.

I would be for an update to the space law and SOP, perhaps even just combine them together so there are less contradictions with each other and the server rules.

and we need to do it ASAP