I mean, the antag conduct rule on LRP says

“Traitors, Blood Brothers, and Changelings must complete half of their objectives before engaging in mass murder/destruction.”

but it doesn’t say that on the MRP rules. If you try to follow that you will get banned probably.

Likewise the Be Excellent rule on LRP says

There’s some things that are always followed, even if they aren’t in the rules. There’s no “be unrobust” rule on mrp and yet that’s followed at all times.

But erp was always allowed on mrp. That’s what all MRP servers are. ERP servers

It’s in both rulesets
Not sure if shitpost. 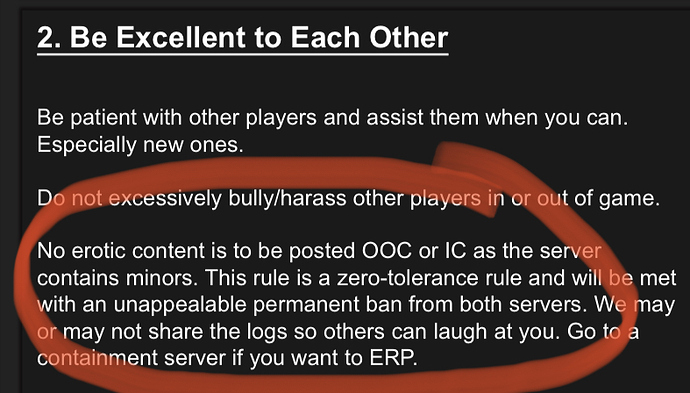 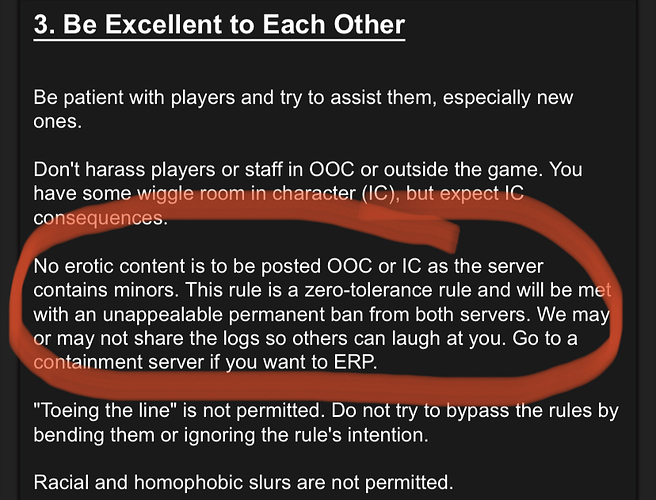 remember when antags where allowed to erp

nvm, I am blind as shit

There’s no “be unrobust” rule on mrp and yet that’s followed at all times.

someone get a burn patch, jesus fucking christ