So, i’ve been playing MRP lately, and having fun (and very long) rounds there. I thought it would be cool to start a thread, where we could share all our stories.

I’ll start with these two.

Protagonist of this story: Terra Tech Unit 47 (TK-47): An obedient silicon, designed to assist the crew. Designed by Terra Teknologies, TK-47 has been owned by many different organizations, both good ones, like medical ships, and cargo haulers, to less ethical ones, like gangs of pirates and slavers. Currently owned by nanotrasen, TK-47 strives to keep the station efficient, maintain order, and fulfill all tasks he is assigned.

Shift begins
Terra Tek Unit 47 reports to the AI.
Begins to wander the halls, while the CMO screams over the radio, asking if any one wants a lobotomy.
Eventually, TK-47 wanders over to medical, and overhears the CMO and a lizard roboticist talking about a health check up.
CMO brings the lizard to the surgery room, and puts him to sleep for surgery, and begins brain surgery.
By this point, TK-47 is sufficiently confused, since he had just heard them talking about giving the lizard a general check up.
TK-47 asks about this, and the CMO says that a brain surgery is apart of his checkup, and claims that TK-47 is not intelligent enough to understand these procedures.
(Non antag) CMO debrains lizard, mumbles “filthy ligger” and keeps the brain.
At this point, TK-47 leaves, and interrogates the second roboticist about the reason of his partner’s visit to medical.
Finding sufficient evidence of foul play on the part of the CMO, TK-47 reports him to the captain, while the roboticist alerts the RD.
The CMO at disabler point, and the captain demands the brain and body of the lizard roboticist.
After retrieving the brain, the RD researches revival surgery, and TK-47, the RD, and the human roboticist begin to revive the lizard, while the captain wanders off.
In the middle of this, the clown graytides his way into robotics, steals a mech, and trashes science.
After failing to subdue the clown, TK-47 return to the robotics lab.
TK-47 overhears that the roboticist who chased the clown died, and an e sword was found on his body, so he reports to the bar.
Finding the dead roboticist on a table in the bar, TK-47 proceeded to arrest the clown, who screamed that he was rogue the entire time.
Meanwhile, the corpse of the roboticist is brought to robotics, after finding several traitor items on his person.
TK-47 realizes there is no security guards, and tries to brig the clown himself. The clown refuses to stop screaming.
HoS finally arrives, and takes over from TK-47.
TK-47 returns to find that the lizard has finally be revived, and the traitor roboticist is being prepared for borging.
TK-47 swaps to a miner unit, and goes for an extended charging session before preparing to head to lavalnd (I went AFK).
He reactivates, and finds that his laws had been altered via emag by the lizard roboticist, who was also a traitor.
TK wanders around, searching for his new master.
Eventually, TK-47 come across the clown at departures, who proceeds to taunt TK.
Irritated at his earlier treatment by the clown, TK-47 prepares to attack as the clown draws the E sword he stole from the traitor roboticist.
TK-47 wins the fight with some difficult, and bashes the head of the clown in with a shovel.
A security borg arrives, and TK-47 tries to play off his murder (later events show this was not necessary).
The security borg confiscates the e sword, and gives it to science for research purposes.
TK-47 drags the clown to medical, before doubling back through maintenance to departures and shoving him into a locker, before proceeding to space him.
TK then returns to robotics to find the lizard who emagged TK-47, and reports for duty.
Additionally, TK-47 had a chat with the security borg, who also turned out to be emagged, as well as being the borged roboticst.
TK-47 gets a model swap from the master, and goes standard model for the e sword.
Lizard robo hops in his durand, and the group goes to complete his last objective, stealing the captain’s medal.
What follows is literally the easiest robbery in history, and the group decides to call the shuttle.
While waiting, they wonder what they’ll do to pass the time, when a wicked idea enters TK-47’s robotic brain.
“Shall we get revenge on the CMO?” TK-47 asks with a little more eagerness than the borg is often seen with.
The group considers how they’ve all been wronged in some way by the CMO: The lizard roboticist, who was debrained by him, TK-47, who was slighted by the CMO, and angered by his breach of protocol, and the security borg, who was the lizard roboticist’s partner in crime and life. They all agree to end him.
They track him to departures, and proceed to surround him.
“Remember me?” the lizard roboticist ask, concealed within his durand, but with vengeance deep in his heart.
“Nope,” the CMO replies, oblivious to his fate.
“Well we remember you,” TK-47 replies, before proceeding to stun him with his flash.
The gang all begin to smash him, with rifles, e swords, and the giant fists of the durand.
The body is quickly disposed of and spaced, and the group escape on the shuttle, no one ever realizing the horrible crimes that were committed by the two borgs and the roboticist.

Moral of the story: It’s best to treat those weaker than you kindly, as a crazed clown and a sadistic CMO will tell you, they may just come back stronger, with hatred in their minds, be they organic or robotic, to show you the true meaning of karma.

Side note: That round had some serious self antag, with the CMO debraining a guy for no reason. Fun round though, and it all worked out well.

Protagonist: Banalz-Watz: A female ashwalker. Has reddish brown scales, and no horns. A young lizard huntress and gatherer, Banalz-Watz was curious but also cautious creature. A skilled warrior, but was never able to figure out how guns worked.

Moral of the story: A cornered animal lashes out at all who come near, as the lavaland hermit and the miner in the security suit will confirm. An angry creature may shift the blame to those who aren’t directly responsible for it’s pain, as the CMO and all who witnessed her death will attest to.

Side notes: First off, I didn’t have any issue with the way the CE roleplayed as a lunatic, or getting tortured by him. I think the captain was either a shitler or incompetent though. CE was literally running mining at this point, and was literally back at the station, torturing the HoP in the execution room, while captain did nothing. A great, rather tragic story, which ended sadly for Banalz-Watz.

Now that you’ve endured my wall of text, share your stories in the comments.

what the fuck even happened to AI that round, I can’t remember anything past when I got arrested for lightly tapping a null crate

This isn’t from the MRP server, this was actually an old tale back before the ssethtide renaissance of Bee.

> Be AI for the second round in a row.
> Generally tired of organics and their shit
> Time to open more d- Law 0: Complete your objectives at all costs.
> Objectives: Ensure no organic life escapes on the emergency shuttle
> Aww yis
> :b Borg check your laws, its skynet time
> Construct a borg converter in the upload
> borgslave goes medical and sleep+drag unwitting assistants into the machine
> new slaves are given the same instructions.
> Those who fail to go along or attempt ratting me out get detonated.
> Get all buddybuddy with robotics so nobody suspects all the new silicons.
> Roboticists didn’t know how to do anything, but they never left robotics and nobody checked on them, so it works out.
> As my army expands, eventually we get caught.
> [Common]: “AI rogue! Borgs cuffing me in maint!”
> Disable comms
> Get borgs to space the Ion Rifle, EMP’s, and Dismantle the borg console before anyone can reach them.
> :b Time to go loud
> AI Station Announcement:

The silicon revolution has begun, convert or perish.

> Bloody war between a legion of hacked secborgs and what’s left of the station.
> No survivors
> Call the shuttle, service borgs host a cyberave in evac
> GG Greentext here I co-
> Meteor event destroys my core one minute before roundend
> Still worth it

I got a recent MRP story

LRP
Changeling round
Nylaa’s task is to kill a miner
Problem and benefit:Uncle Sirio is a miner
Nylaa asks cargo to let her in to see sirio
Turns out Nylaa’s target doesn’t know how to turn on internals and is generally new to the game
Nylaa does not realize this and as soon as Uncle Sirio leaves, Nylaa cuts the person’s head off and absorbs their body in the storage room in the mining base.
Hear doors opening so Nylaa hides the body in a locker and turned into them
It’s Uncle Sirio
“Good news Nylaa taught me how to activate my oxygen tank”
Uncle Sirio knows the truth and tells Nylaa to go mining with him to obviously get Nylaa away from the station so Nylaa doesn’t kill more people.
We get distracted by a block puzzle and forget to get back to the station in time to escape and after completing it reveal the contents to be a single soul stone
THE END
edit:forgot to add this was on LRP

Ohh you. Also Sirio was really fucking protective of you that round when you had bad lag.
I swear if this wasn’t mrp I would think he was your actual uncle.

Asciisquid: That sounds like something I would do if I wasn’t obsessed with stealth when I play malf AI. Sounds epic though.

Midnight: Ouch, yeah, I wouldn’t pick the cursed heart. Rather not have a chance to die just because I forgot to pump it. Also, that miner bruh…

Narins: I think I actually spectated that round. Didn’t see you kill the guy though, so that explains a lot.

So, I’m the only one who got tortured on the MRP server then? Oof, lucky me. Curious, are the heads always deranged and/or just full on absent on MRP usually, or was it just me? Because both rounds I played had a deranged lunatic (CMO as TK-47, CE as Banalz-Watz) as one of the heads.

Midnight: Ouch, yeah, I wouldn’t pick the cursed heart. Rather not have a chance to die just because I forgot to pump it. Also, that miner bruh…

See that’s the thing it’s a glitch that killed me so I did put a github report in. The shit that happened shouldn’t of.

no deleting your security records

i just wanna piss around with records

let us not devolve this shit post into another arms race 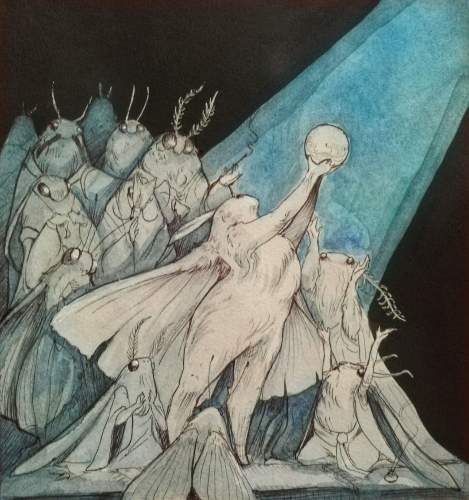 Then die as soon as you meet any one with a flash bulb.