For context on why I’m making this, I recently got a note about using a syndicate radio implant (granted it was a incursion one, which was suppose to blow up but was bugged (I reported it and it got fixed)) as the warden

I’m here mostly to talk about that sec should be allowed to use syndicate gear when it directly benefits security and the station in certain situations, aka when the usage of syndicate equipment isn’t “personal” use. I believe the purpose in Space Law that says that sec aren’t allowed to use syndicate gear for “personal reasons” is to prevent officers from just collecting syndicate weapons and such. Using a syndicate radio implant or a syndicate encryption key for the usage of monitoring the syndicate radio channel shouldn’t be considered using it for “personal use” because of how it directly benifits sec and the station and makes IC sense to do so. Other equipment that could be used for the benefit of the station, in specific cases, is the briefcase launch pad. If one is compensated it could be used to kill a malf AI, enter enemy ships that have turrets easier (pirate ship mostly, I don’t think nukies would purchase a launch pad instead of more weapons), use it to teleport a bomb into the middle of a blob (though you could just build a standard pad for this), and other similar ways.

I agree fully about equipment but there must be a clause that lethal weapons are not ok.

Uhh, isnt radio encryption is the only thing sec allowed to use freely? Multiple admin have this opinion at least, eventho most of em are kinda strict on traitor items use as sec.

And an admin once said that sec should not use syndicate item to not send mixed message to the crew, while thats kinda the IC reason, most likely the biggest reason is to not ruin antag experience by having security geared with something very unexpected. (So they will have no/less surprise advantage) and that tied up to powergaming rule

And most admin do let you use antag gear, that is theres present IC reason to use it, ie. armory ran out of gun for some reason, and theres only contraband locker while the brig is being assaulted by antag. And im sure you will be allowed to use launchpad IF theres a very solid present threat, but in the meantime where threres no threat, it should be locked inside contraband lockers.

In the end, if its not really dire, just ahelp, once when i asked for these sort of stuff the admin allowed me to use a contraband (with correct reasoning ofcourse).

The main thing is I don’t think you should have to ask a admin if it just has good IC reasoning, especially that sec not being able to use syndicate gear is a Space law issue, not a server rule so it should be handled IC and not by a admin. If anything, the admin should send a inspector down and just give them in the briefing they need to check if sec is following space law

especially that sec not being able to use syndicate gear is a Space law issue, not a server rule

Untrue, its basically the only way security can be banned for powergaming

…its basically the only way security can be banned for powergaming

Eh… not really the only way.

You get the point, powergaming for sec is way more leniant than for a paramedic or an engineer

There are plenty of times I wish I’d had an emag as a sec officer. Standing outside a department waiting for AI to let me in while a traitor was killing people.

It would be nice if, once the station gets to a high alert, sec could automatically get access to all the standard departments. Medbay, service, cargo, science and engi.

Uhh what.
Bunch of admins said it’s fine to use the radio and I’m not gonna “admin shop” for a second opinion since it’s against the rules :trollface:

If I arrest a traitor and he has syndicate radio on him, I will use it or give it to the detective to sniff out traitors.
It’s not like this happens often.

If I’m in brig and AI is trying to murder me by shocking doors and plasma flooding then you bet I’m gonna use the double esword from the contraband locker to save my own life.

Pricky_tomato probably did something more in order to piss off someone, no way you would get noted for that

I discovered a bug in which the incursion implant didn’t explode after a short amount of time after implanting it into myself (which I reported on github sometime later), did surgery as warden (though as I’m typing this I can kind of put a IC reason on how a warden would be able to know how to remove a implant), and also had like a long argument over not reviving the traitor I had taken the implant from. I didn’t revive him because from my own mistakes, the traitor removed his cuffs and managed to take my shotgun and got killed by witnessing officers and I didn’t feel like reviving someone who not only killed the captain but almost killed me and other officers.

Sadly you can’t appeal notes, and I’d rather just get it changed to doing surgery as the warden if anything. If anything, the admin should’ve just told me to get the implant removed since it was bugged and was suppose to explode. But, I had been chatting with the admin took so much time that officers had to borrow my ID to get into the brig so they can get weapons for stuff happening on the station and by the end of it my ID was outside of my office and I was stuck until a traitor found it and then killed me

We ban the usage contraband because they become very unfun to play against as a traitor. While its debatable if radio key is acceptable it basically cripples antags like incursion extremely hard.

I’ve literally seen a HOS get away with using a dewsword because “there was 3 different threats”, though how the desword was going to help with meteors I’ll never know.

I love the feeling when people giving me the look for using contraband as hos, while im actually an antag acting as hos. Its either a," this hos is based look" or “im going to ahelp his ass look”

But yea, when your security using illegal contraband as weapon in the open, you should start asking questions.

Syndicate equipment is an evidence so should be bagged, locked away and documented to assure the chain of custody and prevent any tampering with it.

But just like @Ausar said it pretty much depends on the situation
Using syndicate radio usually takes place in ‘the middle of action’ helps to gather a lot of intel about the threat-how many people are you facing, their target and possible location. Picking radio in that context and for example getting one from uplink of clumsy traitor you arrested early in the round are too different things. I’m pretty sure no one would mind you using it in the first scenario but would probably treat second scenario not only as space law violation but also powergaming.
I don’t think admins would use it against you if you reached for syndicate equipment in dire need when normal procedures can’t be followed and there’s no other choice. To be safe try to always consult it with a head or at least another officer and lock that thing away the moment immidiate need passed.
If you’re not sure if situation calls for it then it probably doesn’t but ahelping is probably the best way to know it for sure.
This is a thing about SS13, there is no one answer what to do and how to behave, bunch of rules can’t account for every single variable in this complex ecosystem so there will be always this grey area where it comes down to decision of admin at the spot

Also keep in mind that security is not trained to use syndicate gear. While they can have some training with their most popular firearms I doubt they get to work with launchpads and other gadgets

Simple, skillset system when? Put your socks coders, and we need to bribe crossed to aprove it.

That works fine when it comes to weapons, but conducting espionage on what’s basically suspected terrorists is very in-line with police and/or security. If I see someone getting mad over sec using comms or similar, I’m definitely gonna call salt before anything else.

We ban the usage contraband because they become very unfun to play against as a traitor. While its debatable if radio key is acceptable it basically cripples antags like incursion extremely hard.

You can’t even really use incursion implants because they make you explode if you implant them into yourself and you aren’t a member. Radio keys are harmless at most, that and honestly if it’s banned then it needs to be a hard rule explicitly banning sec from using any equipment for any reason instead of space law not allowing the personal use of equipment.

And it doesn’t make IC sense that a police force would get access to the enemies communications, but not use it to monitor traffic on those signals.

its in SOP, which is a rule to be enforced for the HoS(and maby warden dont quote me on that)

but not use it to monitor traffic on those signals.

Not the local police office no it would likely go to the FBI/CIA if its as major as a enemy orginization. SS13 case it would be CC

It isn’t in SOP, it’s only mentioned in space law 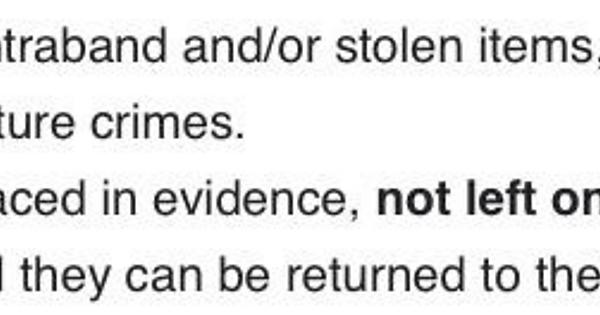