They’re imprisoned for their crimes 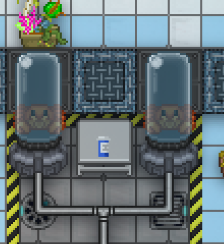 Me and some other people were looking at a BS anomaly, to our surprise we met our demise by being teleported to the middle of an asteroid wall bless having sensors max, there was a fourth victim who drifted into space and looped but he also got rescued 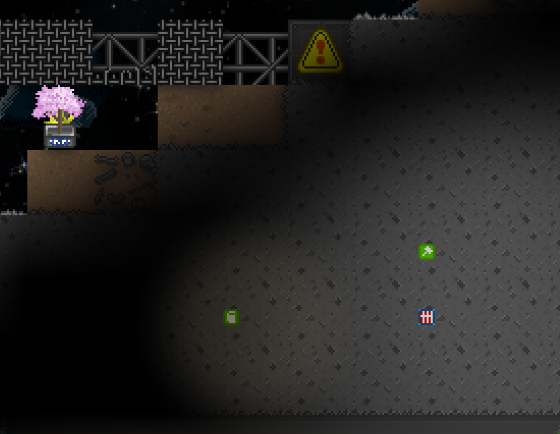 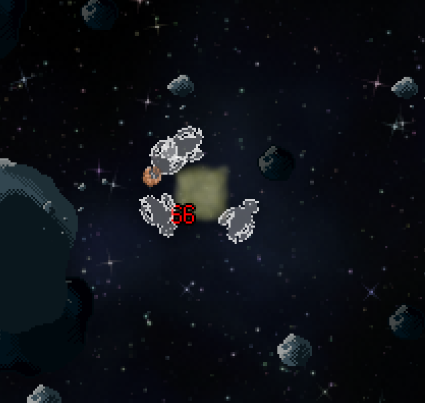 @AgentCitrus tries to sue God for giving his client bad genes and asks me to be God’s defense lawyer, which I agree to.
His client eventually brings a shit ton of cheese and floods the lawyer office and the courtroom with cheese. 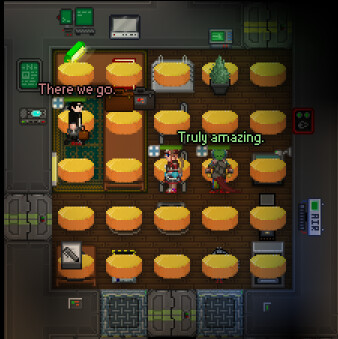 After that, we decide to start the trial and try to summon God, who decided to manifest as cheese. 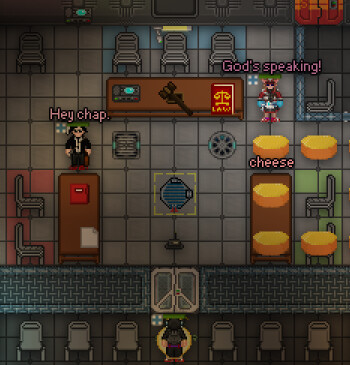 God eventually gets sliced, and then eaten, resulting in a court brawl. (No screenshot for that unfortunately)

Shortly after God’s “murder”, this happened.

The mime barely arrived and immediately proceeded to toolbox people near dorms. 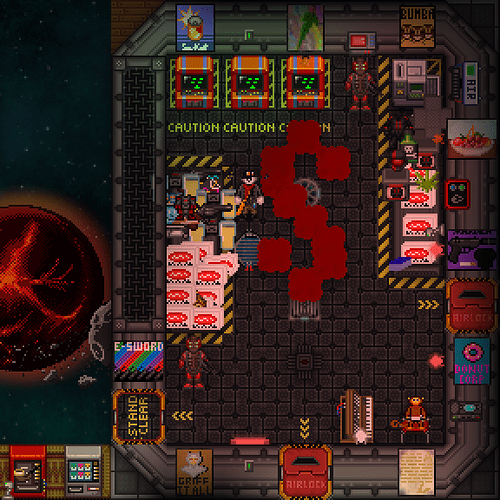 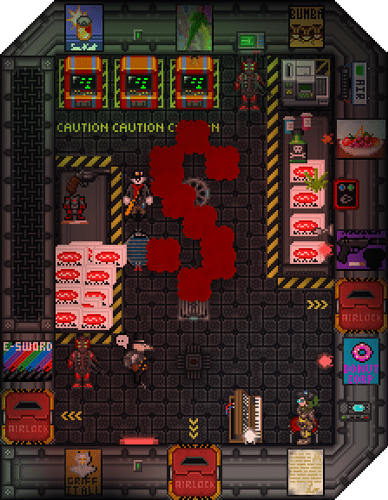 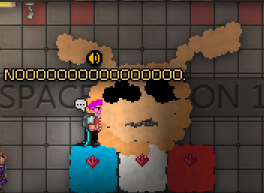 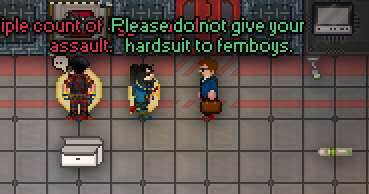 Kate Garrison spent the entire round with a basket ball yet… when the time came to face Ballosus… she lost it… NEVER DROP THE BALL, NEVER STOP BALLIN 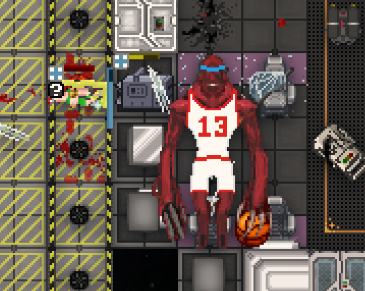 What excesive cloning does to a mf (bad engrish ahead) 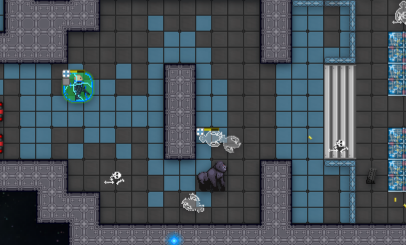 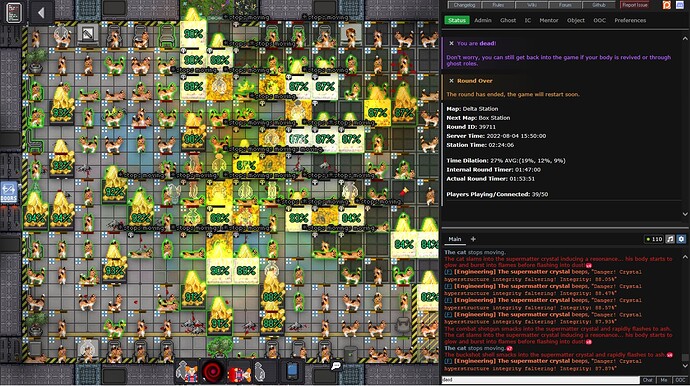 Speaking of that last pic…

On that same round the captain gave the catboy a job as the “Captain’s pet” and sent him to the warden office, who spent most of the time during the round laying on a pet bed. He turned out to be a tot who managed to get a greentext out of that.

PLEASE EXPLAIN. WHAT WERE HIS OBJECTIVES

Body seems unclear, is it a complete sentence?

The objectives were to steal the captain’s medal and some gimmick objective that was barely followed through IIRC, I assume he asked for one. 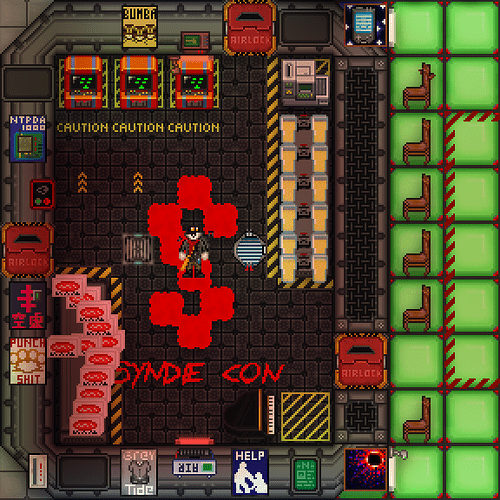 Saw this RP gem last round

Round from a few days ago when i was turned into a sentient gorilla and tamed. I tamed a medibot and rode on it. Then the borg hopped on me. Then sparky hopped on the borg. Then IGA the PAI was placed on Sparky’s head 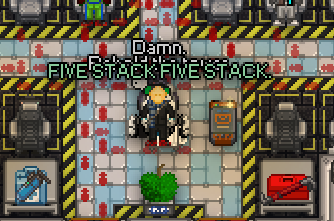 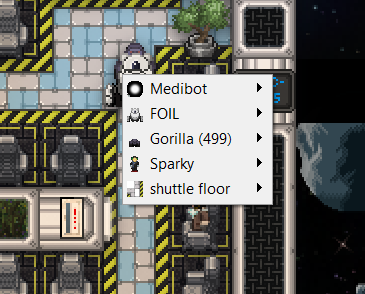 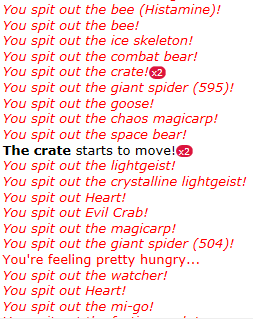 A story in two parts. 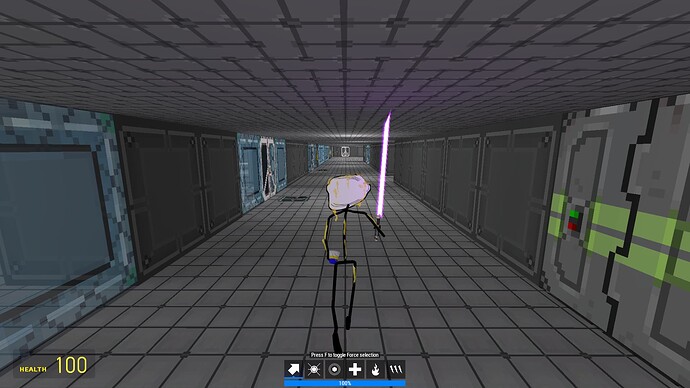 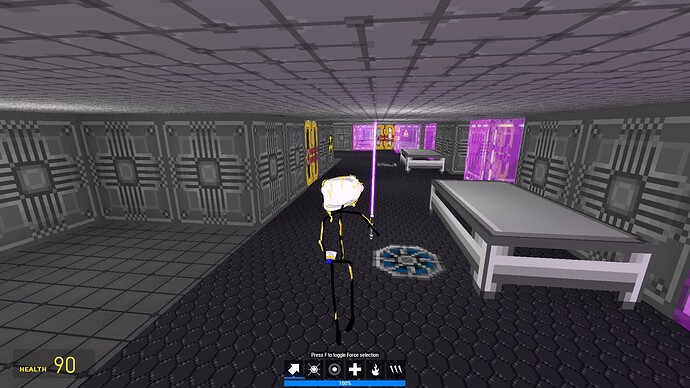 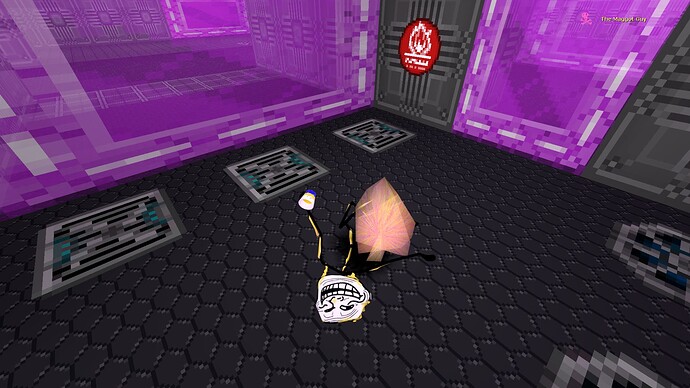 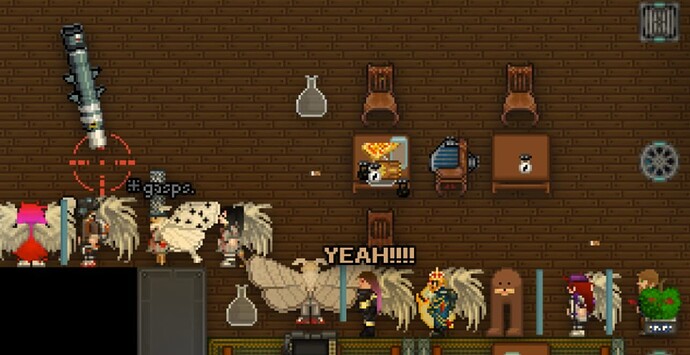 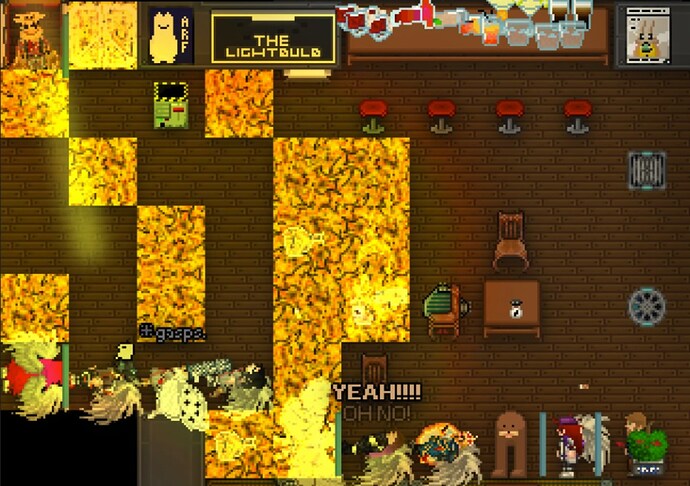 The neverending conga! Even ERT was deployed to stop it!