The only real benefit is to catch out antags who intentionally delam the SM, but that can already be placed under sabotage if it’s intentional.

The point of SOP and space law isnt to catch the valid and let nonvalids go do whatever they want. Being new may be a sufficient enough excuse for admins to not ban you, but is completely irrelevant IC. They hired you to be an engineer and expect you to not explode the one thing you’re responsible for not exploding.

Imagine you owned a nuclear reactor and the guy working in the control room accidentally exploded it, and his only excuse was “sorry i‘m new to this job”. Do you think he should just walk free without consequences like nothing happened?

Do you think he should just walk free without consequences like nothing happened?

I don’t think that, but I do think the consequences scare a fair few new players from playing engineering which is equally as bad.

New players don’t play engineering because they don’t know how to set the SM in the first place, not because they’re scared of consequences. This will do nothing to improve engineer staffing.

I had believed it was because they were scared of fucking up the SM and then getting demoted for it.

From my experience not even that, they’re scared of getting bwoinked for it.

In my experience, of the few times I have played engineering and messed with the SM a little bit and every time it explodes.

Pumping Nitrogen into the SM is both slow and confusing cause the place you put canisters to feed directly into the SM isn’t uniform across stations, making it something of a crap shoot if you can ACTUALLY STABILZE IT or have it in a neutral state for before the the thing starts DELAMING from heat.

the fact that the SM’s air alarm isn’t set to FULL PURGE and the room has an normal atmosphere from the start rather than a vacuum also sucks, because that means that engineers still learning it are on a timer for when either it decides to start delaming because of the base atmos mixture in the room or when power goes out and shit gets fucky then too.

I suck at Identifying the pipes and plan on going into there with a gas analyser and T-ray scanner to smack all the pipes and figure out how the loop works, similarly with atmos, at some point, because all the pipes are a mess and I feel like there wasn’t a concerted effort to make everything clear.

the fact that the SM’s air alarm isn’t set to FULL PURGE and the room has an normal atmosphere from the start rather than a vacuum also sucks, because that means that engineers still learning it are on a timer for when either it decides to start delaming because of the base atmos mixture in the room or when power goes out and shit gets fucky then too.

The SM doesn’t delam from the roundstart atmos.

The SM does delam from a vacuum.

this is important information to know, shows how much I know about engie, that thing IS a fictional simulated reactor core and god I hate it.

Being an OOC beginer friendly server does not mean we will or should compromise on what makes sense IC. Neither does it mean they should be handheld or hugboxed. It means that they are free to make those mistakes and learn from them.

If the newbie engineer fucks up the SM and it goes kablewie, thats an entirely IC issue. non-chief engineers absolutely have a licence to fail aslong as it’s an acident. There are no real punishments for still being new to the job.

IN CHARACTER, however - of course you will be demoted for blowing up the stations main power source. If you get hired as an electrican somewhere, go do a job, and somehow manage to blow out the entire city blocks power, do expect no consequences? Now imagine that but you live an corporate dystopia instead.
The point being, and incompetent engineer keeping their job makes no sense.

Also having the detonation be potentially detrimental to your character drives IC conflict and makes roleplay more interesting. Perhaps now your character is going into a depressive episode, you can roleplay the consequences. Or maybe you vow to never make the mistake again and spend all your time in the library, reading about supermatters. Maybe instead you give up on engineering altogether and ask to be transferred to janitorial.

It really wouldn’t be such an issue if atmos wasn’t so broken and made the SM delam at random, forcing it to produce way too much O2 and barely cool down.

Whenver I hear the phrase “Beestation is a server for beginners” I have to chuckle.

What your saying is pretty much right, if I was new player and got demoted or permad for accidently blowing up the SM, I would pretty much stop playing as engineer for a very long time. When I was a newbie who accidently blew the SM I would get scolded to not do it again. I mean one time somoene threw me into the SM… but lets not talk about it.

I am really happy that I managed to begin playing ss13 in 2019 wish I had the luck to play it much early on not gonna lie.

ive observed it ive disagnosed it. engineers cannot fix it… it fixes itself if it so chooses (rarely). it has no ryme or reason. an SM can work perfectly fine for 40 minutes and without ever getting touched randomly catch oxygenfire

They committed grand sabotage they should be executed. 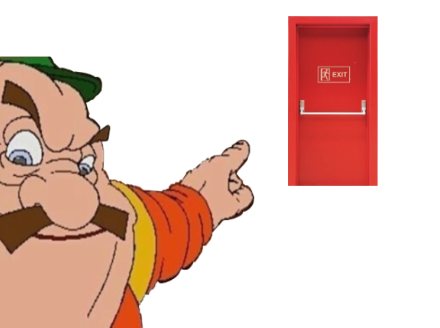