Gives science a goal to work towards at the start of the shift and stops assistants from spamming AI round start to get into places. Also means crew will have to rely on each other for complex problems when there is no AI around.

Then once an AI is built the crew will feel more attachment to it, since they made it.

I am dead serious, I think this is a good idea.

Thank you for your time 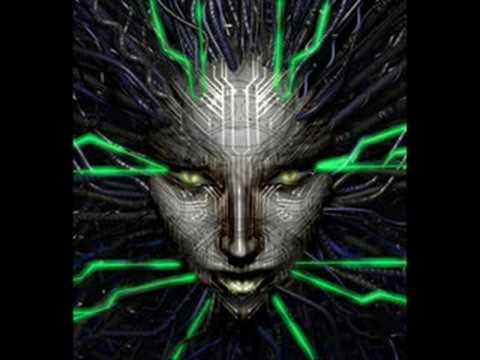 Only issue is it would mostly prevent the AI from being an antag (outside of dynamic) and relies on a ghost player to get a AI. Personally, I would still like to have the possibility for malf AI’s instead of it being almost impossible

I actually didn’t think about that.

Perhaps have malfunctions happen sometime after the AI is built

Great idea, less validhunting/greytide enabling AIs is better for any round.

Silicon roles often get subverted already, they have a much higher chance of being an antag-like role during a round than any other role. On base laws they already murder and “antagonize” crew as the laws are flawed, no need for malf AI in addition to that.

Counterpoint: I want to play AI all round and there aren’t enough people like me, especially in that group of people that observe instead of joining the game, that would take the AI role.

I think the game would be better without it at round start.

That is all I said

i dont think it would be a good idea considering. sci got plenty to do
they will always rush an ai in 10 seconds simply because its that valuable

Also means crew will have to rely on each other for complex problems when there is no AI around.

there arent really that many “problems” the crew face without an ai outside of door issues and not knowing what;'s up
an ai’s goal is to be an informant/inteligence distributer and data collector

issues crew wont really know they have until its to late

also the afromentioned lack of ai divercity since QM will always put the most optimal lawset. removing the little AI divercity we do have. also no antag ai

I can see your other points, but for this one I recommend having malf randomly trigger sometime after the AI is made.

Fair enough, its not a perfect idea and I know you play AI a lot, I just thought it could spice up rounds more.

And it could prevent things like what happened yesterday, when you were ganked roundstart by a ling.

What will you replace it with then? Ai is a quite big chunk of the game. What bout stuff like robotics,cams,entire bloody ai sat, borgs, are they just gonna be relics of the past? Who’s willing to actually code it?

Who’s willing to actually code it?

Someone who is not me

i main robotics ( cough over 800 hours) and i i am iffy about the removal of roundstart AI.

stops assistants from spamming AI round start to get into places.

but for this one I recommend having malf randomly trigger sometime after the AI is made.

People will metagame this and AI’s would rarely be made.

Also means crew will have to rely on each other for complex problems when there is no AI around.

If this happens, then the roundstart cyborg needs to be removed too since its SoP (lol) for borgs to be synced to an AI for resistance to emag subversion.

Cyborg production may also need to wait until AI is able to be constructed for the above reason.

Not to even mention some rounds with unrobust science department leaves no the eye in the sky to be Lord Emperor of all he Surveys.