Miasma generation via monkies are low yielding and low impact. The cap on monkies available stopped it from going supercritical. Gibs was the way to go but they DESTROY server performance since it could be scaled infinitely.

There is a reason why ike smited Blood tomatoes to the point no gibs are created at all.

This is why we use corpse flowers…?

Gibs was the way to go but they DESTROY server performance since it could be scaled infinitely.

This is what a dead monkey farm is to me. I assumed they were always gibbed because that’s every monkey farm I’ve ever seen

Also if you want cargo to interact with the station for things to see, you need to encourage the other departments to actually fucking give them things to sell instead of isolating them.

I’m very aware of this as an issue - it’s multilayered like many are.

I’m not priority pushing for a nerf to miasma, but it is almost definitely coming at some point.

I mean i blame you for killing the crossbreeds project so…

I wish I was responsible for that.

I never said you were the one who did it.

I said i blame you for killing it by encouraging its death and promoting its downsides.

I missed that line entirely.

@RogueNPS Hello, I’m the one both largely responsible for its progress and also for pulling my support of it.

It is simply back to where it was before I placed bounties on completing it.

Yeah so now the changelog forever says that Bluespace Extracts are “Temporarily removed pending a whitelist exam.” or something to that effect.

The Syndicate Battlecrusier Captain incident happened like 3 times and one time it was very fun because an admin spawned a nuke ops team to retrieve him.

Yeah so now the changelog forever says that Bluespace Extracts are “Temporarily removed pending a whitelist exam.” or something to that effect.

That is one extract (all the others are untouched) and its only part of its loot table. It is still functional and the current state it’s in is much better than the state they were going to leave it in before I jumped in and made my own nerf.

I was really looking forward to the ideas pushed for the symbiotic extracts. They seemed really cool.

A lot of the ideas are really cool, but the crossbreeding system of giving one person unilateral control over that much powerful diversity is not a good system.

The end products are mostly great (a few could be done entirely without like timestops), it’s just how they’re all obtained by one person in acting in a closed system that is the issue.

I believe the crossbreeding system should be tossed and replaced, not all of the end products of it.

Have you ever heard of chemistry?

I have a suggestion honestly.

Hyperstation has a series of upgrades for their xenobiology computers. Idk what they do since i dont play enough to know.

However, you could take something like that and say…restrict crossbreeds to requiring certain upgrades to either the consoles or a separate machine.

Say you need to build a new machine and you have to wrangle slimes into it, then feed it a variety of resources (Not just mats.) in order to get the end result. It would still require a rework. Upgrading the machine would allow you to work with higher tier slimes, get more of something, ect ect.

Nerfing miasma only makes the self antag issue worse, there needs to be a passive income generator for cargo or incentive for departments to comply or want to sell the things they manufacture. It’s very true that when science doesn’t give me the rechargers I need, I’m just gonna break into sec outposts and take the rechargers I need. If Botany doesn’t wanna grow lemons? I’ll steal a bunch of trays and just grow lemons. There’s no incentive for them to comply with me, or for me to comply with them.

That’s where needing to fix the economy and station interaction in general comes in. Money is currently worthless to everyone else and cargo is currently near worthless to the station as a whole, outside of a few select scenarios (primarily ordering synthflesh/Viro crates for med and ordering guns for nukies)

For as long as cargo can create it’s own endless money printer that far exceeds what others can do, this problem will persist, but I do recognize it’s only half of the problem

Don’t forget I’m the person pushing for cargo to have a monopoly on lathes. (Cargo would have an omnilathe and autolathe, and no more ore silo or departmental lathes)

Alright, tell you what

I will pick round start QM, or even cargo, really
And kill the xenobiologist using items exclusively available to cargo to show you that cargo isn’t worthless, just people are too dumb to know what buttons to click.

Also
Botany can automate gold and iron, and semi-automate wood

Don’t forget I’m the person pushing for cargo to have a monopoly on lathes.

pushing for cargo to have a monopoly on lathes. (Cargo would have an omnilathe and autolathe, and no more ore silo or departmental lathes)

Nah. “help, cargo is getting robbed! Our lathes are gone!”

And they’ll have deserved it tbh, you walk up to cargo desk
“Screwdriver please”
“No”
Over the window you see 10 people with BoH’s

Offer crew bohs for every important piece of equipment and cargo is stripped bare in less than 10 minutes. 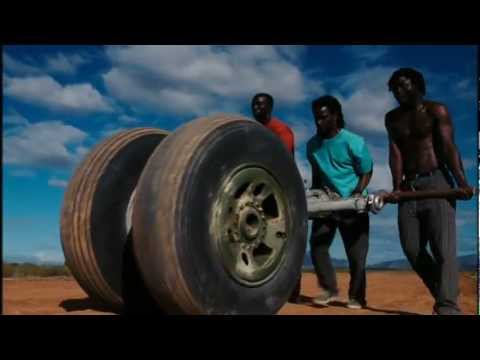 I realized a positive to gas collectors not being a thing anymore on lavaland: Miners are getting their damn auxiliary base back.

Now I can set up a secondary base in a more ore-rich environment later in the round.

…There is now a shuttle dock ready to be placed anywhere. It doesn’t cost me tools (fulton extraction) or resources (bluespace telepads) to reach a mining outpost capsule I set up. And I’m not fighting to place my LZ first.

Now we need to work on cargo being useful and bounties being more lucrative. Fulfilling bounties also helps no one but cargo. Departmental bounties should pay out a hefty bonus pay to the department that fills it out, on top of the cargo budget payout.