Im known for my fairness

i dont think fully removing xenobio would be a good idea at all, but say crossbreeds i wouldnt complain.
Yea, in some ways removal bad, but man there is a fucked amount of powergaming potential there eh?

Or maybe a fundamental rework but >wyci

Removing xenobio would only be bad because it would gut any semblance of depth science has. Base RnD is literally just waiting. Robotics is the same, but you make a cyborg once every now and then and rob the station blind. Toxins is just an act of repetition. Nanites is the only division that has some degree of depth, but also edges the realm of overpoweredness.

TL;DR: Born to seethe, science is a fuck, remove xenobiology.

Dont think full removal is the answer. But i think being able to get tons of every slime instantly with black extracts makes it way too fast to get op and should probably be changed so you actually have to do some effort for the good stuff.

I agree, if you remove xeno sci already stuggles to find stuff to do with 4 scientists. Toxins a one and done in the first 10 minutes, nanites is technically robos, you can stare at the rnd console and press a button every 5 minutes or if you are suicidal you can play with the experimentor till it blows you up. Remove xeno and sci has nothing with any depth to do.

Xenobio is quite cringe its current state with how mouth breathing easy it is. But leaving a void is not great either

Wasn’t there a PR a while ago that proposed blob-like slime farming? I thought it was a great idea, and it made xenobio more dangerous to the scientists which would make it more interesting than a breeding lottery.

Just do something please. I don’t care. Remove it, change it, gib it… Anything is better then this.

I have risen from my 1000 year slumber to say that i’ve been advocating this getting replaced for months.

What ever happened to xenoblobology? Replacing is always better than nerfing.

Either way xenobio and exploration existing is still a comedy joke after the nerfs other departments cough mining cough botany got.

iirc one of the main coders behind it was underage and got yeeted during the minor purge, might be mixing them up with someone else tho

Superpowers I think should not exist in xenobio (or elsewhere), as they only lead to powergaming and validhunting:

I still like the idea of blocking the console behind some discovery research (not disks, disks are shit), so the early game you have to do manually.

Some things like oil grenades need drawbacks (like perhaps they use blood on each activation, so there’s a reason to also convert yourself to a slime since slime blood has accessible ways of being regenerated).

Genuinely funny reading what you wrote 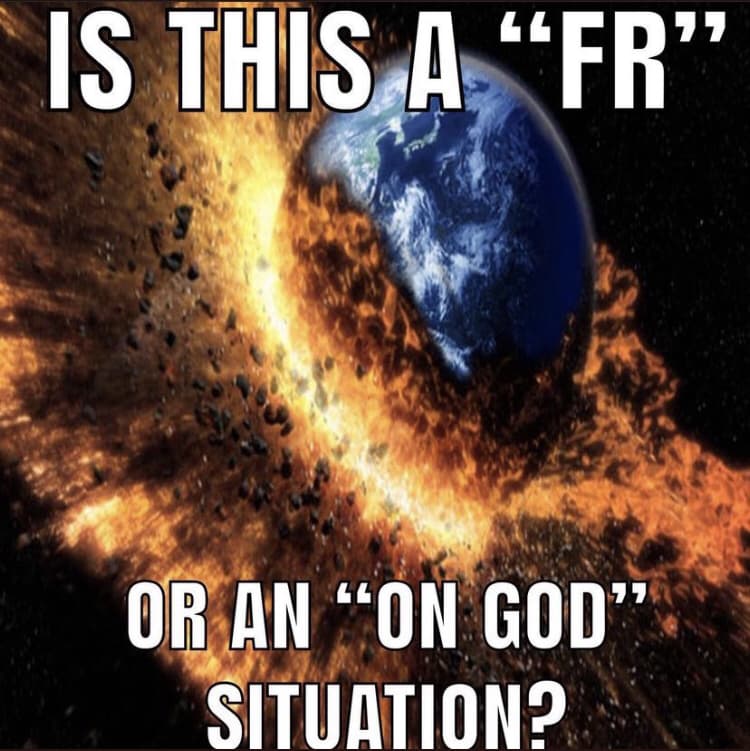 I guess not a lot of people read my epic guide (submission) on how to unfuck xenobio balance, but anyways. Making slimes give cores based on atmos, and etc is not necessary. The main points are:
Make xenobio more dangerous (remove the console, make slimes deal more damage and maybe do it on a distance, unreinforce some parts of the lab)
Make xenobio bypassable (add reagent recipes for sentience potions, replace radio potion with an implant, etc)
Make it possible to start a ghetto XB lab (add a chem recipe for grey slime core)

replace radio potion with an implant

Im pretty sure it actually gives you the implant tho im not sure you can remove it. I dont think they are separate items.

I actually like your ideas tho except for doing more damage because its irrelevant. Slimes already dont attack IPCs or Ruko’s fetish, both of which are roundstart races. Increasing slime damage will only push more scientists to playing non-humans.

I play an IPC and i do Xenobio. You have no idea how fucking broken you can make yourself. And thats without actually Powergaming. Just playing it normally and relying on RNG.

I have 3 suggestions. 1: Decrease the amount if slimes that result from splitting from 4 to 2. 2: Instead of just mindlessly feeding the slimes to make them split, require them to mate with another slime of the same color or its previous color (Since the chart is cyclical this works fine.), preventing speedruns and relying more on Xenobio’s generally chaotic RNG. 3: Tier 3 and 4 slimes wont be created without applying a potion to a slime capable of going to a 3 or 4. This potion can be derived from a Tier 2 slime. It will always result in the next tier of slime that comes from that color once fully fed and mated. Only one of the mates must have the potion applied. This stops mass stacking, creates an artificial limit on the number of high tier slimes, and makes higher tier slimes harder to get. Experienced players could probably figure out how to do this quickly while new players could use the time to learn the system better.

Edit: I suggest putting the slime mating potion under Dark Purple since it literally only has one effect. Injecting it with blood causes the potion. Requiring a blood sacrifice to continue the process. This also slows down Crossbreeds.

Since this is my fault, I’ll propose a number of solutions proposed over the years. These can be taken alone or together as a significant rework to xenobiology, including one or two of my own.

Slime Redemption Machine
Scatter a few machines around the station, about one per department, and have them give points when relevant cores or crossbreeds are put into them. These points can then be spent on things like T3 and T4 slimes, potions, or even the ability to crossbreed. This helps get the xenobiologist out of the lab, and skill-gate the advanced crossbreeds, but doesn’t really drive interaction

+rep
This system would allow a crew member to give reputation to other crew members via their PDA. Social jobs like bartender and chef can purchase things from this rep, as well as the xenobiologist. Similar to the SRM but it encourages less routing and more social interaction. It also doesn’t cuck traitors since they can just steal PDAs

Arcanologist
It’s on forums, criticize it there.

Primordial Zygotes (this comes with removing crossbreeds btw)
This comes from a ruko idea of making slime breed obtaining a committal process. The idea effectively boils down to giving xenobiology one or two Primordial Zygotes at roundstart that can be specialised into your choice of smaller, 5-6 colour trees of slimes.

This allows you to preserve what’s good about modern xenobiology crossbreeding (things that are only used for gimmicks or themes with little or niche combat use) by moving it to alternate geneologies and make things like mobspam a committal process, as you’d need to use one of your zygotes to spec into mobmaking and the other to go down the sentience tree.

It also allows you to add to xenobiology without multiplying xenobiology. Previous ideas for new slimes (verdant, strange, tech for a few examples) couldn’t be added as each new slime would need to crossbreed with each other type of slime. Adding a way to split the slime geneology would heavily restrict the upper limit of power while keeping the depth of interesting mechanics, while simultaneously providing a convinent excuse to remove the things you don’t want to keep from old crossbreeding burning yellow looking at you

You may cite this as not solving the fundamental lack of interaction problem, but this would also allow you to make certain lineages of slime have different feeding and mutation methods. Perhaps slimes of the Verdant line only grow when on grass, or slimes of the metal line feed upon ores instead of monkies.

I think the bottom one requires the most effort with the least being lost, but all of these ideas are at least servicable replacements or reworks.

None of these address how absolutely broken the powers gained from xenobiology are, regardless of which subsection of said powers you get.

Did you miss the fact I said “Yeet all the stuff you don’t want to keep, and if things are too strong together put them apart so it’s that to the exclusion of everything else.” Or just give them one zygote and put broken combos in different trees so you can either get the funny camera tree which gives you the base sepia extract for like half an hour of work and nothing else.