Petition to re-open my Admin App because it got closed almost immediately after the racism allegation, and as a result there are no admins on LRP

Before the racism allegation, I was at a +1. Afterwards, someone switched their +1 to a -1, and another person came out to give a -2, citing the allegation as one of the main reasons. And then, just a few hours later, even though practically everyone came out against the accusation, the app was closed without giving anyone a chance to change their vote, because it was “at a negative”.

But I’m not mad because I got called racist and lost the vote because of it. I’m mad because round after fucking round, there are no admins, hell, even if you ping them on the discord they rarely show up, and some 2-bit shitter gets free run of the station to kill and maim as they please. And it’s not like it’s a rare occurrence either.

One round, the HoS asks me to a random search, which I agree to, but then he flashcuffs me, and after he searches all my stuff, burns it all with some sort of an acid spray, then welds me into a locker with the cuffs still on, and when I fight back, lethals me and welds my cuffed body in a locker again and then welds the door to the room shut. No admins.

Very next round: Greyshirt sees me get attacked by a xeno and uses toolbox to finish the job. It was excusable because it was his literal third connection in the game, but still frustrating. No admins.

Next round: Greyshirt takes my CE suit to set up sm despite it being a unique item and there being an alternative. Doesn’t give it back, and then later another engineer loots my body instead of dragging me to medbay to revive me. No Admins.

Next round. Chem trespasses into my (CMO) office and rushes towards my hardsuit when I tell them to leave. escalates to curb stomping over a conflict they started, then after I revived them (because I’m not a dick) they found my dead body and made a grenade and blew it up. No admins. Thankfully bloons did join later on, so I was revived-- but shit like this happens practically every round. (There was I think one round in between all those where there wasn’t a shitter, but that’s it.)

Hell, just this round, after the CMO traitor attacked me and burned all my items with a fire/acid spray, (weird coincidence?) 2 guys, one with a fire axe and one with a chainsaw arm, instead of stopping the antag or helping me, immediately rushed through the hole in the wall and started bashing the HoP locker. Then when I hit them with a plant after shoving trying to shove them out, badly escalated to lethals, by killing me and then continuing to hit my body as it was dragged to med, de-limbing it so it would be harder to revive.

There is absolutely no reason that LRP players should have to suffer like this if I can do something about it. And to have my app essentially cucked by a single, false accusation and then closed very quickly after is at the very least unfair, and at least a little bit pre-mature. If the vote fails, or if it succeeds but gets denied, I’m going to make another app in a couple weeks because this is just rediculous.

The poll is anonymous, so vote however you want.

Should Maggot’s Admin App be re-opened?

use this as the.
no, and ban maggot from spamming general.

you daring me to meme this arent you

I don’t think that the accusation was the only thing that killed your application (if anything its more francinum going “Uh, your behavior on NSV do be kinda cringe” that did)…
But they still owe you that dang apology for said accusation.

No, seriously, can you people say “sorry about that”, ain’t asking you to grovel for forgiveness or even mean it. Just the common courtesy of a little “my bad”. Then we all agree to move on and shut the fuck up about this entire clusterfuck, please?

You have two bans from this month about bad behavior as AI, especially looking for situations where you could kill other players for little reason.

I recognize that, which is why I decided a day or so ago to just stop removing people from the round if I could help it, because I’m not a dick. There’s no excuse for acting the way I did.

what does “suspicious” even mean?

Dude, your application got denied.

Stop using excuses to have another shot.

i mean all he’s asking is to reopen the app and let it sit for another day. really not asking for much here

i did vote no though sorry Maggot it was a reflex

although i question the validity of waiting on others… u could just make another app see what happens. if u took it this far what’s another application?

The fact your admin application was denied is the not the reason there are no admins on LRP, please don’t attempt to make yourself into a martyr. Your application was denied for many reasons, the biggest of which is your IC racism; we all know it’s okay if it’s just IC, but your “comedy” went far beyond that.

You’ve taken multiple people out of rounds just because they weren’t human. That’s not a good colour on you at all, and it matches the behaviour of some griefers. I’m all for giving second chances, ergo my initial +1, but I changed it back since clearly you had no intention of changing; you can say you were trying, but getting banned DURING your application says otherwise.

racism isnt why you shouldnt be an admin

your just a shitter <3

Closing this thread since it is non-productive.

And yes, I am being paid by the NanoTrasen/Syndicate alliance to do this. 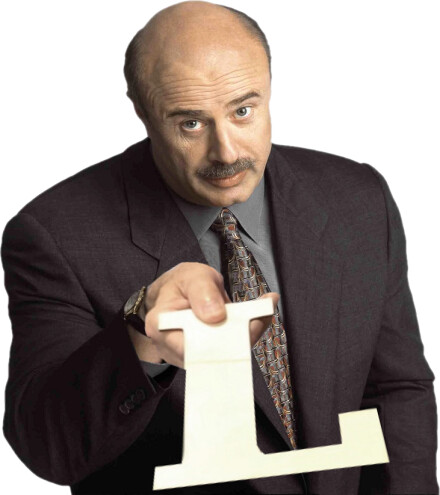