Ban Reason: Maxcapped sec as nonantag. Did similar bombings in past.

Appeal Reason: I think I have learned my lesson. I went a bit overboard on that day as I had just learned how to make bombs. I won’t do it again

Fixed this.
Have you ever played on other servers before, especially during most of this month while you’ve been banned here?

I have not played on any other servers.

I have not played on any other servers.

But you’ve been banned on other servers though…
Starting out with a lie isn’t a good way to get a ban appeal passed. 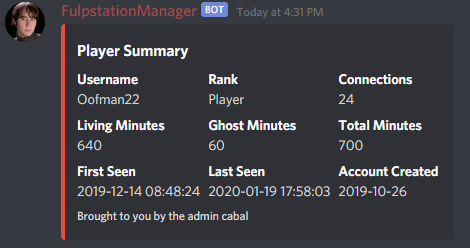 Considering you seem to have not been entirely truthful, and…
I went a bit overboard on that day as I had just learned how to make bombs
Uh huh, despite the fact that you have a note for this exact same incident less than 5 hours in the past, you’re going to need to provide more than three substanceless sentences.